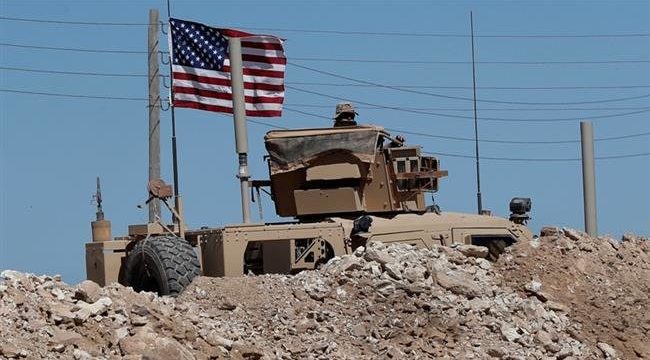 Press TV – The US military says it has established “observation posts” in northern Syria with the purported aim of preventing clashes between Turkish forces and US-backed Kurdish militants, despite Ankara’s strong opposition to the plan.

“At the direction of Secretary (James) Mattis, the US established observation posts in the northeast Syria border region to address the security concerns of our NATO ally Turkey,” Department of Defense spokesman Rob Manning said in a press release on Tuesday.

This is while Turkish Defense Minister Hulusi Akar had, during a Friday meeting with US Special Envoy to Syria James Jeffrey in Ankara, called on Washington to lift the so-called observation posts in northern Syria, along parts of Turkey’ border.

Akar also said earlier that Turkey had expressed its concerns about US plans to set up several observation posts in Syria, a move, which according to him, could lead to a perception that Washington is “somehow protecting terrorist YPG [Kurdish People’s Protection Units] members.”

Turkey’s Foreign Minister Mevlut Cavusoglu this month lambasted as a “big mistake” the US support for the YPG militants in Syria, a thorny issue in ties between the two allies.

The YPG forms the backbone of the so-called Syrian Democratic Forces (SDF), an anti-Damascus alliance of predominantly Kurdish militants supported by the US.

Ankara views the YPG as a terrorist organization and the Syrian branch of the outlawed Kurdistan Workers’ Party (PKK), which has been fighting for an autonomous region inside Turkey since 1984.

The Pentagon’s Tuesday release further said that the US military would coordinate with Turkey its security efforts in the border region.

“We take Turkish security concerns seriously and we are committed to coordinating our efforts with Turkey to bring stability to northeastern Syria,” Manning said in the press release.

Washington infuriated Ankara by announcing a plan for the formation of a Kurdish militant force in Syria near the Turkish border.

The plan prompted Turkey to launch a cross-border military operation on January 20 inside the Arab country, code-named Operation Olive Branch, with the declared aim of eliminating the YPG militants from northern Syria, particularly the Afrin region.

Turkish troops captured Afrin in March, and threatened to take the battle to nearby Manbij. Ankara and Washington agreed a roadmap on Manbij, which would see the city cleansed of US-backed Kurdish militants.

Mattis said last month that Washington wanted the so-called observation posts to help minimize tensions between the Turks and US-backed SDF forces in the purported fight against the Daesh terrorist group.

The Syrian government has given a degree of authority to Kurdish regions to run their own affairs. The US, however, has used the power vacuum to establish a foothold in those regions with the help of militants.

Ankara, one of Washington’s key allies in the region, has repeatedly questioned the US deployment of heavy weapons in Syria despite the defeat of Daesh in much of the Arab country.

Syria has strongly denounced the presence of both Turkish and US troops around Manbij.