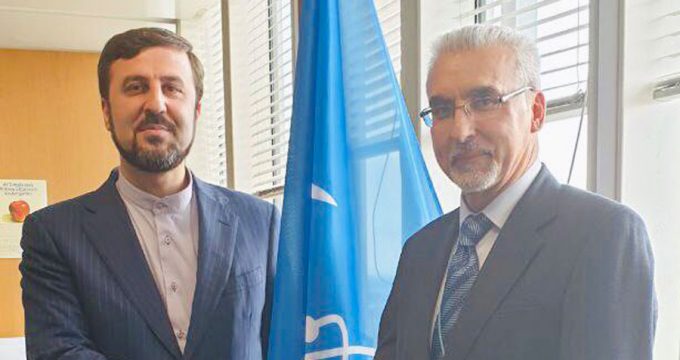 IRNA – Iran’s ambassador to the UN on Tuesday conferred on issues of mutual interest with IAEA officials.

Iran’s Ambassador and Permanent Representative to the international organizations in Vienna, including International Atomic Energy Agency (IAEA), Kazem Gharib Abadi met with Deputy Director General and Head of the Department of Nuclear Safety and Security in the IAEA Juan Carlos Lentijo.

In the meantime, Gharib Abadi discussed also issues of mutual interest with the Deputy Director General and Head of the Department of Nuclear Energy in the IAEA Mikhail Chudakov.

The Iranian diplomat and the IAEA officials explored avenues for development of cooperation between Iran and the IAEA.