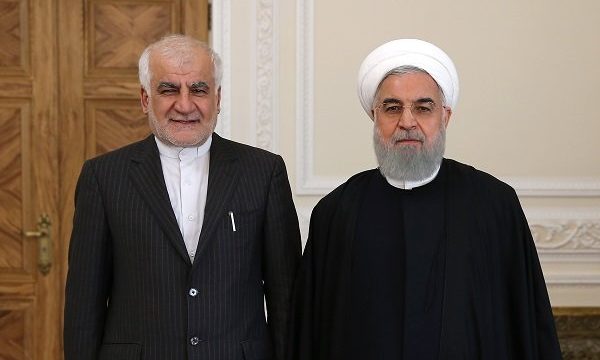 MNA – Iranian President Hassan Rouhani said relations between the Islamic Republic of Iran and the People’s Republic of China is on the right track.

He made the remarks in a Tuesday meeting with the newly-appointed ambassador of Iran to China Mohammad Keshavarz-Zadeh, the official website of the president reported.

President also referred to the common cultural grounds between the two nations and the long-standing relations, stressing deepening of ties between the private sectors to serve national interests of both sides.

For his part, Keshavarz-Zadeh delivered a report on the latest status of Tehran-Beijing relations.