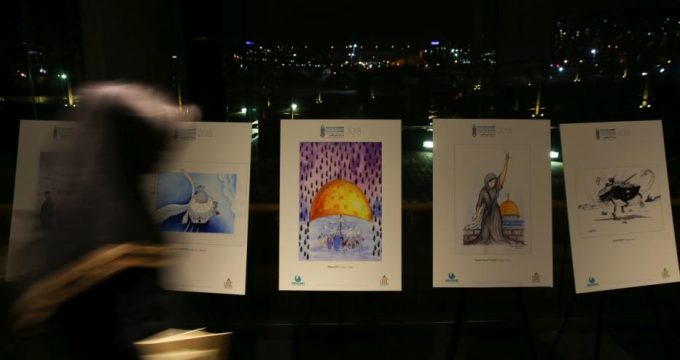 Organised by Our Heritage Association and the World Cartoonists Union, the contest saw entries from 329 cartoonists from 40 countries with a total of 788 submissions. Jerusalem, human rights issues, freedoms, love, justice, culture and different sides of social life were amongst the topics which were covered by the works.

Chairman of the Association Mohammad Demirji said that the association was established to take care about and protect the Ottoman heritage in Jerusalem.