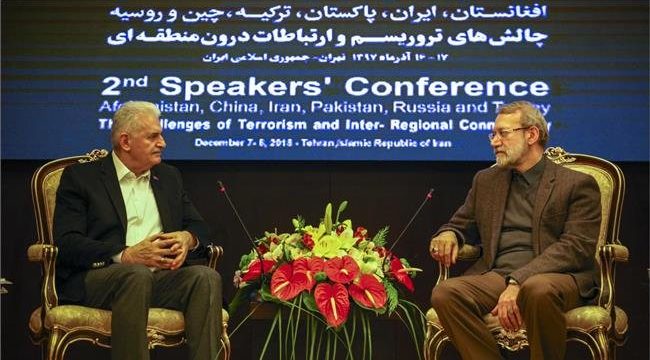 Press TV – Turkey’s Parliament Speaker Binali Yıldırım has denounced the dominance of dollar over the world’s financial transactions, calling on countries to replace it with other currencies.

“The use of the dollar [as a basis of international trade] is a threat against countries,” Yıldırım said on Friday.

“Today, we need to take steps towards expanding trade relations by eliminating the dollar,” he added, speaking to his Iranian counterpart Ali Larijani during a visit to Tehran, where he will be attending an inter-parliamentary summit on terrorism.

Yıldırım further said recent decisions by the US had created adverse effects on peace in the region, criticizing the US for taking measures toward other countries without regarding international laws.

“Overnight, it leaves agreements that have taken immense expert work,” he said in reference to decisions by US President Donald Trump to leave international agreements like the 2015 Iran nuclear deal, the Paris climate control agreement and the Trans-Pacific Partnership trade deal among others.

Such behavior, Yıldırım said, would only upset the world.

Turkey has always been opposed to such arbitrary behavior, he added, and said Ankara believed that such decisions had specifically worked to alienate others from Washington.

In early November, the US returned sanctions against Iran that had been lifted as a result of the 2015 nuclear deal the country had signed with the US, Britain, France, China, Russia and Germany.

Washington has to the same effect threatened countries with punitive measures if they continue to do business with Iran. However, Turkey, and other major countries including China and India have defied the sanctions and Europe is devising a mechanism to circumvent the bans.

Larijani, for his part, said the US’s attitude was already disturbing the international scene.

“The US’s behavior has created international disorder,” he said.

Iran’s Parliament speaker, however, said US’s measures had caused regional countries to come closer in cooperation, and to the same effect taken many states and nations away from Washington. This, Larijanim said, has been “a positive development.”