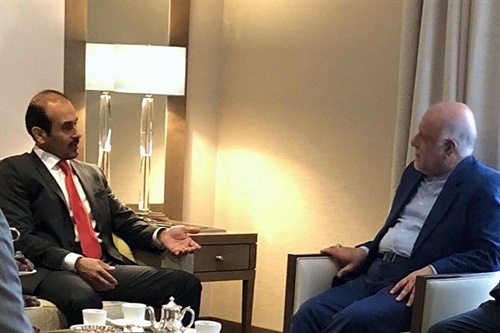 The two sides also spoke about Qatar’s withdrawal from the Organization of the Petroleum Exporting Countries (OPEC) at Kempinski Hotel before the group’s 175th meeting later on Thursday.

Reduced share of OPEC members in the oil market and the growing involvement of other countries in the organization’s decisions in recent years, as well as the cooperation of the two countries for developing the joint South Pars gas field in Persian Gulf waters were the meeting’s highlights.

The two officials also emphasized expansion of cooperation between the two countries.

“Iran is not happy with the departure of Qatar from OPEC and is unaware of the reason behind this decision,” the Iranian Minister of Petroleum had said earlier.