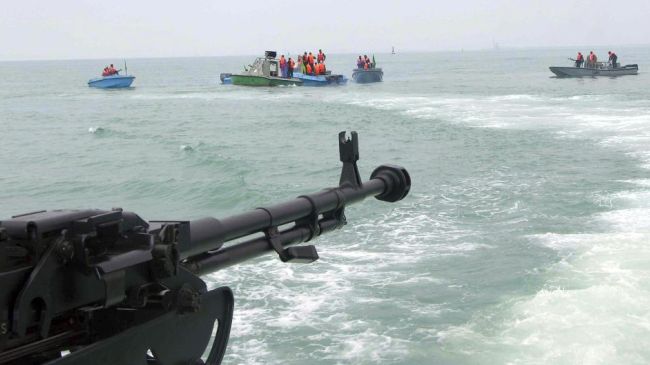 Iranians can hold US aircraft carrier hostage if they want to: Writer

Press TV – American writer and journalist E. Michael Jones says the aircraft carrier is the obsolete form of military technology and the “Iranians can hold the US carrier hostage if they want to.”

On Monday America announced that the US Navy was sending one of its aircraft carriers into the Persian Gulf as a “show of force.”

The USS John C. Stennis and its accompanying ships, which are currently moving through the Indian Ocean, will arrive in the Persian Gulf by the end of this week, The Wall Street Journal reported Monday, citing unnamed military officials.

If true, this will be the first time in eight months that the US steps up its military presence in the region to such levels, the officials said. That’s the longest period Washington has gone without an aircraft carrier in the Persian Gulf in the past two decades. The naval deployment is a direct response to Iran’s influence in the region, the officials noted.

“What we are really seeing here is a demonstration of the rule that generals always fight the last war. The last war in this regard was World War II, when the aircraft carrier replaced the battleship as the main way to project power on the seas,” Jones said in an interview with Press TV on Tuesday.

He said that the “aircraft carriers are portable airports. You can take them anywhere around the world and you can spread your power, attack the people you otherwise couldn’t do.”

He stated that “the aircraft carrier has become an obsolete form of military technology.”

The analyst said that if an aircraft carrier sails into the Persian Gulf, “the Iranians can hold it hostage by sinking ships in the Strait of Hormuz,” and the carrier will be stuck there with no way out.

“The other issue of course is whether the aircraft carrier can defend itself against missiles now. This is the open question. No one knows the answer. The first time the Russians fired missiles from their ship in the Caspian Sea into Syria, the United Sates pulled its aircraft carrier out of the Persian Gulf,” he noted.

Beyond that, the big unanswered question is whether the aircraft carrier can defend itself against state of the art missile technology, he said. “No one knows the answer.”

“The first time the Russians fired missiles from their ship in the Caspian Sea into Syria, the United Sates pulled its aircraft carrier out of the Persian Gulf,” Jones observed.

“So what we are seeing here is a show of obsolete power” coupled with an arrogant foreign policy that has given up on both diplomacy and moral suasion in favor of might makes right, he concluded.