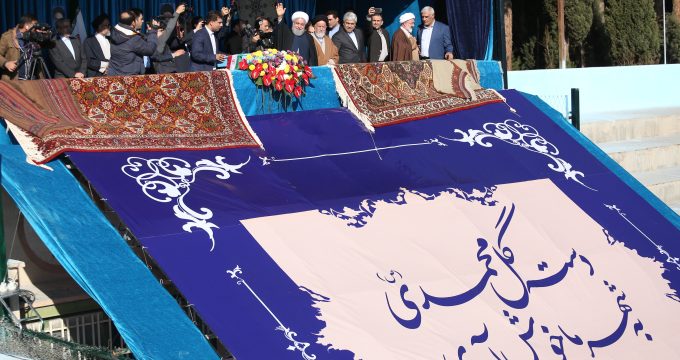 MNA – Iranian President Hassan Rouhani has stressed the necessity of joining anti-money laundering FATF, saying that implementing the FATF standards, whether they are good or bad, provides the needed infrastructure for continuing financial communication with global banks.

Iranian President Hassan Rouhani made the remarks in a ceremony to commemorate the National University Student Day at Semnan University of Medical Sciences on Tuesday.

Rouhani said “JCPOA cleared the way for oil, businesspeople and banks, pouring investment into country,” adding “before JCPOA the world used to condemn Iran; today, the world is condemning the US.”

“If you think that America is victorious, you should know that today, Iran is victorious and Trump has failed,” he said, “Trump failed in the United Nations Security Council.”

The Iranian president continued “last year, the United States asked for negotiations with Iran 8 times directly and this year, 3 times indirectly, but we did not accept their invitation to protect people’s dignity”.

He also went on to say “today is a test day for all of us, and we must stand against conspiracies, problems and inflation together.”

Stating that the battleground has pressure and hardships, he continued “if we are to stand up to the US, injuring and being injured cannot be avoided. We have to prepare ourselves and endure the hardships.”

“Of course, we have never had 100% trust on America and others,” he said, adding, “our trust has always been relative”.

He also went on to say that throughout the history of negotiations, like those with Saddam Hussein’s Iraq, we didn’t need to have full trust in the other party, referring to the nuclear negotiations that led to the Joint Comprehensive Plan of Action (JCPOA), saying “these negotiations were carried out with all authorities taking part, including the government, the Leader, the Parliament and the Guardian Council, and we did this all together, and it was the correct thing to do.”

“Iran is after independence and freedom and is not afraid of sanctions and we will stand up to the enemies together. We have to join hands and stand together,” he continued.

Rouhani also referred to the contracts secured with TOTAL, saying “our oil minister knew how to secure a contract with TOTAL. There was another Chinese company alongside TOTAL that has taken over the work after TOTAL’s withdrawal.”

He also mentioned the issue of Financial Action Task Force (FATF) and said “what we have today is 4 bills on money laundering and financing of terrorism. The heads of the three branches have approved the four bills. The solution is transparency. Good or bad, FATF is the infrastructure of financial relations with world banks.”