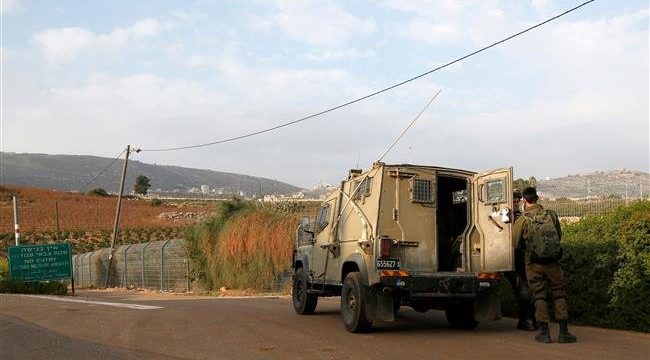 Press TV – The Israeli military has launched an operation along Lebanon’s border under the pretext of “cutting off” what it claims are tunnels dug by the Lebanese Hezbollah resistance movement near the occupied territories.

It announced the operation on Twitter on Tuesday, saying that a number of areas close to Lebanon’s border, including Metula, had been declared a closed military zone.

Israeli military spokesperson Lieutenant Colonel Jonathan Conricus claimed that that “a number of tunnels” had penetrated the Israeli-occupied territories.

He said that the operation would not cross the border into Lebanon.

Conricus, however, said the tunnels “are not yet operationally ready” and therefore did not pose an “immediate threat.”

He claimed that Hezbollah has been developing an offensive plan that would “shift the battleground into Israel.”

Hezbollah would use firepower and ground units and “the surprise component of that plan was supposed to be tunnels that would allow infiltrators into Israel,” he claimed.

According to unnamed Israeli officials, the operation would likely “take weeks.”

The Israeli army reportedly deployed tanks and construction vehicles near the Lebanese frontier around midnight on Monday.

Israeli military spokesperson Avichay Adraee said the Lebanese government was responsible for the build-up of the tunnels.

This picture taken on December 4, 2018 from the southern Lebanese village of Kfar Kila shows UN vehicles patrolling along the Israeli-occupied territories. (By AFP)

Lebanese media also said forces with the United Nations peacekeeping force, known as UNIFIL, monitored the Israeli operations, and that the Lebanese army did routine patrols in the surrounding towns.

In a statement Tuesday carried by the state-run National News Agency, a UNIFIL official said the situation in the area was calm.

The resistance movement Hezbollah was formed following the Israeli regime’s invasion of Lebanon and the ensuing occupation of its southern parts in the 1980s, and currently constitutes Lebanon’s de facto military power.

Since then, the movement has helped the national army retake the occupied regions from Tel Aviv and thwart two Israeli acts of aggression in 2000 and 2006.

The movement has also been playing a significant role in the Syrian army’s fight against Takfiri terrorist groups, including Daesh and al-Nusra Front, thus preventing the spillover of the war into Lebanon.

Hezbollah is also a powerful political party in Lebanon. The movement and its allies currently hold over half of parliamentary seats in the country.

Since the end of the 2006 war, Israeli forces have regularly violated Lebanon’s sovereignty, with the regime’s officials threatening another military offensive against the Arab country.

Hezbollah has repeatedly warned the regime in Tel Aviv against launching a new war, vowing a crushing response to any such attempt.