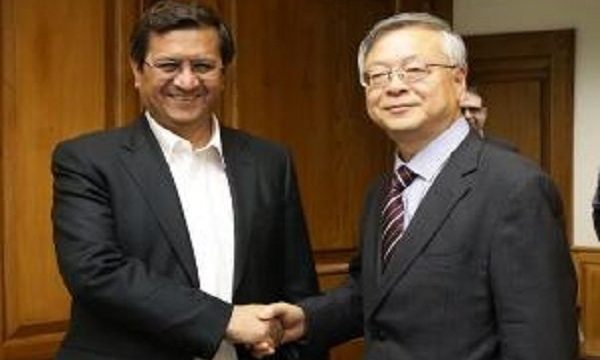 MNA – Governor of the Central Bank of Iran (CBI) Abdolnasser Hemmati and Chinese Ambassador to Iran Pang Sen held a meeting on Tuesday in Tehran, conferring on ways to boost banking relations.

The two officials called for increasing economic ties between the two countries and accelerating the process of solving related banking problems.

The Chinese envoy said that his country is eager to boost strategic ties with the Islamic Republic in the long run, adding that different programs are on the agenda of the Chinese government in this regard.

For his part, Hemmati said that despite US efforts to cut Iran’s financial relations, different countries are coming up with various solutions to continue and expand their banking ties with the Islamic Republic.