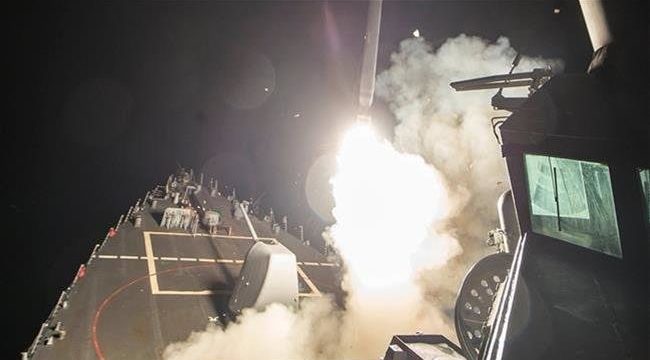 Press TV – Syria says the United States-led coalition alleging to be fighting Takfiri terrorists in the Arab country has attacked the positions of the country’s army in a central province.

“A military source said on Sunday that at around 8 PM, the US-led alliance forces fired several rockets at army positions in al-Ghurab mountain south of al-Sekhneh, causing only material damage,” the official Syrian Arab News Agency reported, citing a military source. The area is located in Homs province.

According to a so-called monitoring group, the coalition forces at a US military base in al-Tanf region fired “more than 14 missiles” at a Syrian army convoy as it was passing through the desert in the far east of Homs province.

“The group was lost in the middle of the desert around 35 kilometers from the al-Tanf base,” the UK-based Syrian Observatory for Human Rights told AFP.

The coalition invaded Syria without a United Nations mandate in 2014 under the pretext of defeating the Takfiri terror group of Daesh. It sustains its operations although Syria and its allies defeated the outfit late last year.

In September, the monitor said US airstrikes had killed 3,331 civilians in Syria since they began.

In April, the US, the UK, and France launched a joint missile offensive against a research center in the town of Douma near the Syrian capital. The incursion came after the allies blamed Damascus for a “chemical attack” in the city’s countryside.

A year earlier, a suspected sarin gas attack hit the town of Khan Shaykhun in the northwestern Syrian province of Idlib, killing more than 80 people. The Western countries rushed to blame the incident on Damascus, with the US launching a missile attack against Shayrat Airbase in Homs three days later.

The countries have been backing so-called aid workers, known as the White Helmets, which Syria and Russia, a Damascus ally, blame for staging chemical attacks inside the Arab country to help justify such military actions.

Syria turned over its entire chemical stockpile under a deal negotiated by Russia and the United States back in 2013.

Israel, the US’ closest regional ally, has also been providing refuge and medical treatment to the Takfiri terrorists fleeing the Syrian Army’s operations. The regime regularly launches aerial attacks against Syrian military targets and the supplies intended for Damascus-allied anti-terror fighters.