Photos: Kurds in Iran hold ‘Bride of the Rain’ festival

Mehr | Aryan Nasrollahi: The traditional ritual of praying for rain, also known as the ‘Bridge of the Rain’, is among the ancient traditions in Kurdish-populated regions in northwestern Iran.

The Bride of the Rain, which is still held in some villages of Kurdistan province, is a ritual in which children sing a special song to pray for the rain.

Locally called “Bouke Baraneh”, the ritual was held a couple of days ago in the city of Sanandaj as a festival attended by various Kurdish groups.

“The festival was attended by local groups from Kurdistan, Kermanshah, Ilam, Qom, Lorestan, Markazi and Hamadan provinces,” said the director general of Kurdistan’s Institute for the Intellectual Development of Children and Young Adults.

He also said the participating groups brought with them over 500 small and large-sized dolls to perform rituals and do the traditional plays.

The ritual was registered as a world heritage by the United Nations Educational, Scientific and Cultural Organization (UNESCO) in 2014. It is still held in some areas during the time of drought or shortage of rain.

The ancient ritual in the Kurdish-populated areas is conducted based on a traditional mechanism and is aimed at warding off drought. A doll symbolizing the bride is used by the people as a medium to hold talks with God and raise the public morale during drought. The doll is made in the form of a cross. The ceremony is always attended by children particularly the girls.

As the name of the ritual reveals, the doll (locally called Bouke) provides a chance to bring together the children. The doll is usually made by a mother or grandmother.

The Bouke (the god of waters) is made of a large piece of wood covered by colorful cloths symbolizing beauty and purity.

Children particularly the girls begin to walk through alleys of their villages in 15 to 20-member groups behind the Bouke. Entering each home, they sing a special song saying “the bride needs water. She wants it for watering cereals. She wants egg. She wants the hairpins of eligible girls.”

Then one of the family members, particularly a mother or grandmother, begins to distribute some gifts including eggs, money or walnuts among the children. She also drops some water on the Bouke and attaches some hairpins to her cloths. Then the children of the home join the groups to visit other homes of the village.

The caravan of Bouke then pays a visit to the mosque or one of the religious sites of the village or goes to the cemetery in which some great religious figures are buried and collectively begin to pray for rain. Then they share the gifts among themselves and put the Bouke near a river or fountain.

The first festival of Bouke Baran was held on November 28 and 29 in Sanandaj with the goal of restoring traditional and ancient rituals and promoting them for the new generations.

Below you can see photos of the festival taken from Mehr News Agency: 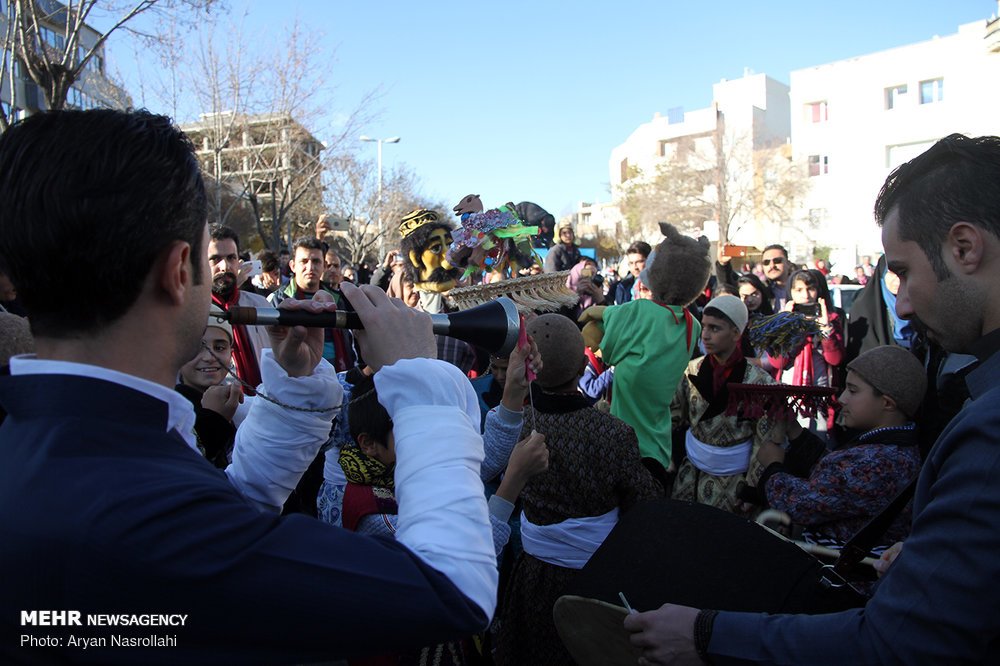 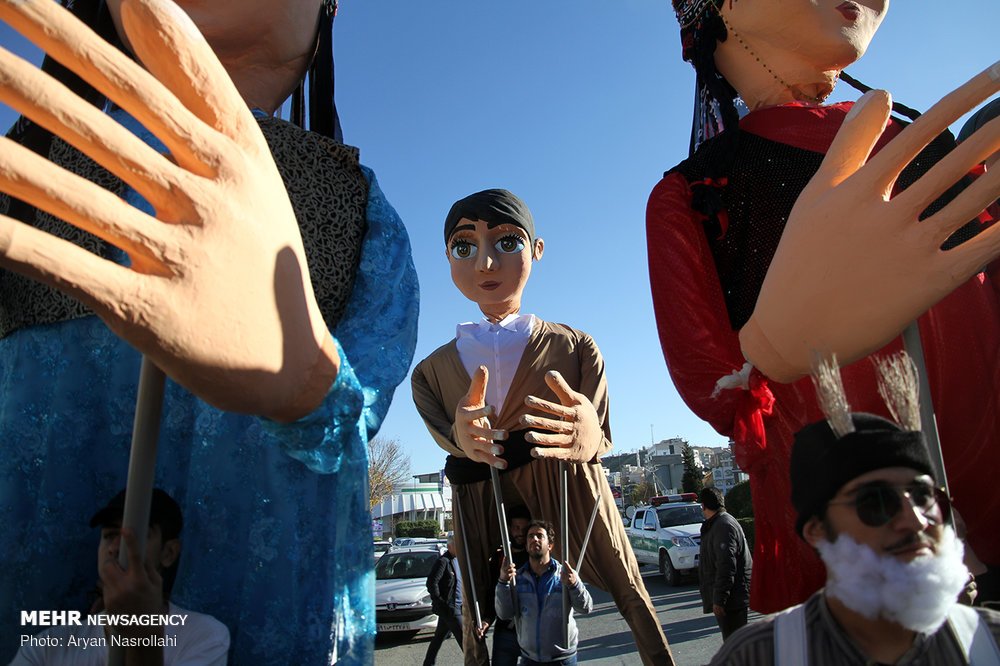 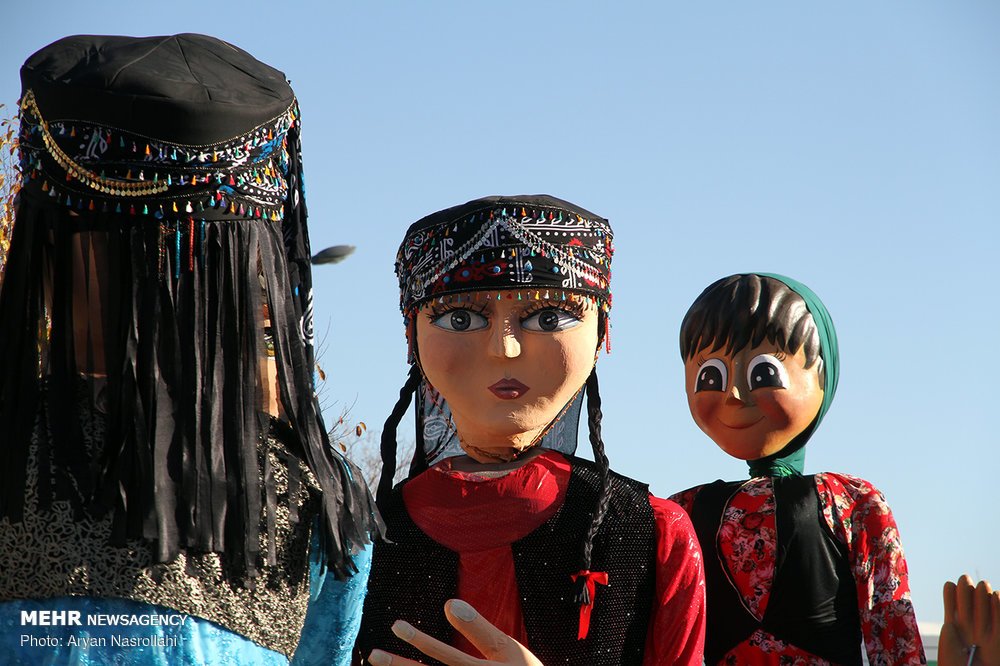 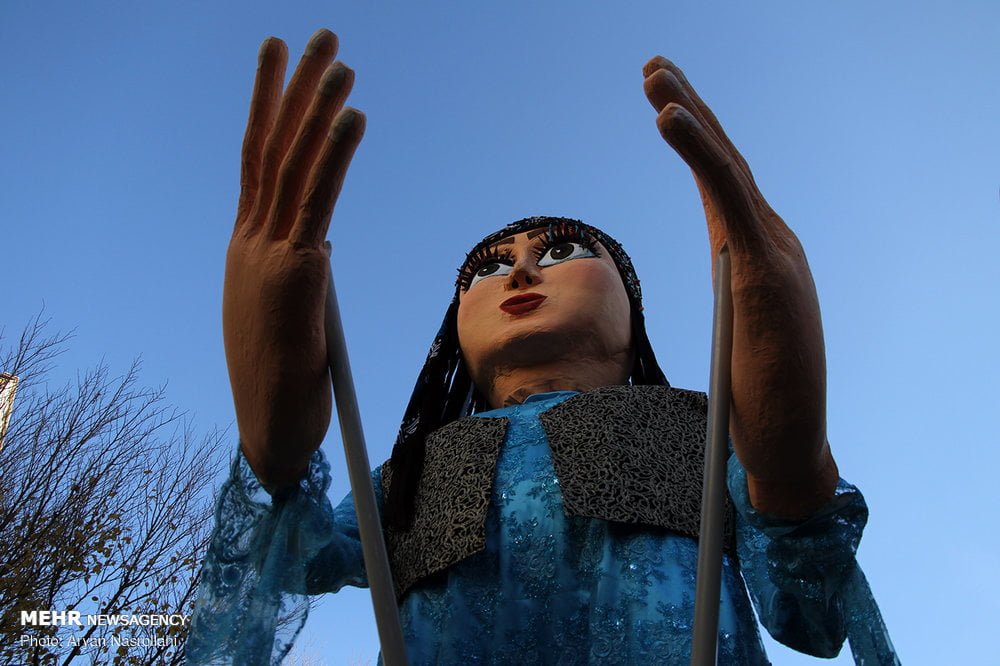 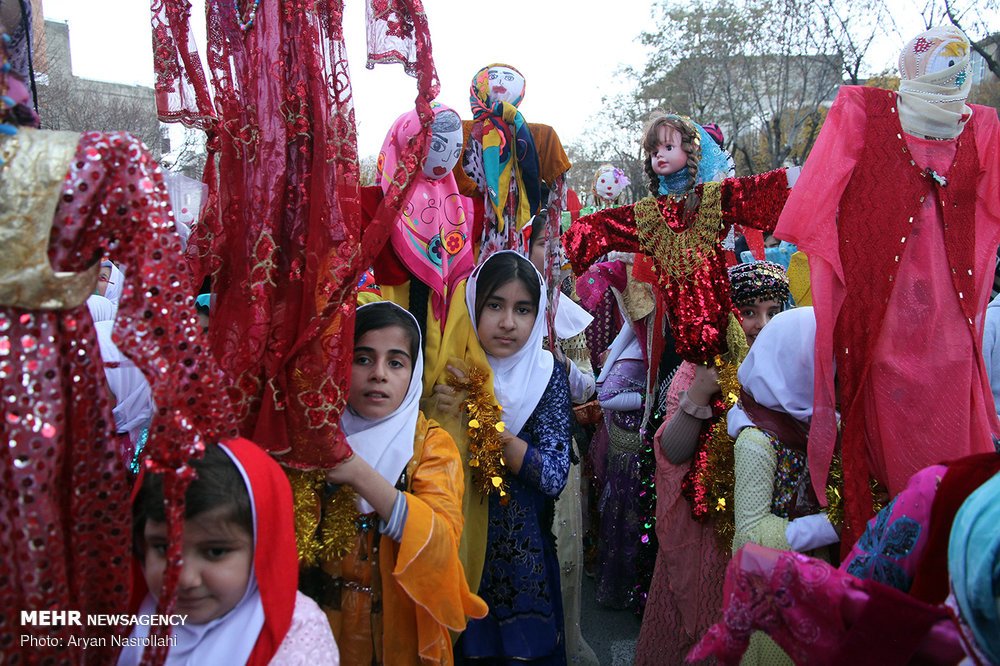 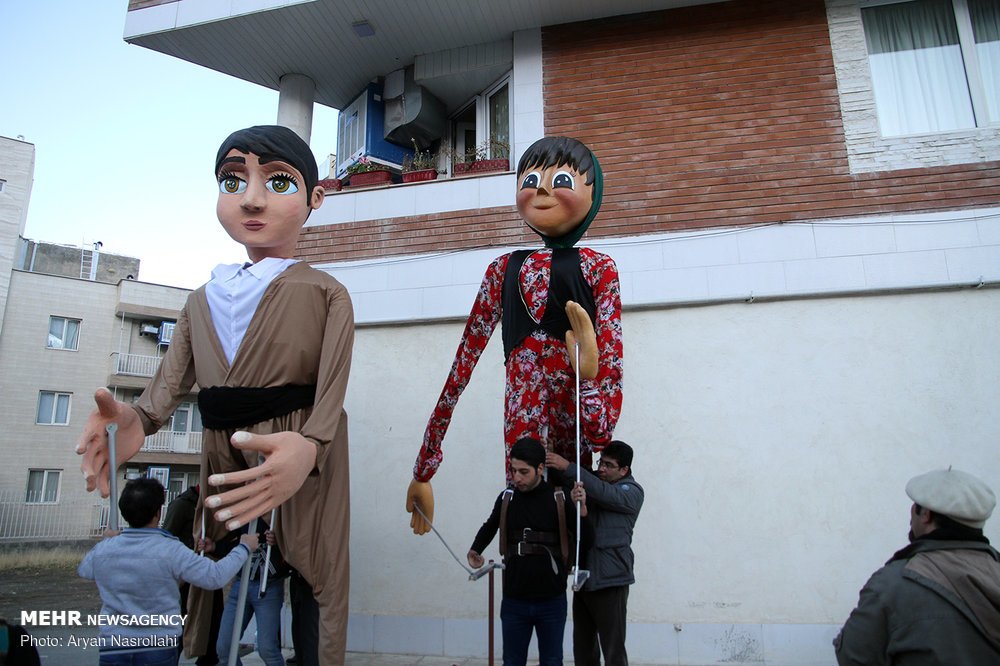 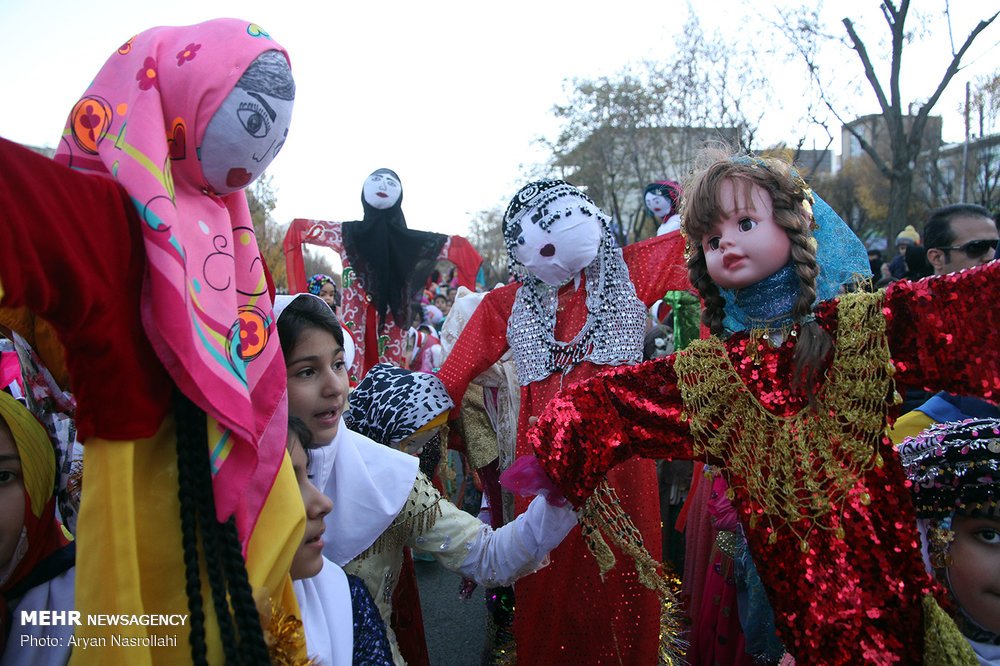