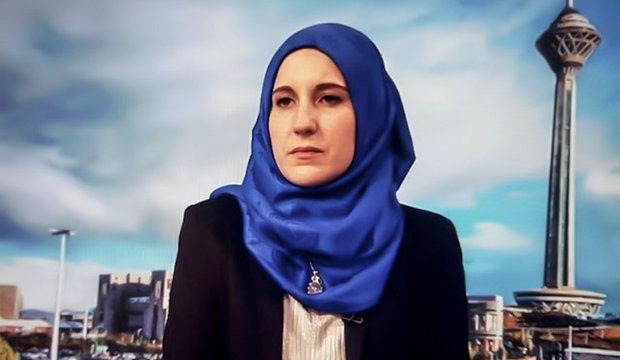 MNA – A political analyst has rejected the idea that Iran is an enemy of all Saudis and by extension all Sunnis.

“This long held belief that Iran is an enemy of all Saudis and by extension, all Sunnis is a lie,” Catherine Shakdam, researcher at al-Bayan Centre for Planning and Studies, tells the Tehran Times.

Shakdam says Iran as a country holds no anger and no resentment towards the Saudi people.

She also lauds Iran’s call for unity among Islamic nations, saying thanks to Iran’s efforts “bridges are being built and old prejudices are melting away.”

The following is the full transcript of the interview:

The 32nd edition of the International Islamic Unity Conference was held in Tehran on November 24-26 with the aim of laying the ground for unity and solidarity in the Islamic world. How do you evaluate the measures taken and speeches made during the conference with respect to its objective?

I’d like to begin by saying that Iran is the only country over the decades to have worked so tirelessly towards the promotion of Islamic unity, and beyond that the need for all communities to respect each other, as beyond all differences we all remain equal in our humanity.

I believe readers will benefit from knowing that amid the rise of sectarianism and Wahhabi-led religious radicalism across countless continents and region, Iran has held true to its calls for unity and solidarity for the sake of peace and justice.

It serves the purpose of the ongoing geo-political debate to clearly affirm Iran’s Islamic Republic as a nation dedicated to unity, cooperation, and peaceful collaboration in strengthening respectful bilateral relations. I believe Imam Khomeini set the tone for such a dialogue. Today it is his vision which continues under the leadership of Ayatollah Ali Khamenei.

As far as the conference goes I would say that Palestine remained, of course, a rallying call for action. It is difficult to imagine it could be any different when Palestine sits a constant reminder of how innocent can so easily be crushed under tyrants’ feet.

Many if not the majority of the tensions experienced throughout the Islamic world, and in particular of course, the Greater Middle East are tied up to the Palestinian dossier. It is impossible to divorce the many conflicts that have sprung across the region and throughout the decades without pinning back to the time of Al Nakhba, when Zionism declared war on Palestine and invaded its land.

What remains clear from the conference is that Iran’s call for the formulation of a united narrative for the benefit of all people is finally taking hold. Bridges are being built and old prejudices are melting away.

Of course such endeavor requires time and much patience, but I believe the path was set and minds ambition to such goals of unity. To refuse unity is to empower tyrants and encourage foreign meddling; to embrace unity however is to assert one’s sovereignty and right to political self-determination, freedom of religion, and freedom of speech.

What issues are the most important ones that the Muslim world faces today? And how can they be overcome?

As I mentioned earlier Palestine sits at the core of most matters. That being said I think Yemen has become such an embodiment of the principles and values of Resistance one cannot help but look towards Yemen and see what devastation disunity leads to. As so many great personalities have noted before me, Yemen is a modern-day Karbala – a brilliant example of a people rising in defense of their rights against the fury of authoritarianism.

How can we not look upon Yemen and draw lessons from such a stand? Yemen is fighting for its very future with the fury and certainty of one’s righteous stand. I would like to think we have lessons to learn from Yemen – both in terms of sacrifice and determination to hold true to individuals’ right to choose.

Yemen is many beliefs and many different communities, and yet all stand together under the Resistance’s flag. Many would argue that Yemen’s ability to resist was made possible through such unity.

I believe Ayatollah Khamenei has often encouraged all to rise above their differences so that they could be made stronger in their support of others. I believe such conferences to act powerful reminders to such calls.

Addressing the participants of the conference, Leader of the Islamic Revolution Ayatollah Ali Khamenei said certain countries in the region obey the US instead of Islam and the Quran. How does this issue threaten the unity among Islamic nations?

To accept Islam is to recognize that no other authority can take precedence. And today many countries have betrayed such covenant. I believe Ayatollah Khamenei’s remark to be both a warning and an invitation to mend attitudes so that harmony could be restored.

If we were to return to our common denominator: Islam, many disagreements could be overcome and old upsets disappeared.

War needs not to be a legacy we pass on to our children if only we could recognize our past mistakes for what they are: a betrayal against our collective interests for the sake of egocentrism and greed.

President Hassan Rouhani said during his speech that “we are ready to make every effort to protect the interests of Saudi people against terrorism and superpowers, in the same way that we helped the people of Iraq, Syria andAfghanistan.” How would such a message resonate with Saudi people? And what could be derived from Rouhani’s message, especially with regard to Iran’s policies toward other countries in the region?

Allow me to start with the second part of your question. I think it’s clear that Iran as a country holds no anger and no resentment towards Saudis. If anything Saudis are victims of the regime. For decades they have been robbed of their rights, their cultural identities, their ability to choose, think, believe and question. For decades they have lived under the thumb of a family whose very name was imprinted on the people it claims to rule over.

Saudis are but commodities to be disposed of and owned by Al Saud royals.

Why would Iran hold any animosity towards such people when it itself knows all too well how bitter the bite of oppression is?

This long held belief that Iran is an enemy of all Saudis and by extension all Sunnis is a lie Riyadh has been only too keen to perpetuate and spread to justify its own existence.

All Iran has ever ambitioned is to empower Saudis against their despots, while all Al Sauds have done has been to destroy, murder, imprison and persecute. I believe the difference is stark.

Now, as far as helping Saudis against the threat of terrorism I believe President Rouhani wanted to warn against the insidious perversity of Wahhabism as it preaches bloodshed and persecution as the base of its doctrine.

Wahhabism literally gave birth to radical movements across the MENA region, plunging communities in the fires of war. If not for Iran’s intervention many communities would still suffer under such fires, and so it stands to reason for Iran to extend a friendly hand to those living under Wahhabism’s abominable rule.

President Rouhani is speaking peace and assistance to all Saudis. As for the regime, well I believe the recent murder of Jamal Khashoggi speaks volume of the nature of Al Saud’s system of governance.