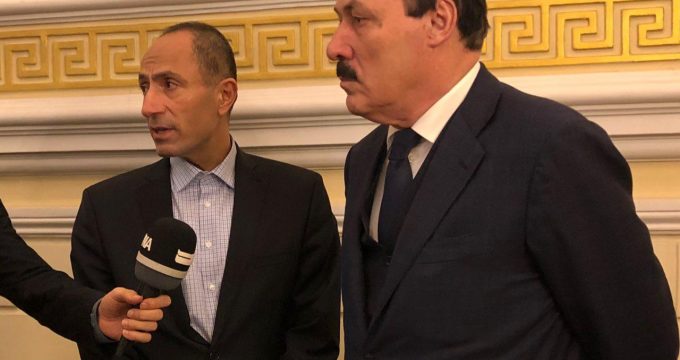 In an interview with the Islamic Republic News Agency (IRNA), Ramazan Abdullatif referred to the bilateral desire of the two nations to expand cooperation, saying, the determination of the leaders of Iran and Russia will help boost relations between the two sides.

Abdullatif noted the favorable conditions for developing Tehran-Moscow cooperation in the field of transportation and viewed as important the relevant negotiations.

He said Russia has always called for solving accumulated problems in a way which is in the interests of both sides.

In order for the transportation system to develop, economic exchanges between the two countries should expand, he added.

Abdullatif also referred to growing ties between Iran and different regions in Russia and said Astrakhan, Volgograd and Dagestan have the most relations with Iran.

The Russian high-ranking official said the convention on the legal status of the Caspian Sea paves the way for further cooperation in the body of water.