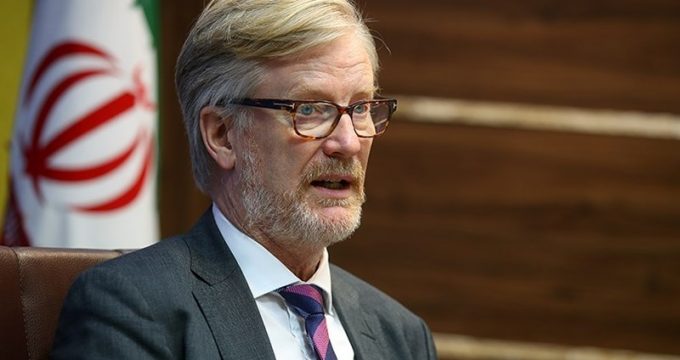 Tasnim – The director of the Stockholm International Peace Research Institute (SIPRI), a leading think tank on global security issues, warned that the world would face a high risk of economic recession in case of disruption of oil supply from Iran.

“I don’t think that he ( US President Donald Trump) can make that stick. On that, I think, Iran should be really confident that it will be able to keep on exporting oil. The market is fluid and it will carry on being fluid, and I think Iranian oil will indeed continue to flow,” Dan Smith told Tasnim when asked if the Trump administration could cut Iran’s oil exports to zero.

“I think it is possible there will be some reductions and some temporary interruptions in some parts, but looking overall I would have thought that a complete cut-off is very, very unlikely and I don’t think that other oil importers are interested in the idea of oil supplies in the world being cut, because that means prices will go up,” Smith said.

“You know, in many parts of the world now, we are seeing signs of high risk of economic recession. And a sudden increase in oil prices by even a relatively small percentage of you know 4, 5, 6 percent, let alone really big increases. That could tip some countries into economic crisis and then recession. We barely recovered from the previous one in 2008 to 2010. So there are not many government leaders I would have thought who are wanting to risk the next recession coming on sooner especially when it’s simply not necessary.”

Dan Smith has a long record of research and publication on a wide range of conflict and peace issues such as nationalism, identity politics, armed conflicts, ethics of intervention, gender aspects of conflict and peacebuilding. In recent years, his work has broadened to encompass other contemporary issues such as the relationship between climate change and insecurity, peace and security issues in the Middle East and global conflict trends. Smith has served four years in the UN Peacebuilding Fund Advisory group, two of which (2010–2011) were as Chair. He has lived most of his adult life in the UK with a 10-year spell in Norway. He has traveled professionally to more than 60 countries.