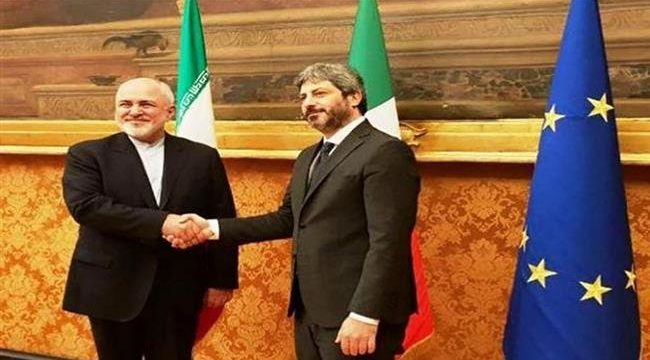 Iran stresses need for setting up banking channel with EU

After a meeting with Speaker of the Italian Chamber of Deputies Roberto Fico in Rome, he told the Islamic Republic News Agency (IRNA) that Italy is Tehran’s biggest trade partner in Europe.

“We explored avenues for promoting cooperation in the economic field, including creating a banking channel between Iran and the EU,” he said while commenting on topics of discussions with the Italian official.

Zarif further noted that regional developments as well as US’ policies to impose its wills on the world were also discussed during the meeting.

He delivered a speech during the event attended by representatives from 56 countries.