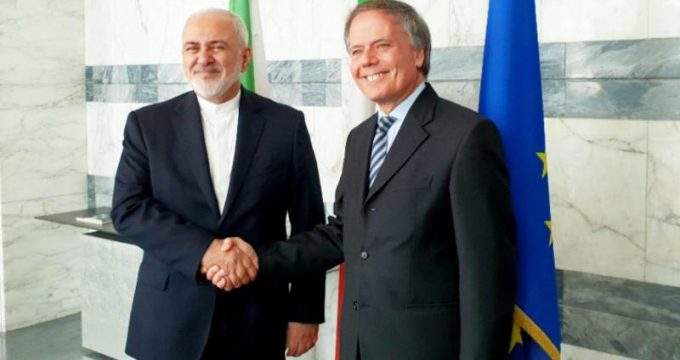 IRNA – Foreign Minister Mohammad-Javad Zarif says the JCPOA safeguarding had been the pivot of talks with his Italian counterpart Enzo Moavero Milanesi on Thursday.

Zarif, who arrived in Rome late Wednesday to take part in the annual International Mediterranean Dialogues Conference (IMED), told IRNA that he had had ‘very good’ talks with the Italian host.

He said the talks touched on Iran-EU cooperation in connection with the JCPOA, the EU financial mechanism and the ways of promoting the issue in bilateral and multilateral talks.

He noted that the two sides also exchanged views on cultural, political and scientific cooperation and countering natural disasters.