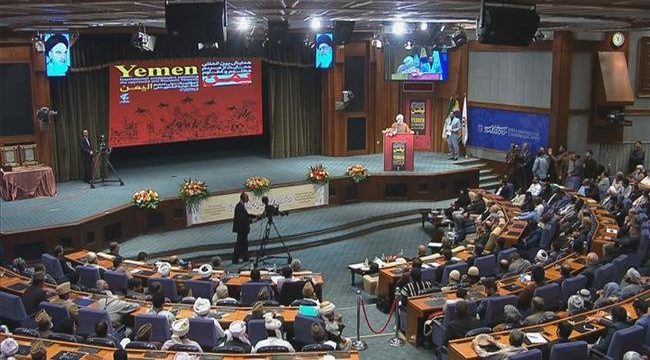 Press TV – The International Conference on Supporting the Oppressed and Resistant Yemenis has kicked off in the Iranian capital, with dozens of intellectuals and civil rights activists from 35 countries in attendance.

The event, which opened in Tehran on Thursday morning, is expected to highlight the sufferings of the Yemeni nation caused by a brutal Saudi-led war on the impoverished country.

The one-day conference will also feature speeches by Iranian officials and several representatives from resistance movements in the region.

Addressing the summit, the head of Iranian volunteer Basij forces said that Yemeni people’s resistance against the Saudi aggression will live on in history.

Brigadier-General Gholam-Hossein Gheibparvar Iran, as a nation that has itself suffered from US mischief economic blockade, and war, understands the ordeals of the Yemeni people.

Backed by the US and the UK, Saudi Arabia and a coalition of its vassal states unleashed the deadly military aggression against Yemen in March 2015 in an attempt to reinstall the country’s former Riyadh-allied regime.

The Saudi-led offensive, coupled with a naval blockade, has destroyed Yemen’s infrastructure and led to famine in the import-dependent state.

The military standoff has so far killed about 56,000 Yemeni people, the Armed Conflict Location and Event Data Project, a nonprofit conflict-research organization, said in a report last month.

According to latest calculations by Save the Children, nearly 85,000 Yemeni children may have died of starvation amid the Saudi war

Turning a deaf ear to international warnings, the Saudi-led military alliance has been engaged in a concerted push since June to seize Yemen’s port city of Hudaydah, a vital conduit and lifeline for aid delivery to Yemeni civilians.

Yemeni armed forces, led by the Houthi Ansarullah movement, have put of stiff resistance in the face of the Saudi-led campaign with the help of popular forces, preventing Riyadh and its allies to achieve their goals of war.

Referring to the remarkable the Yemeni forces have been showing in Hudaydah, Gheibparvar said, “What is taking place in Yemen is a lesson of withstanding. All [enemies] have gathered in Hudaydah, but people have been standing against them with empty hands.”