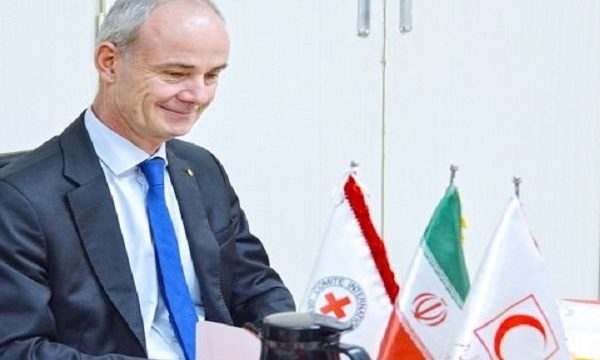 MNA – Vice-President of International Committee of the Red Cross Gilles Carbonnier hailed Iran’s efforts in supporting the large number of Afghan immigrants residing in the country.

In a Tuesday meeting with Sayed Mojtaba Ahmadi, the head of Khorasan Razavi branch of Iran’s Red Crescent Society (RCS), in Mashhad, Carbonnier applauded Iran’s efforts in this regard, saying, the Islamic Republic has always cooperated with our organization in supporting afghan refugees.

The official pointed to Red Cross’s new agenda that is set to be implemented in collaboration with Khorasan’s RCS. The plan, which will be operational in near future, is aimed at raising awareness of the Afghan refugees over the riks of explosive mines in the borderlines.

He added that the organization is studying a plan to provide healthcare and educational services to the Afghans residing in Mashhad.

The Iranian government has made a great deal of effort during the past years in providing documentation, education, livelihoods and health for Afghans in Iran. The country is home to almost one million registered refugees, the vast majority from Afghanistan.