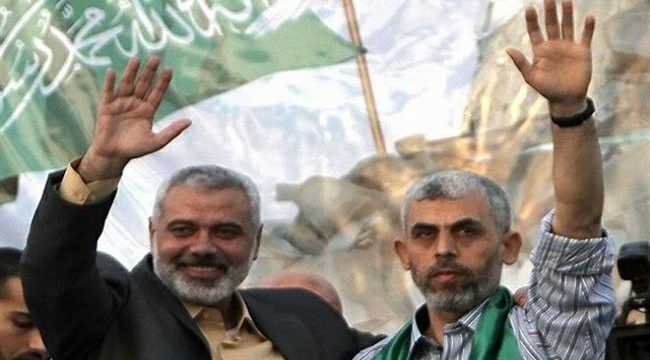 Speaking at a memorial service for the Palestinians killed in recent clashes with Israeli soldiers in the city of Khan Yunis on Friday, Hamas leader in Gaza Yahya Sinwar warned Israel not to test the resistance group again.

“I advise Israel not to try and test us again. This time you did not have a lot of casualties and you managed to rescue your special forces,” he said. “You should not try again, because next time you will have to release thousands of prisoners.”

Sinwar also warned that the next time Israeli forces entered the Gaza Strip, they would only return via a prisoner exchange for “thousands of prisoners.”

Last week, Gaza witnessed its worst flare-up of violence since the 2014 war. It began with an Israeli commando raid and a spate of deadly airstrikes against Gaza.

The Israeli aggression triggered retaliatory rocket attacks by Palestinian resistance groups into the southern parts of the occupied territories.

The clashes ended on Tuesday after an Egypt-brokered ceasefire took effect in Gaza.

The truce was criticized by some Israeli officials and led Avigdor Lieberman to step down as the minister of military affairs. The resignation, which could bring about early elections in the occupied lands, was hailed by Hamas as “an admission of defeat” and a “political victory” for the Palestinian resistance.

Elsewhere in his remarks, Sinwar noted that he had spoken to Muhammad Deif, the leader of Hamas’s military wing the Izz ad-Din al-Qassam Brigades.

“Deif asked me to say that Tel Aviv and Gush Dan (the greater Tel Aviv area) are next. The first barrage to hit Tel Aviv will surprise Israel,” he said.

Sinwar further waved out a handgun with a silencer seized from the Israeli forces during their recent raid on Gaza.

“Our hands are on the trigger and our eyes are open,” he pointed out. “Whoever tests Gaza will find only death and poison. Our missiles are more precise, have a greater range and carry more explosives than in the past.”

The Hamas leader also stressed that the latest Israeli permission for the delivery of aid and fuel to Gaza would not make the Palestinians sell their blood.

“What did the Israeli leadership think when it allowed in fuel and Qatari funds? … That we would sell out our blood for diesel and dollars? They’ve been disappointed, and their goals have failed,” he said.

The Gaza Strip has been under a crippling siege since 2007 and witnessed three wars since 2008.

It has also witnessed a fresh wave of tensions since March 30 when “The Great March of Return” protests started.

The Tel Aviv regime carries out regular attacks on the coastal enclave under the pretext of hitting positions belonging to Hamas.