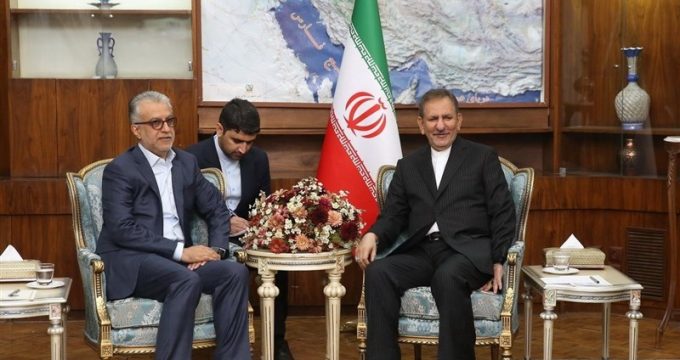 Tasnim – Iranian First Vice-President Eshaq Jahangiri said the administration has provided backing for the promotion of football in the country, highlighting support for development of women’s football.

“The Islamic Republic of Iran’s administration has always provided the necessary support for all sports, particularly for football, including women’s football, in order to promote this popular sport across the country,” Jahangiri said in a meeting with President of Asian Football Confederation Sheikh Salman bin Ebrahim Al Khalifa, held in Tehran on Saturday.

He also stressed that the Asian Football Confederation is expected not to allow political issues to have an influence on football and step up efforts for unity among Asian nations.

For his part, the Bahraini president of the AFC said Iran plays a leading role in football not only in Asia, but in the world.

The AFC president is in Tehran to watch the AFC Champions League 2018 final between Iran’s Persepolis FC and Japan’s Kashima Antlers.