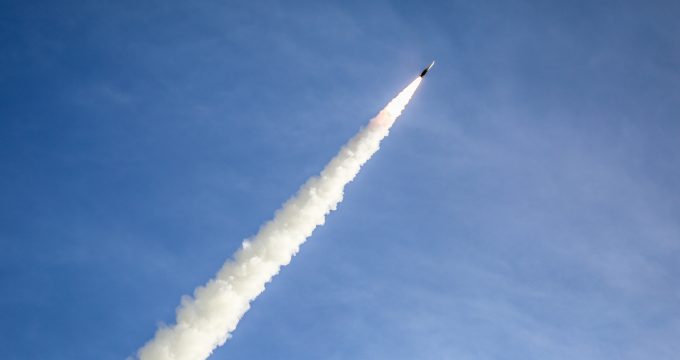 Press TV – Iran’s armed forces have launched an annual air defense drill to test their capabilities in defending the Islamic Republic’s airspace against a wide range of threats, using an array of advanced weapons systems.

Dubbed the Defenders of Velayat Skies 2018, the two-day drills kicked off on Monday and will feature joint operations by the Khatam al-Anbiya Air Defense Base, the Islamic Revolution Guards Corps (IRGC)’s Aerospace Force and the Iranian Air Force, which is the aviation branch of Iran’s Army.

Rear Admiral Habibollah Sayyari, the deputy commander of the Iranian Army for coordination who also presides over the drills’ board of commanders, told a media briefing that the military exercises will cover an area of around 500,000 square kilometers in the country’s northern, western, eastern and central regions.

Sayyari said all of the air defense systems and equipment used in the exercises were designed and developed by Iranian experts.

“All of our weapons, training and coordination fit the nature of the threats that we face because we know these threats very well and build our strategies around them” and then test those strategies by simulating various scenarios in military drills of this kind, he said.

The first phase of the drills will see armed forces take positions and rapidly spread around the country, an area where “we have made great strides in” and reached such levels of readiness “that we never thought we would in the past,” the admiral said.

Iranian armed forces carry the remains of an aircraft downed by domestically-developed air defense systems on the first day of the Defenders of Valayat Skies 2018 drills, November 5, 2018. (Photo by Tasnim)

Detection, identification, interception and destruction of threats using advanced equipment, including electronic warfare, were the key objectives of the Velayat drills, Sayyari said.

Commenting on the drills’ coincidence with the US reimposition of sanctions against the Islamic Republic, Sayyari said the economic pressure is never going to affect Iran’s ability to defend itself.

Ever since the 1979 Islamic Revolution, “our country has been subjected to the most severe forms of sanctions… and these sanctions are more prevalent in the military field because the enemy doesn’t want the Islamic Republic to stay independent and self-reliant as a country,” Sayyari (pictured below) said.

Iranian Armed Forces have reached such levels “on land, in sea and in air,” 40 years after the late Imam Khomeini led the revolution to victory and urged self-reliance, the admiral added.

He said Iran’s advancements in air defense have turned the country’s skies into the safest airspace in the whole world, a point that the International Civil Aviation Organization (ICAO) has also acknowledged.

One of the new air defense systems successfully tested on the first day of Velayat exercises was the Third of Khordad missile system, developed by the IRGC Aerospace Force.

Armed with advanced Taer missiles that have a range of 50 kilometers, the system is capable of simultaneously intercepting four targets and firing eight missiles at them.

Another air defense weapon unveiled on Monday was the 35mm Seraj anti-aircraft gun system, which, armed with radar and a new optical target acquirement system, is intended to act as an effective weapon against a wide range of targets particularly drones and other small flying objects.