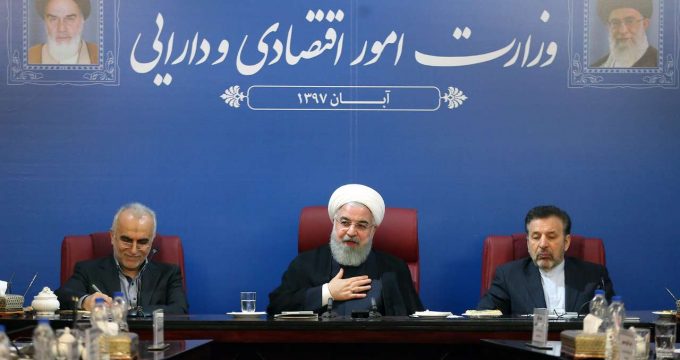 4 major countries offered to mediate on meeting with Trump

MNA – Iranian President Rouhani said Mon. that leaders of four major countries approached him in New York and offered to mediate on his meeting with US President Trump, adding that the case needs no mediation.

Speaking in a meeting with the deputies and managers of the Ministry of Economic Affairs and Finance on Monday, Iranian President Hassan Rouhani said while in New York for the UN General Assembly session, leaders of four major countries approached him to offer to mediate on his meeting with US President Donald Trump.

Rouhani said the case needs no mediation, adding that Iran would be ready to talk with the US only when the Western country begins to comply with its commitments.

“We have no issue with talking, if the other side can respect and live up to its promises and commitments,” Rouhani stressed.

Fortunately today, the US is more isolated than ever following its withdrawal from the JCPOA, said Rouhani, adding “almost all countries in the world except for a few are standing with us against the United States, and that is the victory of our diplomacy.”