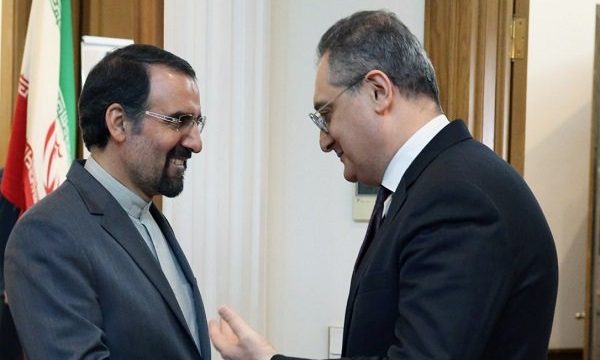 The official made the remarks during a meeting with Russian Deputy Foreign Minister Igor Morgulov in Moscow on Friday.

The two sides highlighted the need to boost political and economic ties, as well as developing cultural relations.

Sustainable development is a concern shared by both countries which can be addressed by the two governments.

Expansion of Iran-Russia relations has gone smoothly in the past years as the two sides have held a wide gamut of ties in the fields of energy, educatino, rail and aviation industries.

Iran’s exports of non-oil goods to the Russian market stood close to $300 million during the past Iranian year (March 2017-2018).