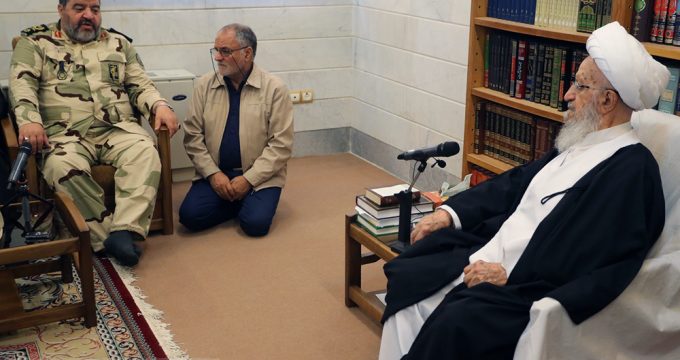 IRNA – The enemies were trying to use of psychological operation, economic pressure and other conspiracies to make Iranian people yield in but they were defeated due to people’s wariness, said head of Iran’s Civil Defense Organization on Thursday.

‘The Iranian people have resisted so far and have defeated the enemy in its plan to create dissatisfaction in the country,’ said Brigadier General Gholamreza Jalali in a meeting with a top religious dignitary Ayatollah Nasser Makarem-Shirazi.

He said, ‘With the resistance going on to the end of the year, the economic plots of the enemy will fail to work because they cannot put pressure on Iran anymore.’

He added that the enemies were first talking about regime change in Iran, and now they have retreated and talk about negotiations; this conspiracy will be neutralized, as well.

General Jalali also said the war with other economic powers is going to further weaken the US.

Saying that the enemy is now trying to penetrate into Iranian people’ minds through media and social media, November 4 is actually the symbol of fighting World Arrogance.