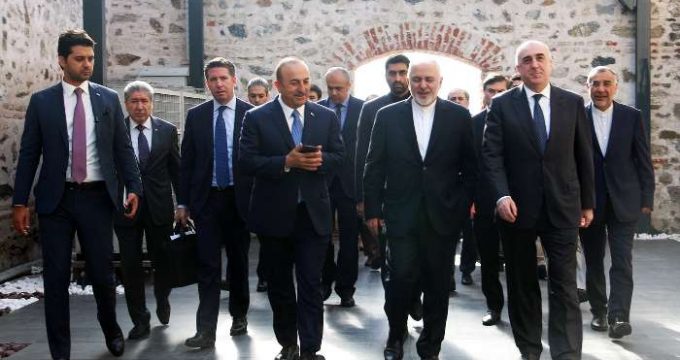 Turkey, Iran, Azerbaijan to use local currencies for trade

Middle East Monitor – Iranian Foreign Minister Mohammad Javad Zarif said yesterday that his country, as well as Turkey and Azerbaijan, have agreed to use local currencies in commercial transactions.

“Cooperation between Turkey, Azerbaijan and Iran is important for the region, and we agreed to trade in our domestic currencies,” Zarif said during the sixth trilateral meeting of Iran, Turkey and Azerbaijan foreign ministers in Istanbul, Turkey.

The minister added that a technical body was established and will meet to develop a plan for the next three years, with the next meeting being held in Iran.

Zarif stressed on the importance of developing the three countries in order to raise the standard of living of their people and the region.

The foreign ministers of Turkey, Azerbaijan and Iran began their sixth trilateral meeting yesterday, during which they discussed opportunities to enhance cooperation and exchange views on regional issues.

Iran is working to put in place systems which will help it counter the effects of US sanctions which were imposed in August and which will be tightened in November.