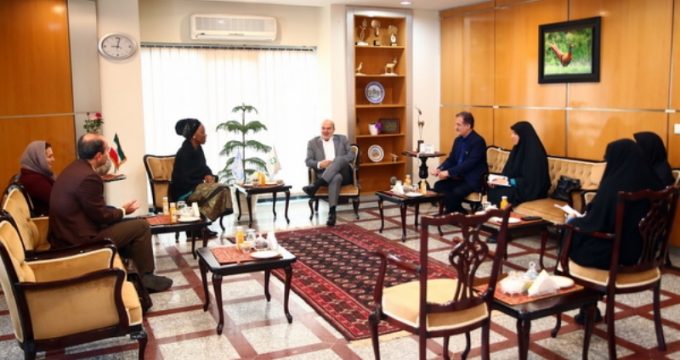 IRNA – The United Nations should get involved in the water right issue between Iran and Afghanistan, said Iran’s vice president and head of the Department of Environment.

‘Afghanistan avoids allocating the officially agreed water right due to US pressures and interferences, which has endangered health and economy of the people in Iran,’ said Isa Kalantari in a meeting with UN Resident Coordinator in Iran Ugochi Daniels.

Referring to the crisis created for Sistan basin southeastern Iran and its 500,000 dwellers, Kalantari said, ‘Iran, however, has been bound to ethical principles and good neighborliness and has hosted more than 2.5 million Afghan migrants.’

‘All the legal Afghan immigrants have the same rights as Iranians,’ he stressed.

Elaborating on Iran’s water issue, he said that the problem in Iran is much more serious than most parts of the world.

The UN official, for his part, said that UN’s priority is to promote de-povertization, public welfare, healthy environment and sustainable development.

Referring to the US sanctions on Iran, she said that the sanctions are not a problem only for Iran, they are also a challenge for the UN.

She also said that unilateralism is one of the most important problems in the world.