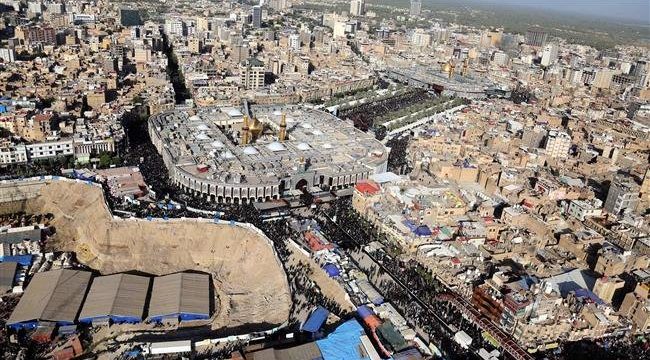 Arbaeen trek, a march towards unanimity

MNA – Once again pilgrims of different colors, race and religions set off on a long, peaceful march to show the world the overwhelming love they have for the third Shia Imam and all the virtues he stood for.

Over the past few years, solemn procession of mourners from a variety of ethnic backgrounds begin a long trek days prior to Arbaeen, the 40th days of Imam Hossein (As) martyrdom in the battle of Karbala in 680 AD, to revisit their pledge of support to the grandson of prophet Mohammad (PBUH).

The trek symbolizes of a peaceful utopia where no one is hungry or homeless. People are giving away free food and drinks, offering their houses to the pilgrims, and pilgrims themselves are treating one another like brothers and selflessly regardless of their social class, race, color, religion, etc.

Thousands of mawkibs, stalls providing free of charge foods, beverages, accommodation, and medicines, are set up along the way to Karbala and the holy shrines as many believe that taking care of pilgrims of Imam Hossein (AS) and serving them is a religious duty.

Arbaeen pilgrimage is a large congregation of people and not just a specific group of people, everyone is welcomed to join. Toddlers, elderlies, even people with disabilities on wheelchairs participate in the march.

Imam Hossein’s love seems to have redrawn all cultural boundaries and even after some 1400 years from his martyrdom in the hands of the tyrant Umayyad forces is now a symbol of universal compassion and freedom.

While the gathering is religious in essence many nonreligious people also do take part in it. And that’s why despite media blackout especially in the West now over 20 million people whose heart goes out to Imam Hossein and his loyal companions, and in better words to peace and justice, attend one of the biggest gatherings of the world.