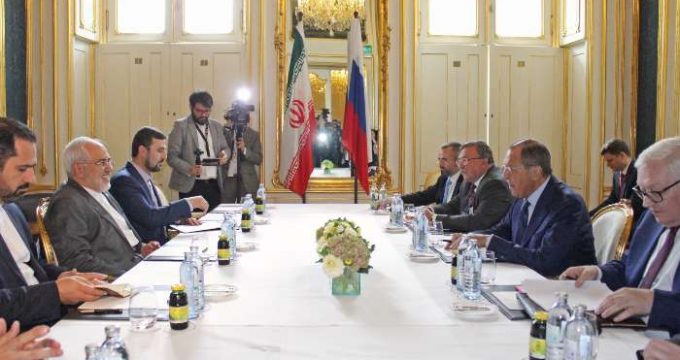 Major powers continue to do business with Iran despite US sanctions

October 27, The Iran Project – Amid looming Iran sanctions, powers such as China, Russia as well as Europe announced their readiness for continuing economic cooperation with the Islamic Republic, stressing support for the internationally-endorsed nuclear deal.

On Wednesday (Oct. 24), Chinese Foreign Ministry spokeswoman Hua Chunying at  her weekly press briefing said, “Despite the unilateral sanctions measures, China will still continue with its regular long-term cooperation with Iran within the framework of international regulations,” adding cooperation between Iran and China is based on logic and law, the spokeswoman noted that this cooperation has to be respected.

Chunying stated that during a foreign ministerial meeting of the remaining parties to Iran nuclear deal in New York in September, all of them stressed that the economic cooperation with Iran need to be continued based on the accord.

Speaking on the occasion of United Nations Day on the same day, EU foreign policy chief Federica Mogherini declared that the European Union and the United Nations as champions of dialogue and cooperation will continue supporting the Joint Comprehensive Plan of Action (JCPOA).

“This is why we will continue to defend multilateral diplomacy and its achievements, from the Iran nuclear deal to the Paris agreement on climate change, and to support the essential work of all UN agencies,” she stressed.

She further said that international rules, organizations and jurisdictions are a guarantee for all. That’s why we will always continue to invest in a strong UN system. Together – as we celebrate UN Day – we will stay a force for change.

Also in a press briefing on Thursday (Oct. 25), Maria Zakharova said the sanctions Washington is imposing on Iran are ‘illegitimate’ and Russia is to adopt measures to ensure that the sanctions have as little impact as possible on its business with Tehran.

The spokeswoman of the Russian Foreign Ministry went on to add that “I would like to once again affirm Russia’s principled position that US unilateral sanctions are illegitimate. We are taking measures to ensure that they have minimal negative impact on Russian-Iranian trade and economy cooperation,”

US President Donald Trump on May 8 announced Washington’s unilateral withdrawal from the 2015 agreement of world powers with Iran over the country’s nuclear program.

Trump said he will reinstate sanctions on Tehran, the first round of which were imposed in early August and the second round is expected to come into force on November 4.

The other parties to the deal as well as the European Union have expressed their opposition to the US measure, pledging to make every effort to save the deal.