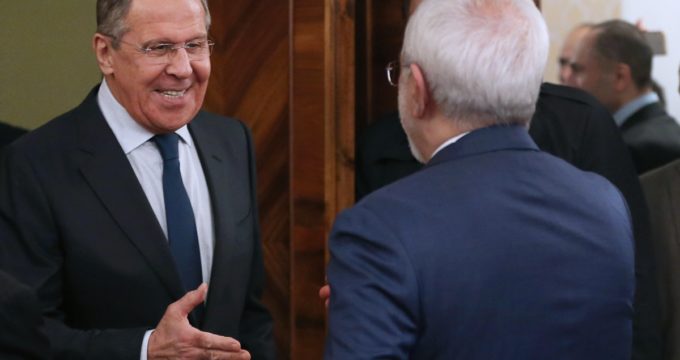 Iran would win from US exit from INF, since move would leave US isolated – PhD

Sputnik – US plans to scrap the Intermediate-Range Nuclear Forces Treaty (INF) have been criticized by both Moscow and Washington’s European allies. Speaking to Sputnik about the US move’s impact on Iran, Iranian geopolitical analysts Fuad Izadi and Seyed Zavari explained the connection between the INF Treaty decision and US policy toward Tehran.

Speaking to Sputnik Persian, Fuad Izadi, American politics specialist and fellow at the Institute of World Studies at the Institute of Law & Political Sciences at Tehran University, explained that the US decision will leave it isolated, convincing Moscow that Washington is not trustworthy.

“Leaving treaties and agreements, whether they are bilateral, like the INF Treaty with Russia, or any multilateral or international agreement, such as the JCPOA [Joint Comprehensive Plan of Action, i.e. the Iran nuclear deal], has become a foreign policy trend of the Trump administration, which unilaterally terminates agreements concluded by previous administrations,” Izadi said.

“Unfortunately, this is a spirit of arrogance inherent in US foreign policy which has only grown during Trump’s presidency,” the observer suggested.
According to Izadi, notwithstanding the dangerous and potentially destabilizing nature of Washington’s decision, Tehran actually serves to benefit, in a sense.

“The US withdrawal from the INF Treaty will only increase the level of tension between the US and Russia. This decision will affect both the countries which are party to the treaty and their neighbors. Iran is a neighbor of Russia. Relations between our nations are very good. The US withdrawal from the INF will convince Russia’s leadership more than ever that the Americans cannot be trusted, and will also lead to Russia, Iran and other countries uniting, leaving the US isolated,” Izadi said.

As for the security implications for Iran, the analyst said that US, rather than Iranian, security would suffer most.

“The United States will not be able to launch an armed conflict with Iran, since Tehran has sufficiently impressive capabilities in this area,” Izadi noted. “If Trump believes that [exiting the INF Treaty] would negatively impact Iran’s security, he’s mistaken. It’s more likely that the security of the United States itself would be adversely affected,” the analyst noted.

For his part, Seyed Zavari, the director of the Center for the Study of International Relations think tank, told Sputnik Persian that Washington’s move on the INF Treaty is aimed at demonstrating that the US is a global superpower that can still dictate its terms to other countries.

“Under the present conditions, Trump’s withdrawal from the INF Treaty means that with the end of the Cold War, this document no longer meets the interests of the United States. They are looking for new ways to realize their interests,” Zavari said.

As for US claims about Russia’s alleged violations of the treaty being the reason for the withdrawal, recent US behavior with other international agreements shows otherwise, and that the US is in fact strengthening its unilateral approach to foreign policy, the observer noted. “Trading in security, Washington is presenting itself as the undisputed world power, whose decisions must be accepted by the rest of the world,” Zavari said.
Ultimately, Zavari argued that although the US withdrawal from the INF Treaty will have some impact on the security of Iran and other regional powers, Europe will be the hardest hit from a security standpoint. “By removing its security umbrella over Europe and exacerbating regional security concerns, the US is looking to increase the sale of weapons to European countries to try to deal with the its economic crisis,” the analyst concluded.

On Monday, Russian Foreign Minister Sergei Lavrov warned that a US withdrawal from the INF Treaty would prompt Moscow to do whatever is necessary to preserve strategic stability based on parity. China, Germany, Italy, Spain, Austria, and other countries have voiced their concerns over Washington’s intentions. The UK however has voiced its approval for Washington’s position, accusing Russia of being non-compliant with the treaty.

The Intermediate-Range Nuclear Forces Treaty was signed in 1987 by the Soviet Union and the United States, obliging the superpowers to destroy their ground-based ballistic and cruise missiles with ranges between 500 and 5,500 km. Aimed primarily at reducing the risk of nuclear war in Europe, the treaty led to the destruction of nearly 2700 ballistic and cruise missiles by mid-1991.