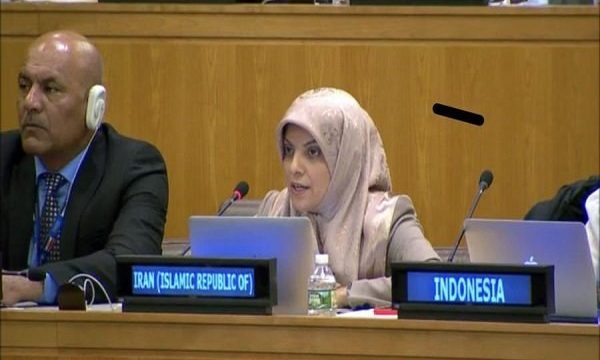 MNA – Iran’s delegate at the UN Third Committee criticized the UN expert on freedom of opinion and expression for having trusted BBC news about the Islamic Republic.

Zahra Ershadi, the Iranian diplomat speaking at the Third Committee (Social, Humanitarian and Cultural) on Tuesday, reacted to the report by the UN Special Rapporteur on the promotion and protection of the right to freedom of opinion and expression, David Kaye, in which he had criticized Iran for restricting the activities of the London-based BBC broadcasting company.

She questioned the reliability of a broadcasting company which is fed by British authorities, saying that Iran is the target of a media war which is planned, organized and funded by hostile governments.

The Iranian envoy also questioned the role of BBC and similar hostile media in promotion and defense of human rights.

“They are busy with pumping hatred, fabricating news, provoking and slandering,” she stressed.

She also expressed regret that the UN special rapporteur had avoided to identify these harmful traits and the misuse of media and internet networks.

“Regardless of the mentioned conditions, the Government of the Islamic Republic of Iran seriously believes in providing an open and dynamic media environment for all its citizens,” she added.