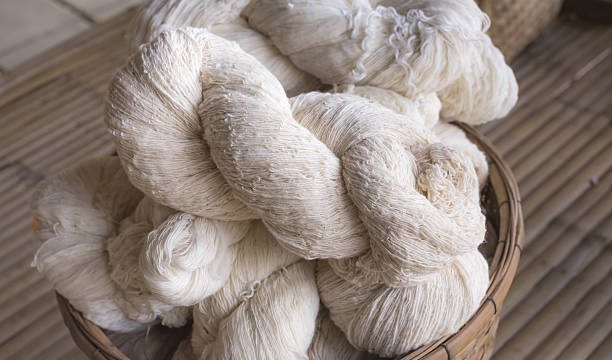 MNA – Head of Iran’s Sericulture Center said the country is ranked 8th in the world in silk production, putting the annual production volume of silk at 120 tons.

Adil Sarvi, Head of Sericulture Center of Iran, made the remark on Monday during the signing of a Memorandum of Understanding (MoU) for cooperation between the Animal Production Department at Ministry of Agriculture and the Department for Employment and Self Sufficiency of Imam Khomeini Relief Committee.

According to him, 22 provinces in Iran are active in silk farming, although 96 percent of silkworms cultivation is concentrated in only seven provinces, with Gilan on top (40%), followed by Razavi Khorasan (30%) in northeastern Iran.

Sarvi noted that the country had reached its target production of 900 tons of silkworm cocoon last year, adding that the volume is predicted to hit 978 tons this year, with an over 55% increase of revenue for the silk farmers.

Presently, 50 percent of the country’s overall silkworm cocoon is harvested in northern province of Gilan.