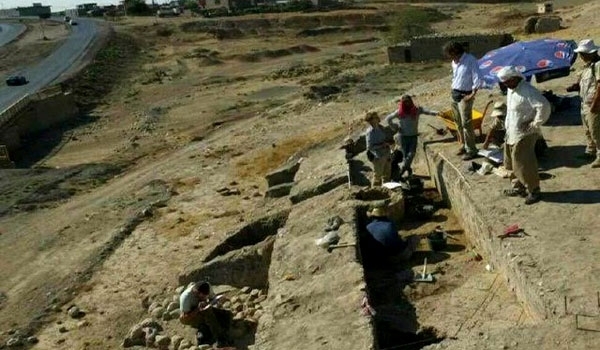 FNA – A milk tooth belonging to a Neanderthal child was found in recent discoveries of ancient stoneware in Western Iran.

“It is the first time that the remnants of a Neanderthal human being are found in Iran,” Caretaker of the archeologist team of Kermanshah province’s Baweh Yawan ancient area Saman Heidari Goran said on Sunday.

An Iranian archaeologist said in 2017 that recent discoveries of ancient stoneware in western Iran reveal that Neanderthals had advanced into western Iran during Palaeolithic era.

Head of an Iranian archaeologist team involved in discovering and preserving the ancient layers of Ashkoft region of Kermanshah province, Elham Qasidian, said the main achievement of the team had been the discovery of some stone flints known as the Mousterian of the Zagros in Ashkoft Cave.

The new discoveries revealed that Neanderthals had advanced into Eslamabad Plain in Western Iran during Palaeolithic era, she added.

According to Qasidian, the archaeological project in Ashkoft region is part of a long-term plan to discover and reconstruct the historical lifestyle in one of the most key regions of Iran Plain. The project was supported by the Iranian government as wells as Cambridge University.

She referred to the rigorous studies conducted to discover and document the ancient places in Kermanshah province, and added at least 265 caves and rocky shelters had been discovered in 6 towns in the Western part of the province, including 100 ancient places in Eslamabad.

The Iranian archaeologist also said one of the main findings of the team was that Eslamabad-e Gharb region is located exactly between two Palaeolithic poles of the country i.e. Kermanshah Plain and Khorramabad Plain.

“Eslamabad-e Gharb Plain had been used as a cultural corridor between Kermanshah and Khorramabad plains,” she noted.

Qasidian went on saying archaeological studies revealed that there had been extensive cultural exchanges between the two poles through Eslamabad-e Gharb Plain.

She said the archaeological team had also identified three historical phases in the region. “Studies show that Ashkoft Cave had been used during the middle and contemporary phases of the region as a hunting camp.”