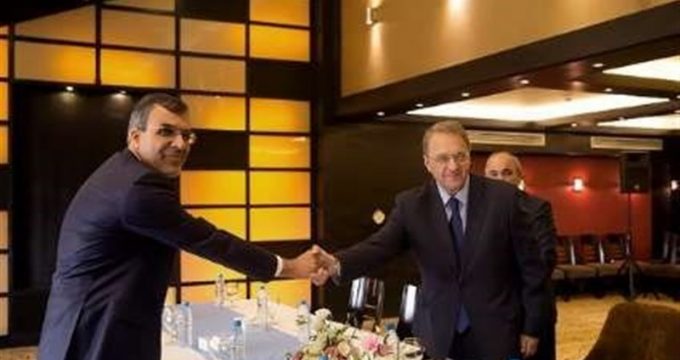 ISNA – Russian deputy Foreign Minister, Mikhail Bogdanov announced that his Iranian counterpart will pay a visit to Moscow on Tuesday.

Hossein Jaberi Ansari, a senior assistant to the Iranian Foreign Minister for Political Affairs, will visit Moscow this week to participate in consultations at the Russian Foreign Ministry, Mikhail Bogdanov said on Monday.

“Yes, he will be here,” Bogdanov told reporters.

The diplomat noted that the Iranian official was expected to hold consultations at the Russian Foreign Ministry, Sputnik reported.

“I along with Russian deputy Foreign Minister, Sergey Vershinin will have a meeting with Hossein Jaberi Ansari,” Bogdanov said, noting that Ansari would arrive on Tuesday.