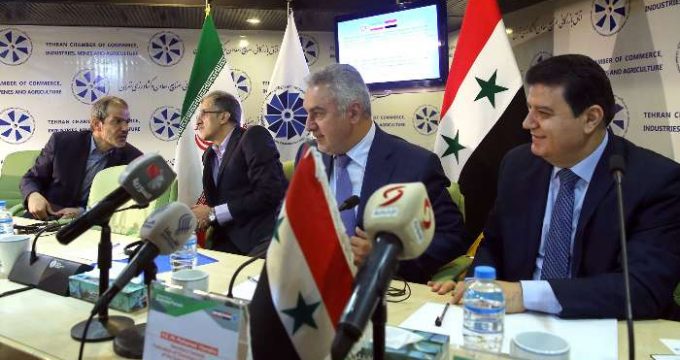 MNA – Adnan Hassan Mahmood, Ambassador of Syria to Tehran says that his country will keep its doors open for Iran’s investment in various fields, including setting up free trade zones in the country.

Adnan Hassan Mahmood made the remarks in a joint Iran-Syria business forum in Tehran on Saturday, saying “in order to develop trade relations, we welcome Iran’s investment in various fields, including building free trade zones in our country.”

Mahmood said that ally countries like Iran that stood with Syria during the fight against terrorism will take part in Syria’s reconstruction while the countries which supported terrorists and destroyed the country’s economy will stay out of Syria.

He invited the Iranian private companies to invest in economic projects in Syria, saying that Iranian companies’ presence is to the advantage of both countries.

The Syrian ambassador further called for removing obstacles on the way of expanding bilateral relations between Iran and Syria.

Also in the meeting, the Iranian ambassador to Damascus Javad Tork Abadi said that through economic linkages, the two countries can create a powerful economic zone.

Tork Abadi said that there are ample economic fields in Syria for Iranian companies to invest in the reconstruction period.

In the meeting, the two sides’ chambers of the commerce signed an agreement to strengthen bilateral trade.

The two countries’ businessmen also held bilateral meetings on the sidelines of the forum.