MNA – Iranian Foreign Minister Mohammad Javad Zarif said the latest US sanctions targeting a number of Iranian banks and companies are in violation of two orders by UN court issued in favor of Iran on October 3.

Zarif wrote in a tweet on Wednesday that the latest US sanctions targeting a number of Iranian banks and companies violate 2 ICJ orders, namely “to not impede humanitarian trade & to not aggravate the dispute.”

The Iranian top diplomat sounded appalled by the “utter disregard for rule of law & human rights of an entire people,” adding that the “US outlaw regime’s hostility toward Iranians [is] heightened by addiction to sanctions.”

Zarif’s tweet was followed by the below image of the ICJ order: 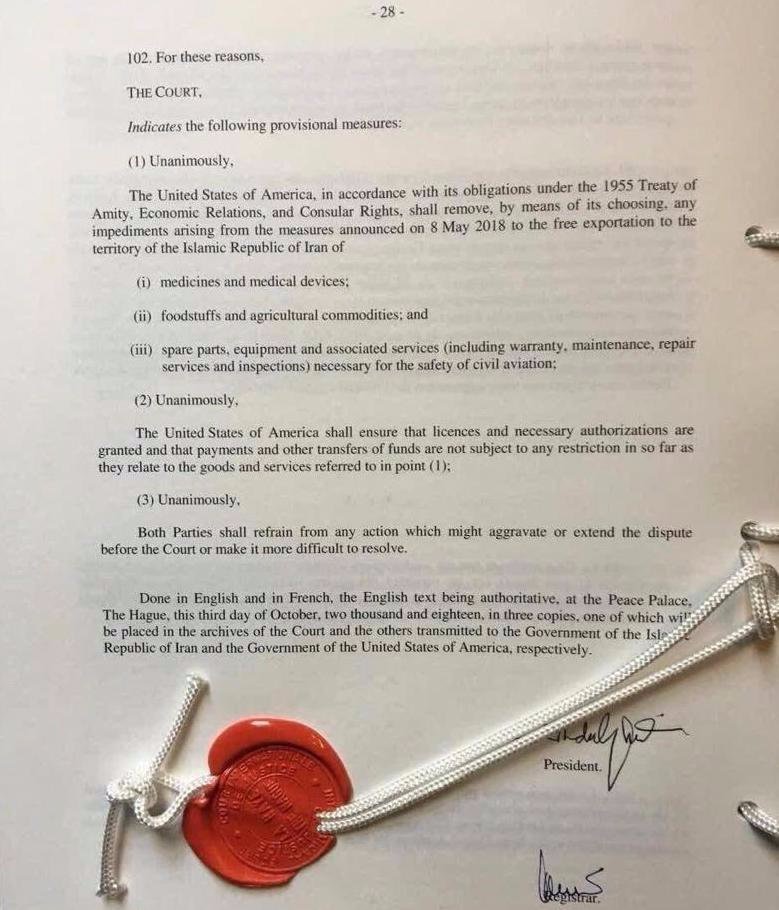 Earlier, the Iranian foreign minister had called US out on its sanctions addiction being “out of control”.

He noted that an Iranian private bank, which was key to food and medicine import, has been targeted by US sanctions because of alleged eight degrees of separation with another arbitrary target. Meanwhile, “all humans on planet are connected by six degrees of separation,” he added.