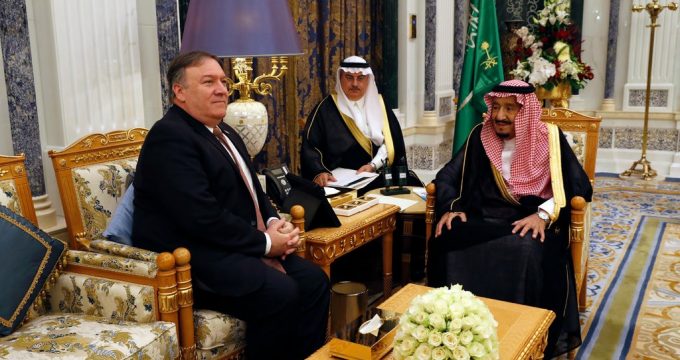 The US secretary of state, Mike Pompeo, has arrived in Saudi Arabia for crisis talks with King Salman, as reports emerged that the kingdom was poised to acknowledge that the missing Saudi journalist Jamal Khashoggi died inside a diplomatic building in Istanbul.

Pompeo landed in Riyadh on Tuesday morning and met the king immediately to discuss the crisis surrounding Khashoggi, who vanished two weeks ago during a visit to the Saudi consulate in Istanbul. The US’s top diplomat “reiterated US concern over Jamal Khashoggi’s disappearance”, according to State Department spokeswoman Heather Nauert.

He later met the county’s powerful crown prince Mohammed bin Salman and is on Wednesday due to visit Istanbul, where a joint Turkish-Saudi investigation is under way.