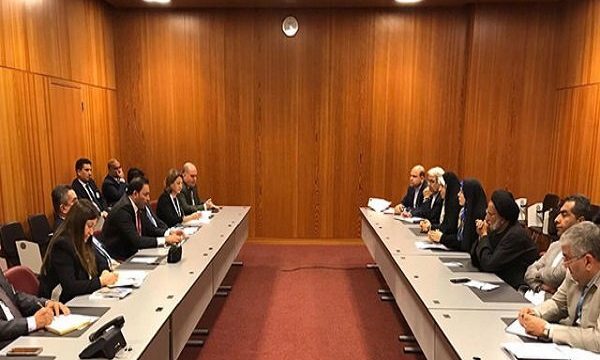 The meeting was held on the sideline of the 139th IPU Assembly (formerly known as the Inter-Parliamentary Conference).

The Iraqi delegation, headed by first deputy speaker Hassan Karim al-Kaabi, condemned US’ unilateral sanctions against the Iranian nation and highlighted the need to activate Iran-Iraq friendship groups in both parliaments.

Seyedeh Fatemeh Hosseini, the head of Iranian delegation, called for increased cooperation with Iraq in different fields, including trades and the fight against terrorism.

Started on October 4, the 4-day-long IPU Assembly is themed “parliamentary leadership in promoting peace and development in the age of innovation and technological change.”

The IPU Assembly is the principal statutory body that expresses the views of the Inter-Parliamentary Union on political issues. It brings together parliamentarians to study international problems and make recommendations for action.