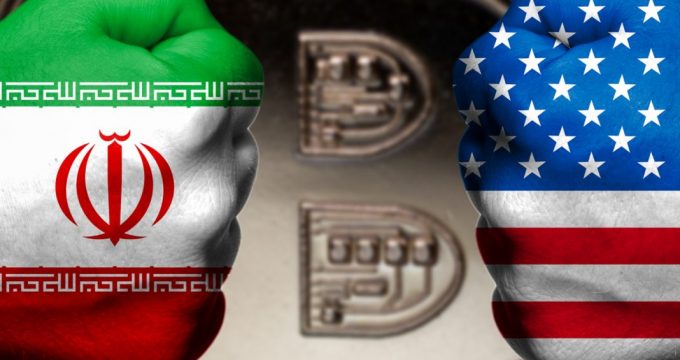 The U.S. organization, known as Fincen, issued the warning in an advisory to assist U.S. banks and other financial actors such as cryptocurrency exchanges in identifying “potentially illicit transactions related to the Islamic Republic of Iran.” The document includes a lengthy section relating to crypto, as well as an estimate that “since 2013, Iran’s use of virtual currency includes at least $3.8 million worth of bitcoin-denominated transactions per year.”

Fincen noted that “while the use of virtual currency in Iran is comparatively small, virtual currency is an emerging payment system that may provide potential avenues for individuals and entities to evade sanctions.”

Fincen said that P2P cryptocurrency exchangers are a significant means through which Iran can bypass economic sanctions. It defined such individuals as people who offer to purchase, sell or otherwise exchange virtual currencies, either face to face or through websites. It added that “P2P exchangers may operate as unregistered foreign (money services businesses) in jurisdictions that prohibit such businesses; where virtual currency is hard to access, such as Iran; or for the purpose of evading the prohibitions or restrictions in place against such businesses or virtual currency exchanges and other similar business in some jurisdictions.”

Fincen also said that U.S financial institutions should remain aware of the “highly dynamic” nature of the global market for cryptocurrencies.

“New virtual currency businesses may incorporate or operate in Iran with little notice or footprint,” it explained. “Institutions should consider reviewing blockchain ledgers for activity that may originate or terminate in Iran.”

Fincen urged institutions to use technology to keep an eye on open blockchains and monitor P2P transactions. Examples of the latter could include “wire transactions from many disparate accounts or locations combined with transfers to or from virtual currency exchanges.”

In addition, the organization reminded institutions and individuals in the U.S. that handle virtual currencies to refer to a list of frequently asked questions on international sanctions that was published by the Office of Foreign Assets Control earlier this year. “Financial institutions and virtual currency providers that have (Bank Secrecy Act) and U.S. sanctions obligations should be aware of and have the appropriate systems to comply with all relevant sanctions requirements and (Anti-Money Laundering/Combating the Financing of Terrorism) obligations,” Fincen said.