A Look at Iranian Newspaper Front Pages on October 15

Iran Front Page – IFP has taken a look at the front pages of Iranian newspapers on Monday, October 15, 2018, and picked headlines from 16 of them. IFP has simply translated the headlines and does not vouch for their accuracy.

Several papers today covered the remarks by the Leader of Iran’s Islamic Revolution Ayatollah Seyyed Ali Khamenei, in which he asked Iranian elites and experts for their consultative opinion on various aspects of the Islamic-Iranian Paradigm of Progress in order to upgrade the document which defines a roadmap for the next 50 years.

Also a top story was comments by Iranian First Vice-President Es’haq Jahangiri about the country’s oil exports under the US sanctions. Jahangiri announced that Iran has already found new clients for its crude oil ahead of new round of US sanctions, due to be imposed on November 4.

1- Iran Has Stored Enough Basic Supplies for One Year: MP

2- Trump: Deal with Iran Must Be a Real One

4- Trump Opposed to Halt in Arms Sales to Saudi Arabia

1- Iran First VP: We Must Use Sanctions to Create Opportunities 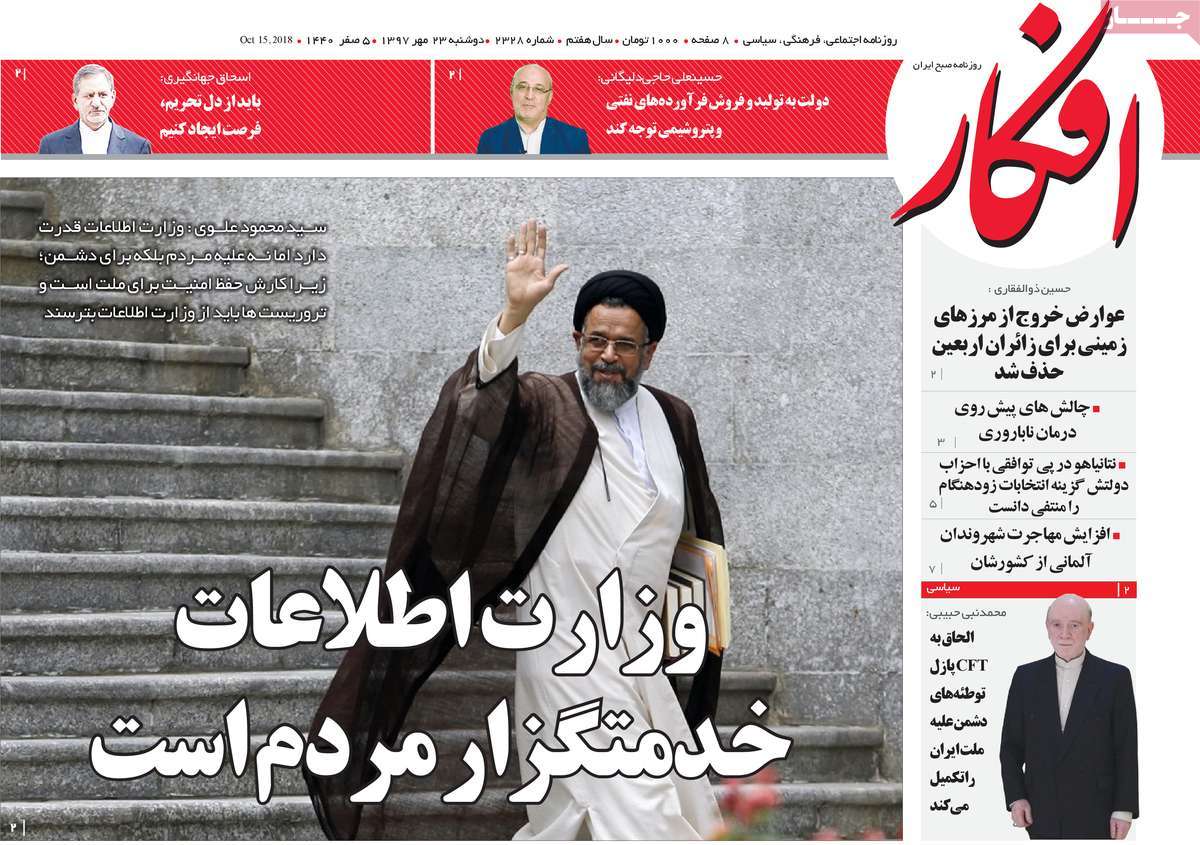 1- Paradigm for Iran’s Progress in Next 50 Years

2- When American Judge Rules against His Own Country, It Means Justice Not Dead: Academic 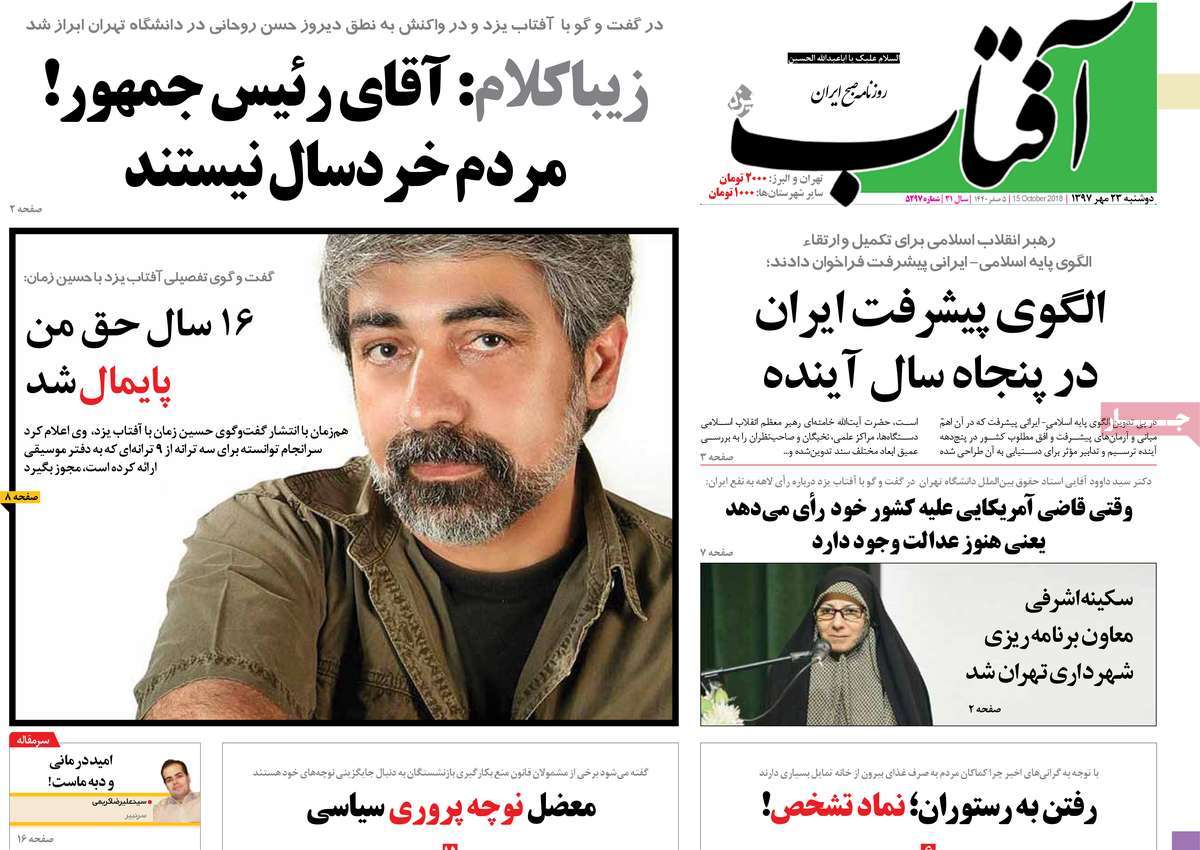 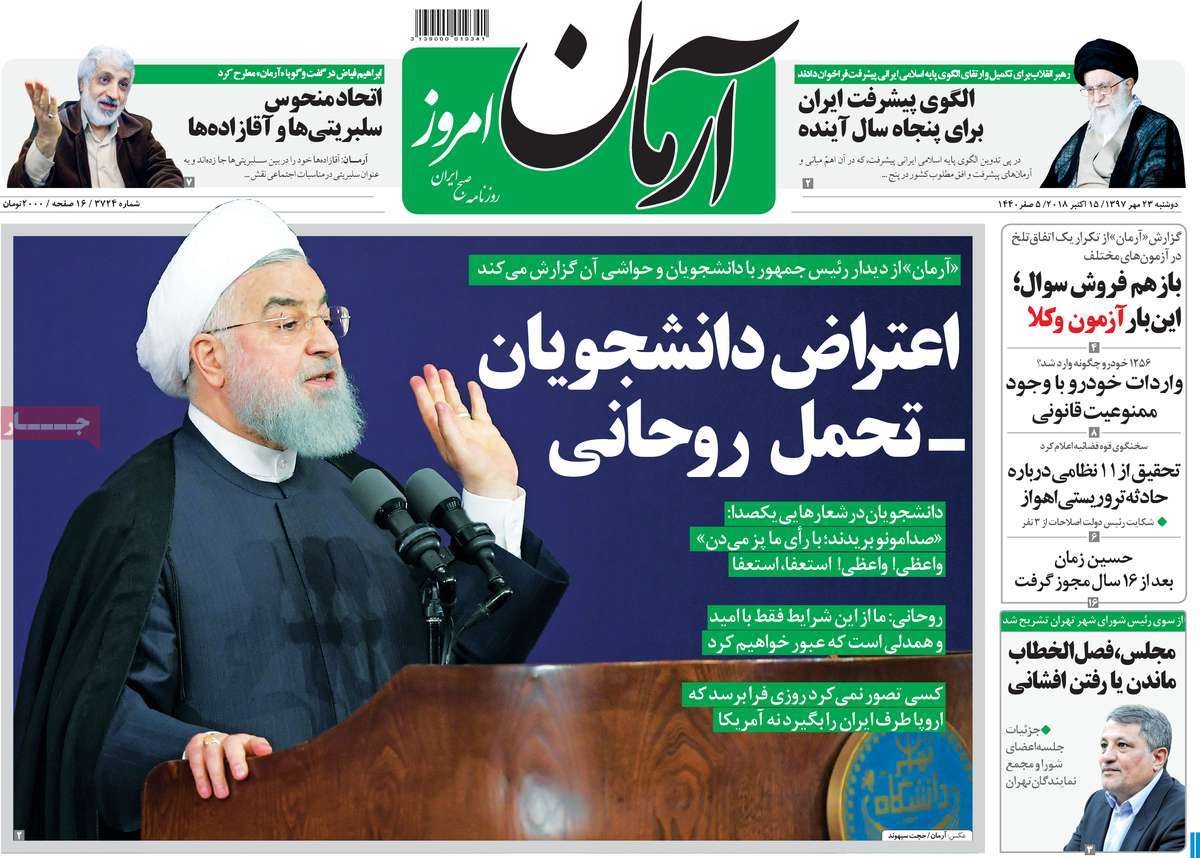 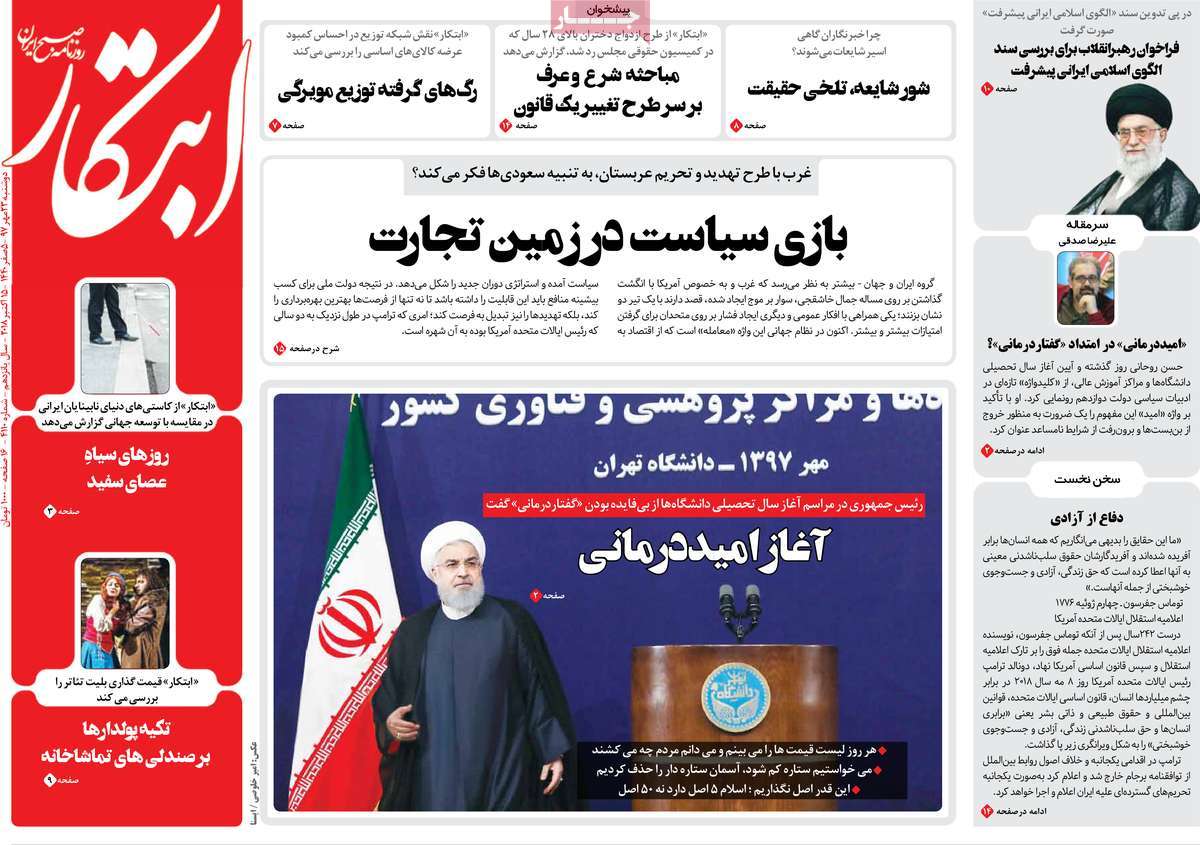 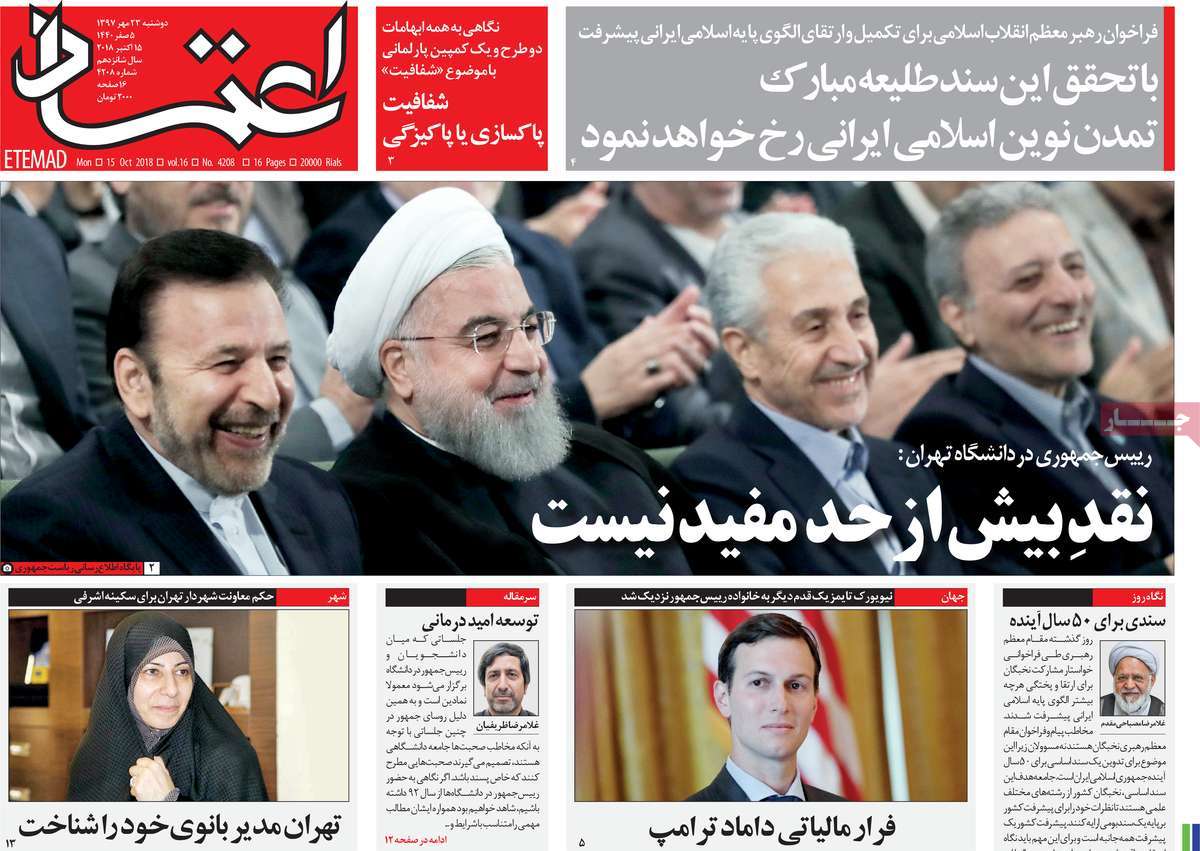 1- Iran First VP: Our Oil Revenues Not to Decrease Even If We Sell Half of What We Used to Sell 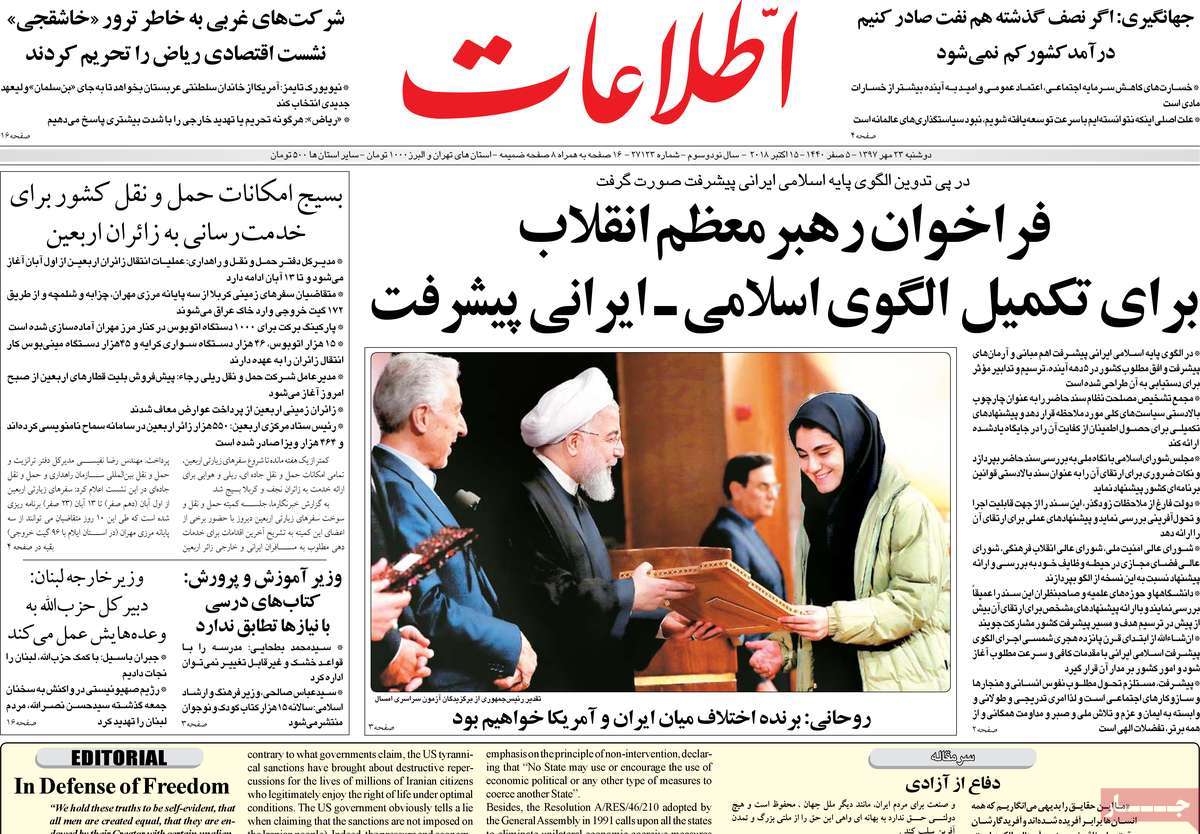 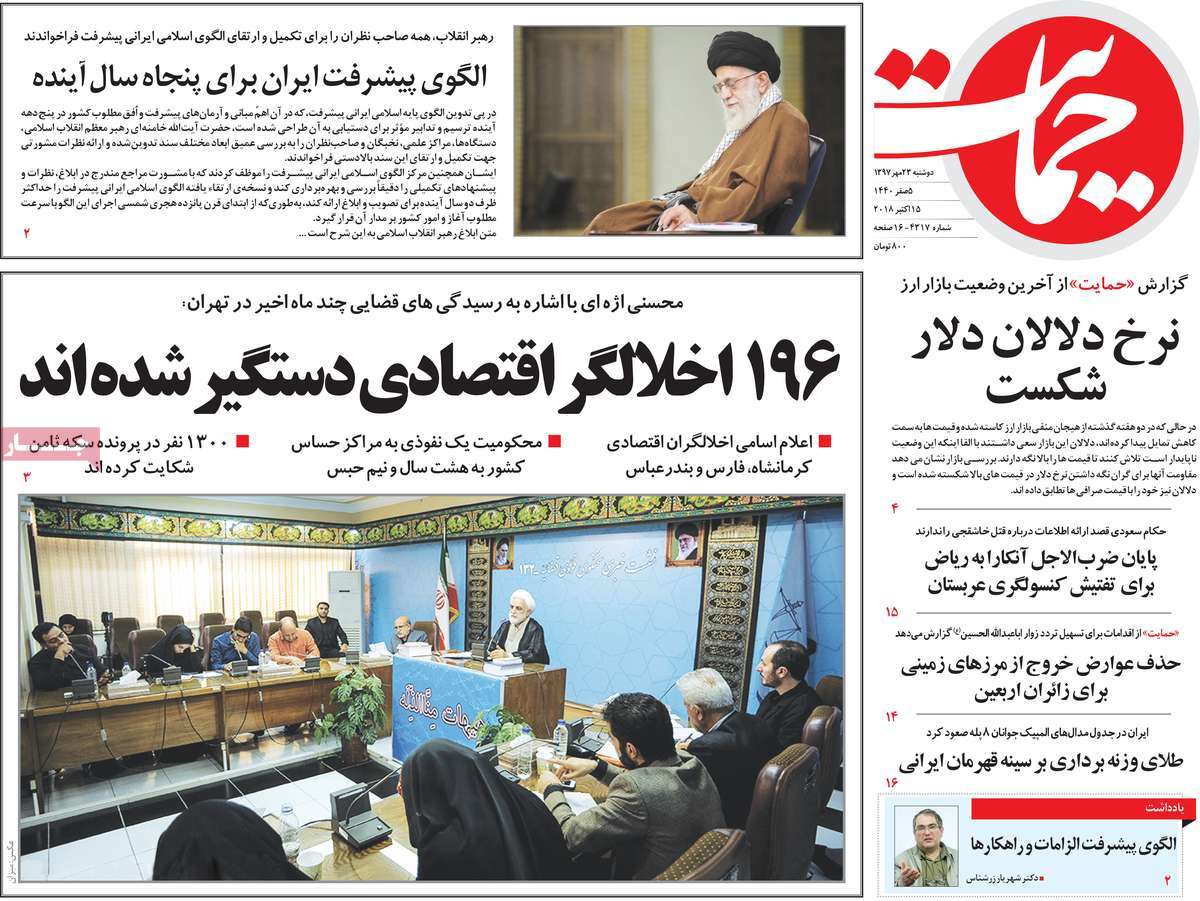 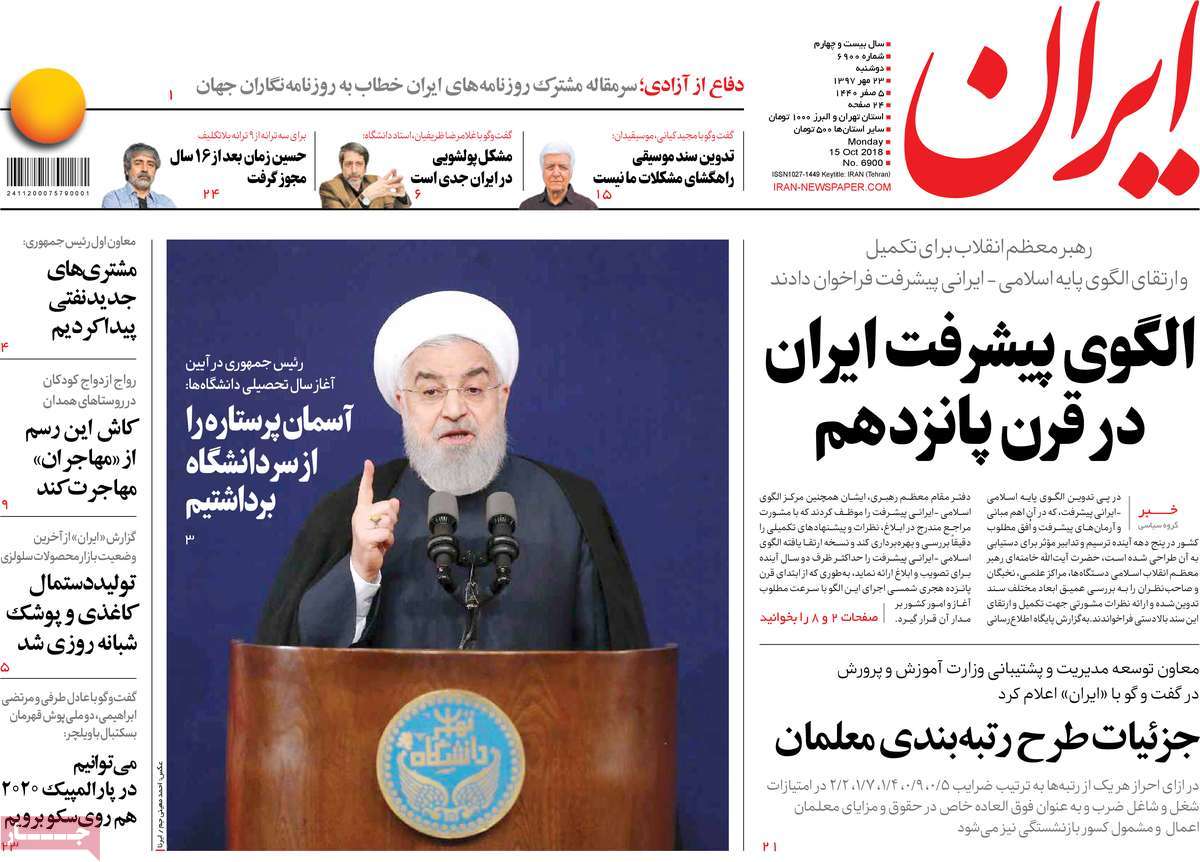 1- Rouhani: This Was All US Could Do, Rest Assured 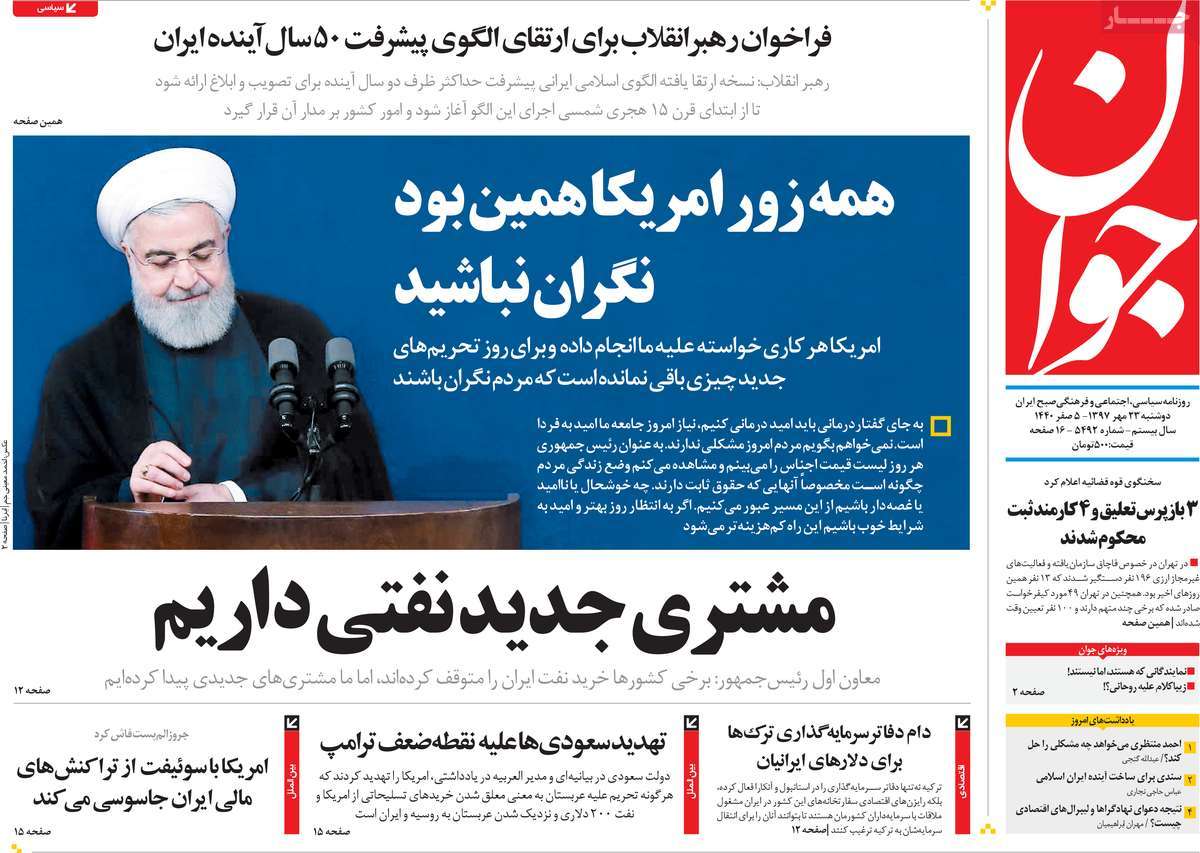 1- Iran Leader Calls on Elites to Complete Paradigm of Progress 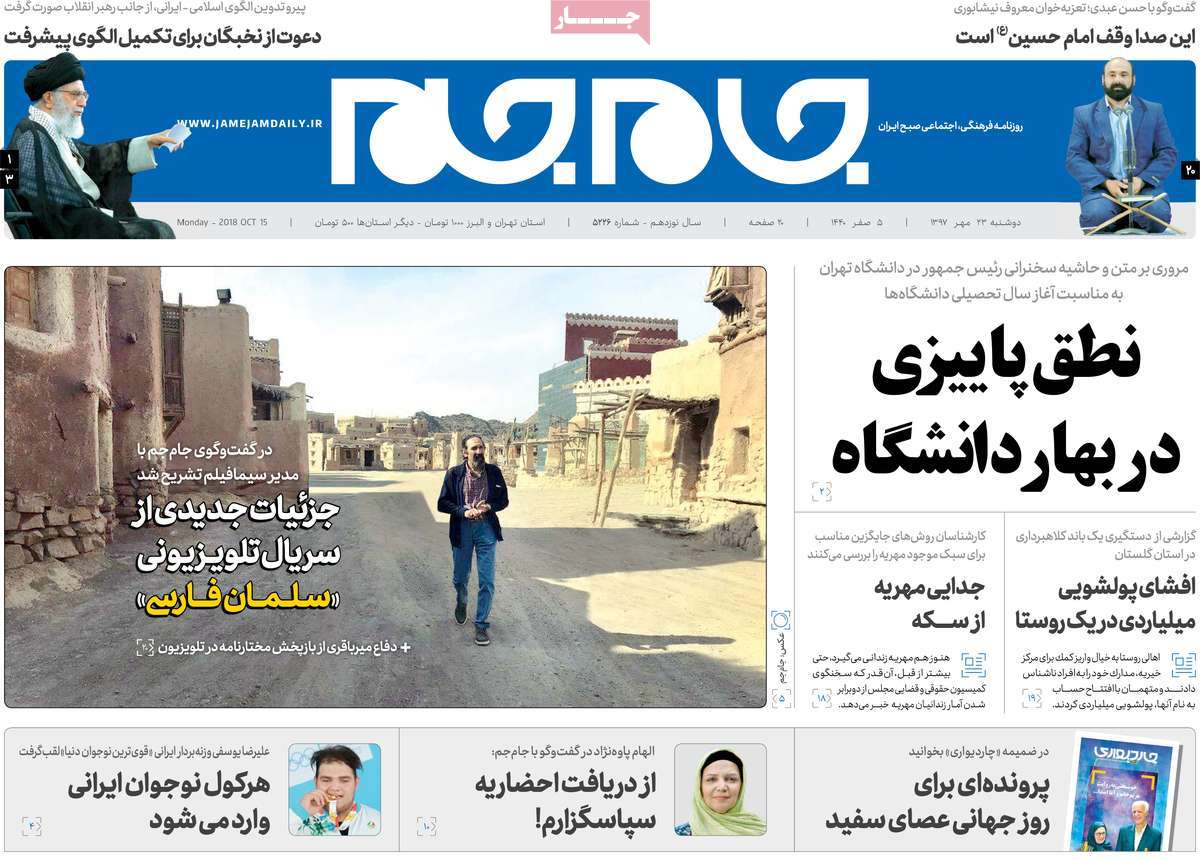 3- Trump Not to Succeed in Creating Unrest in Iran through Sanctions: NY Times 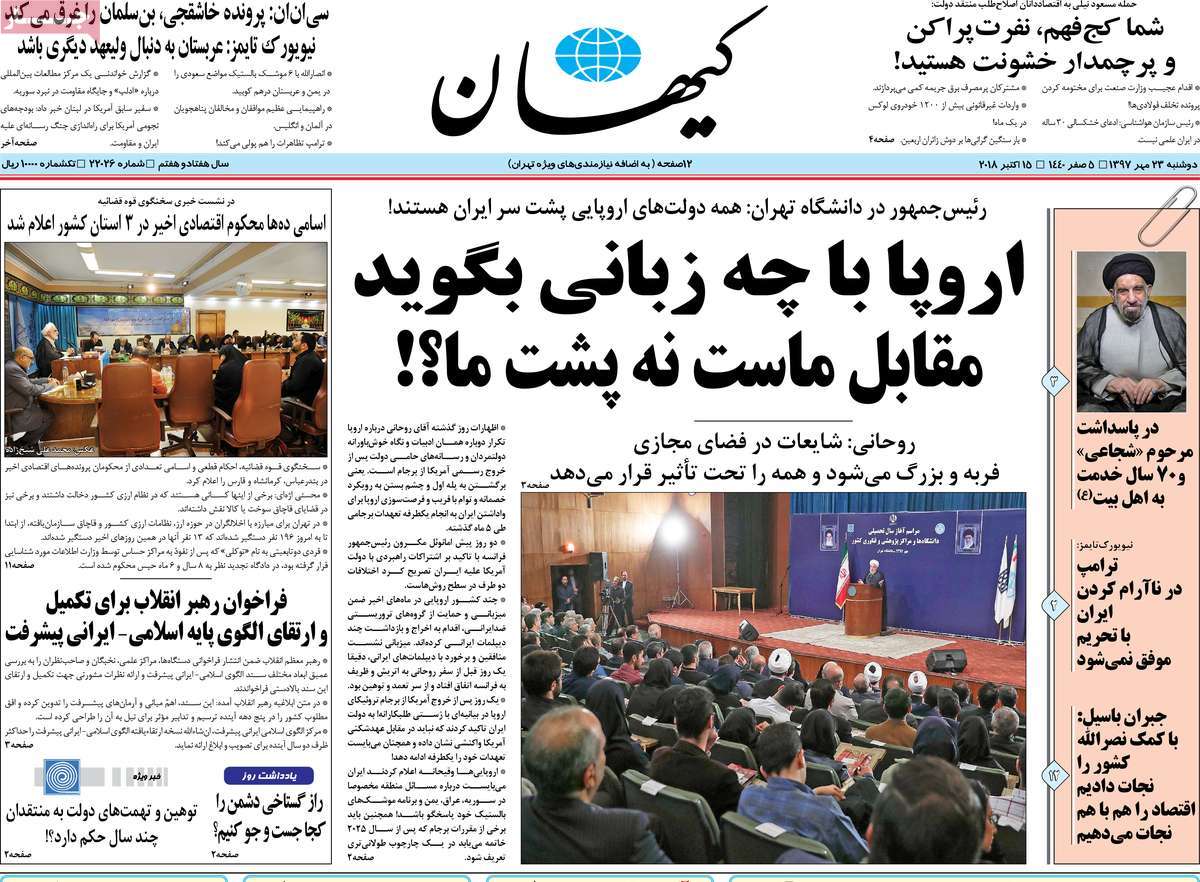 3- Rouhani: People Should Not Be Worried about November 4 Sanctions 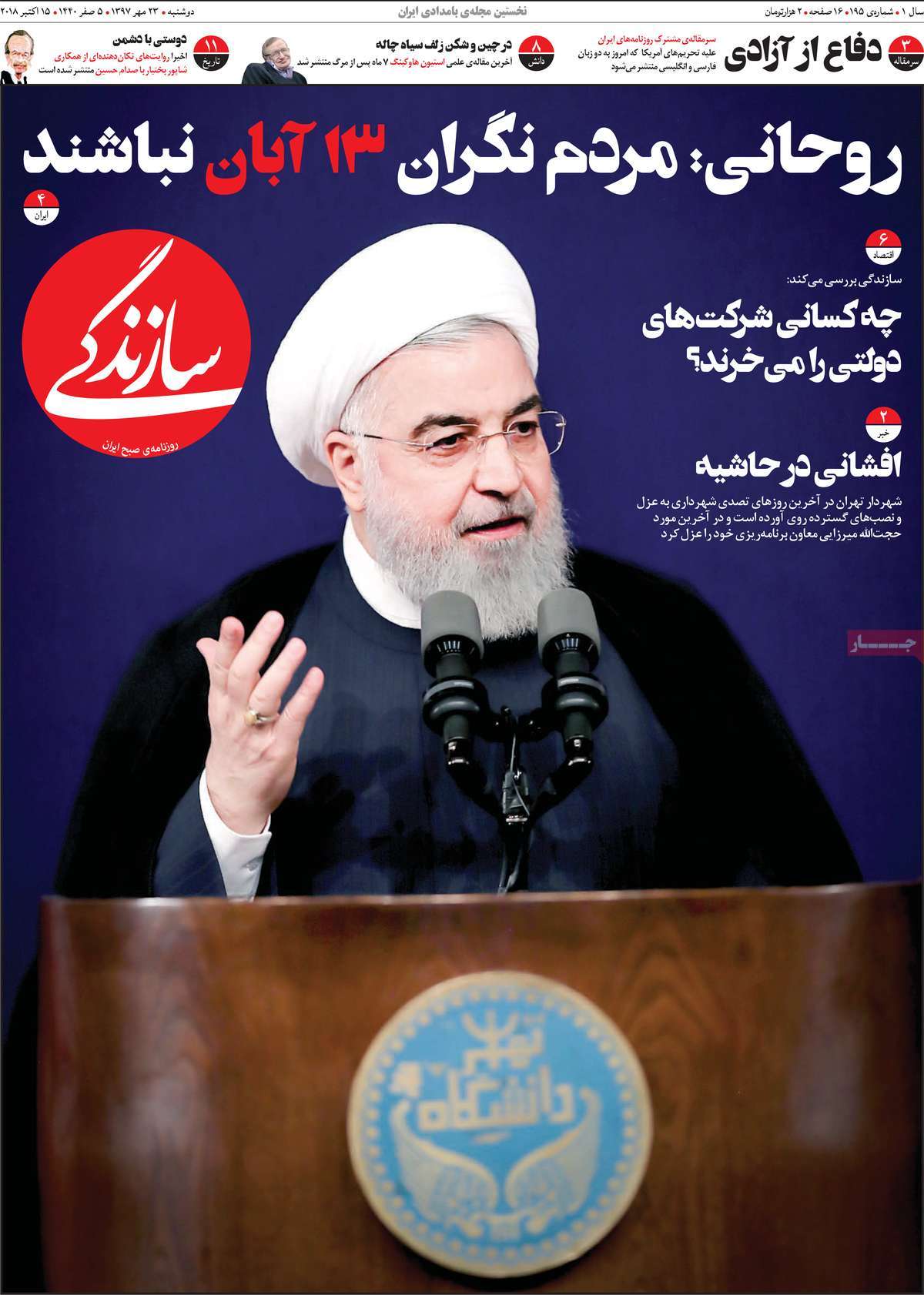 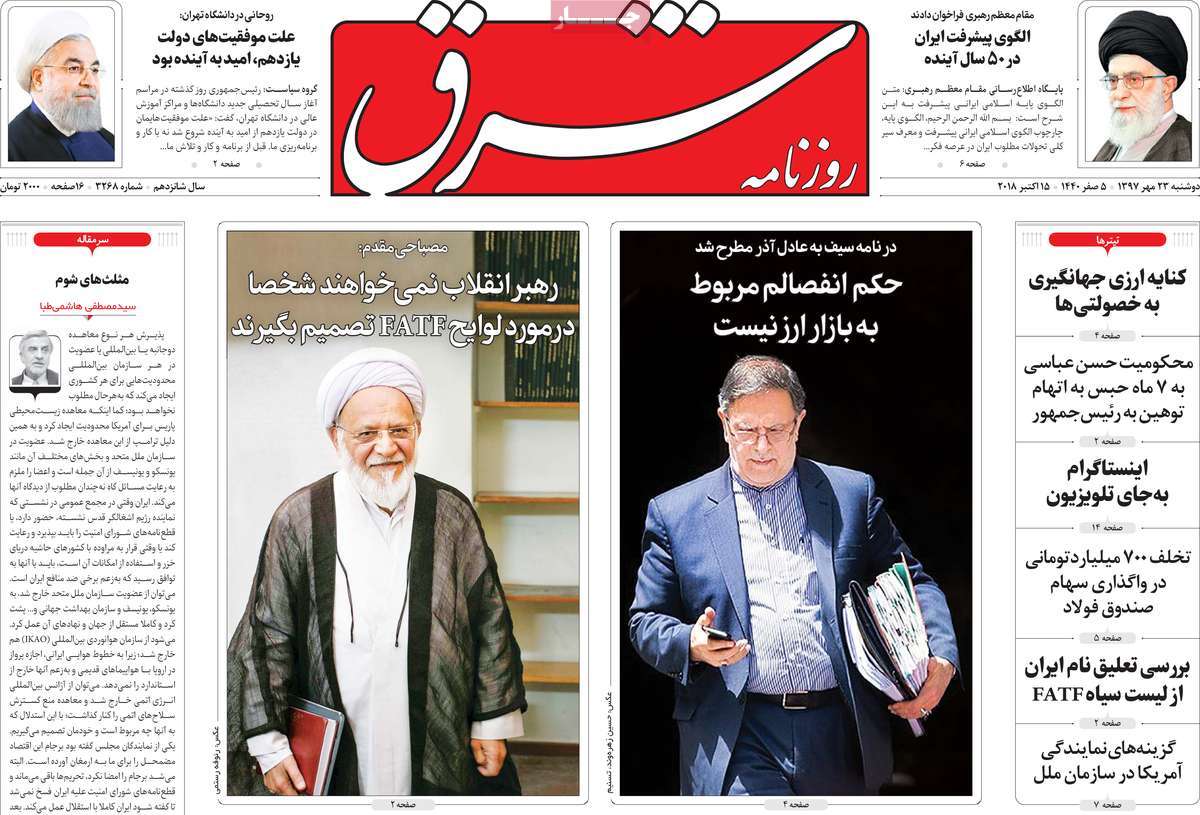 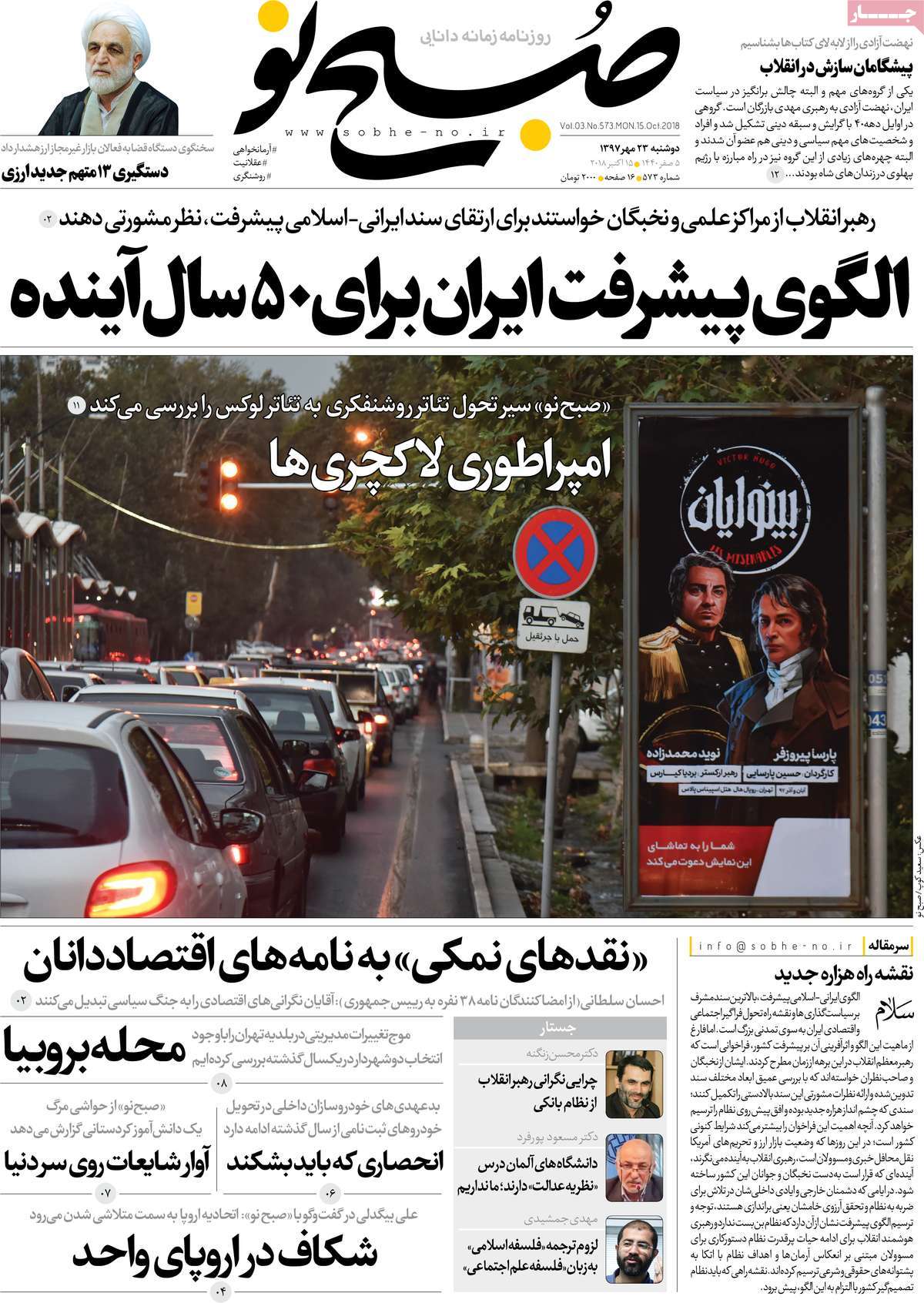 2- Saudis Not to Allow Turkey to Inspect Consulate 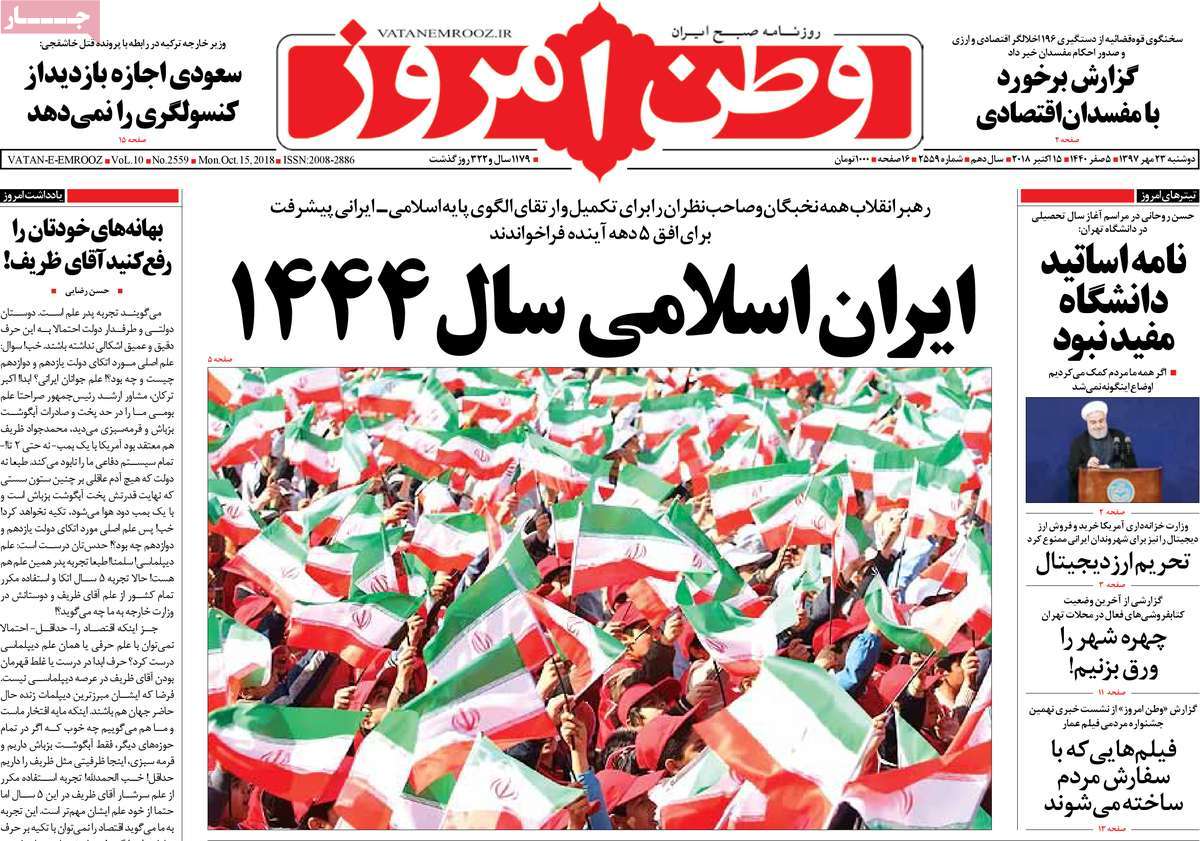