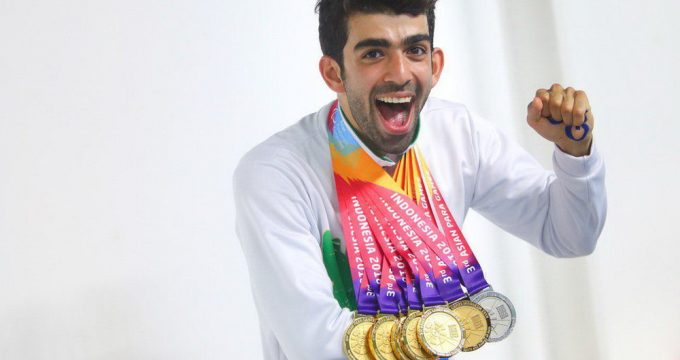 ISNA – Following winning 6 gold medals and one silver medal, Iranian swimmer, Shahin Izadyar has become the most famous athlete in the 3rd round of 2018 Asian Para Games in Ondonesia.

Among Iranian athletes showed an outstanding performance at the tournament, can mention to Shahin Izadyar who managed to make his name eternal. He claimed 6 gold medals and one silver medal and played an important role in Iran’s team in Jakarta. He has become a champion not only for a country but also for whole Asia.

From the beginning of swimming competitions, Shahin Izadyar has shined and decorated with medals.

Shahin Izadyar participated in seven events, in which he fluttered the Iranian flag each time.

He competed against swimmers from Indonesia, Kazakhstan and India in the 100m backstroke S10 on Friday.

He managed to get his hands on the wall at 1.09.23 seconds, winning his sixth swimming race at the Asian Para Games.