A Look at Iranian Newspaper Front Pages on October 11

Iran Front Page – IFP has taken a look at the front pages of Iranian newspapers on Thursday, October 11, 2018, and picked headlines from 14 of them. IFP has simply translated the headlines and does not vouch for their accuracy.

Several papers today covered a court ruling that cancelled an earlier order for seizure of $5 billion in Iranian assets in Italy, describing it as another victory for Iran in its legal battles against the US.

Also a top story was the resignation of US Ambassador to the UN Nikki Haley and the possible candidates to replace her. The main focus of speculations was whether Donald Trump would choose a moderate or an anti-Iran figure for the position.

2- Another Legal Victory for Iran against US 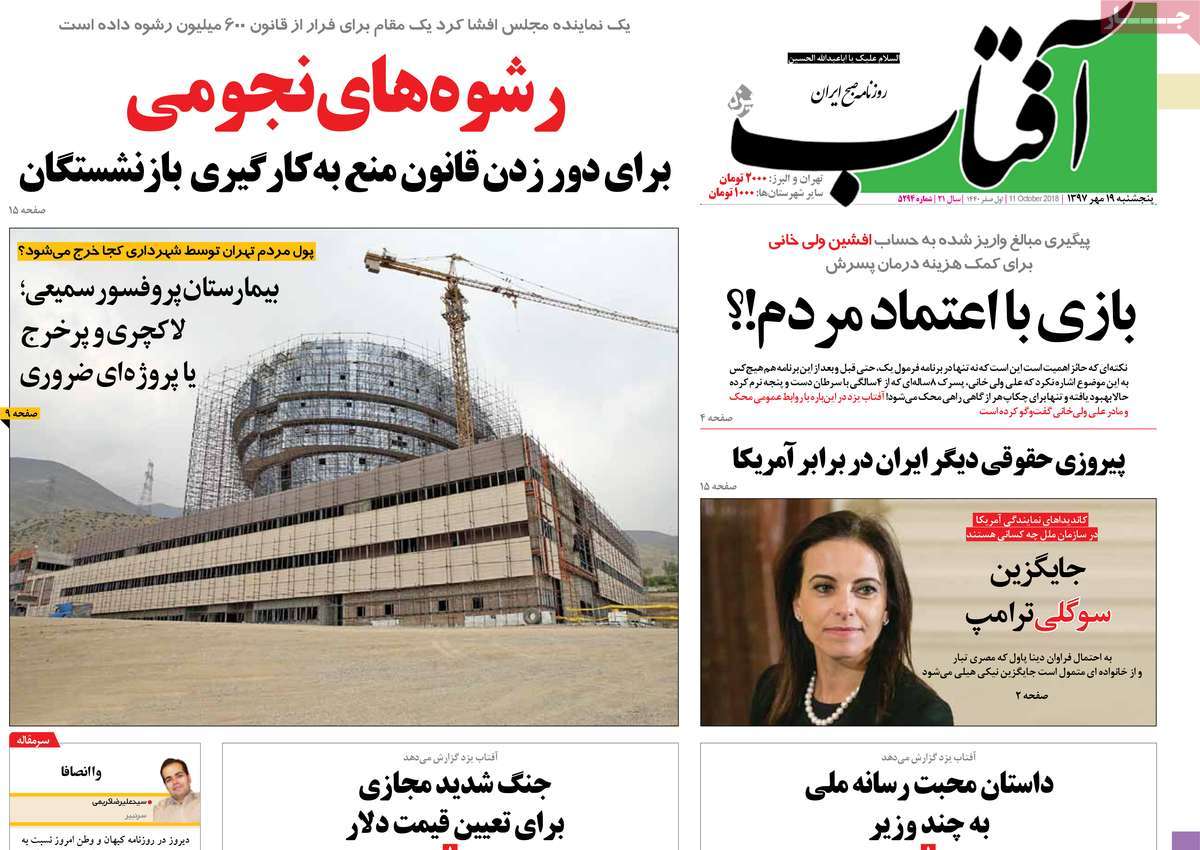 1- Iranian Lawyers Accuse US of Avoiding Responding to Questions

2- Earth’s Depression: What Impact Do Antidepressant Drugs Have on Earth? 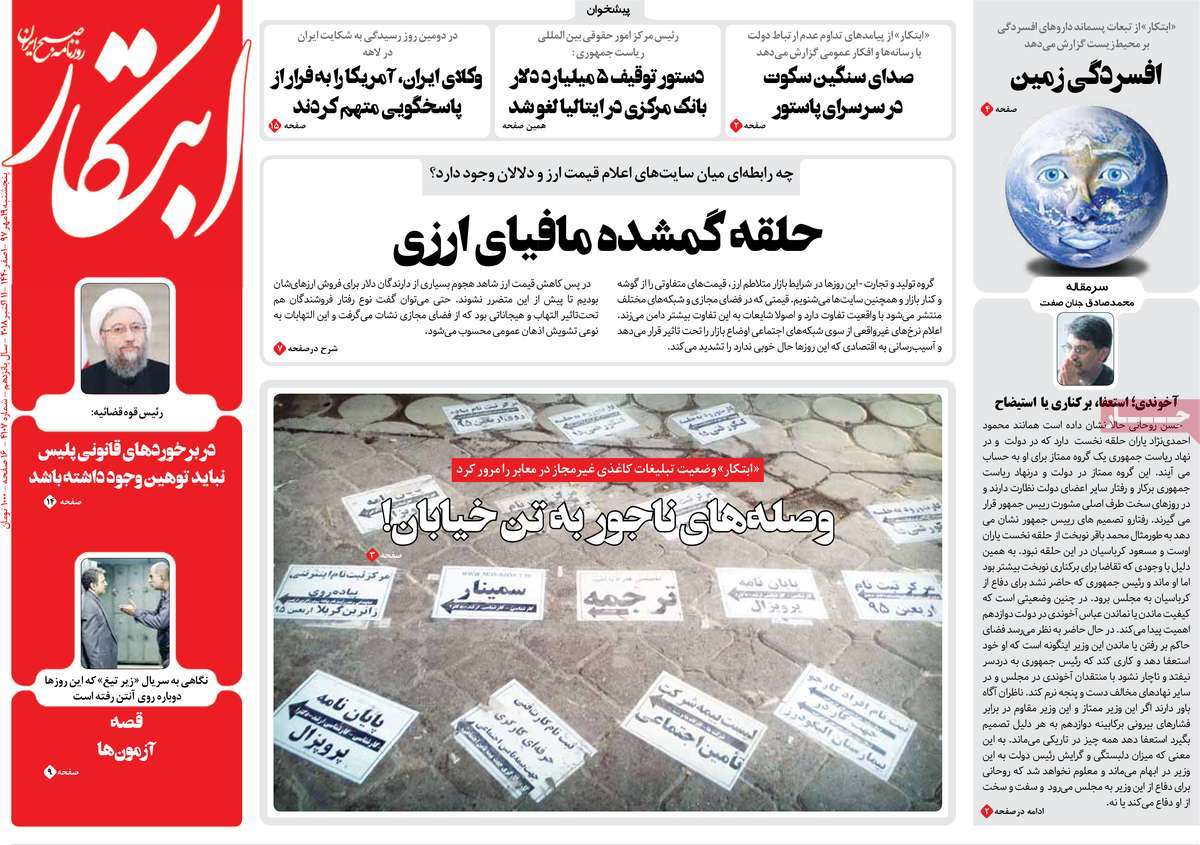 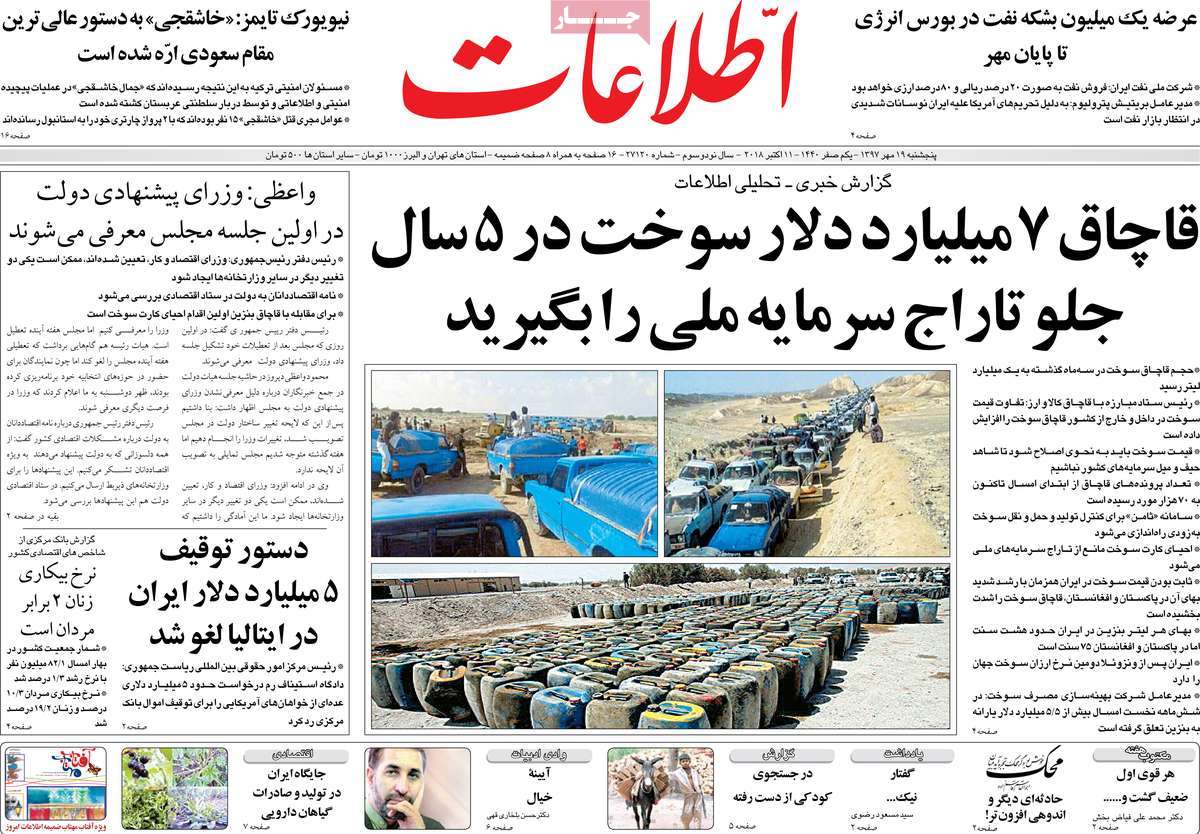 1- Temporary Detention to Be Limited in Iran 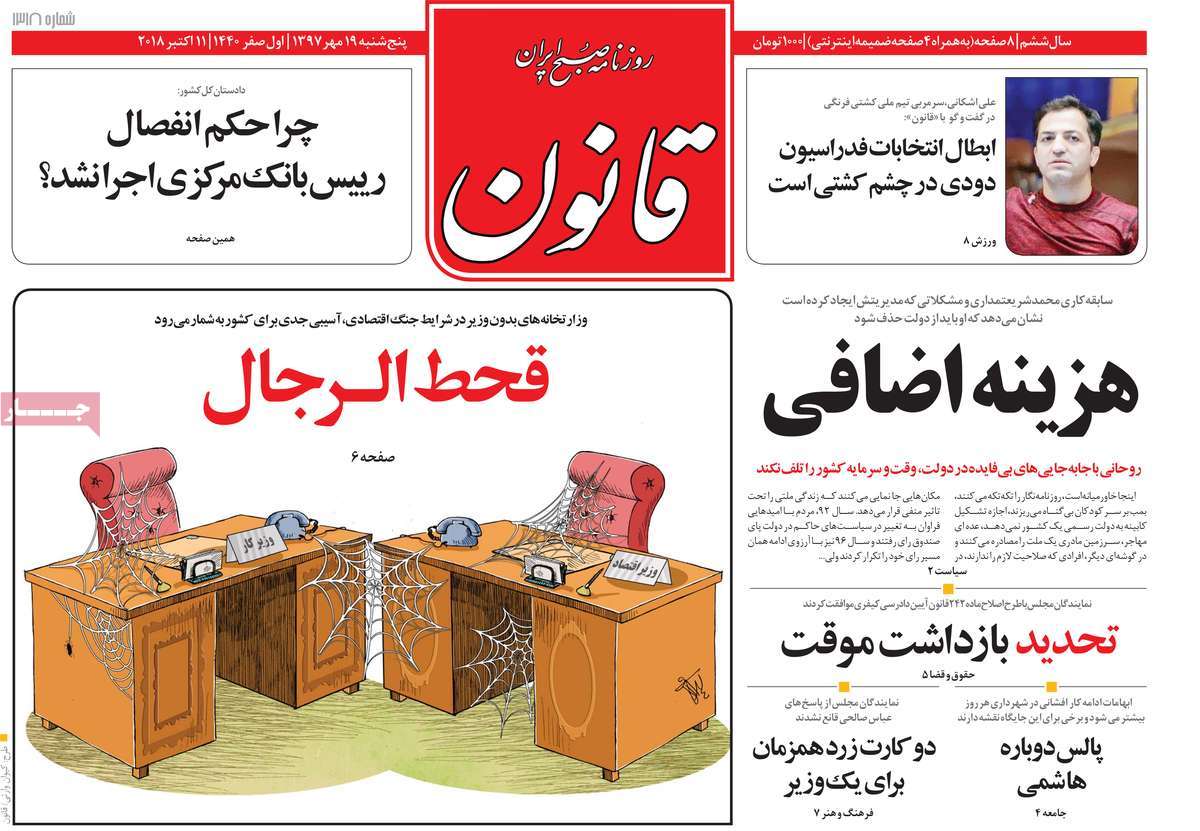 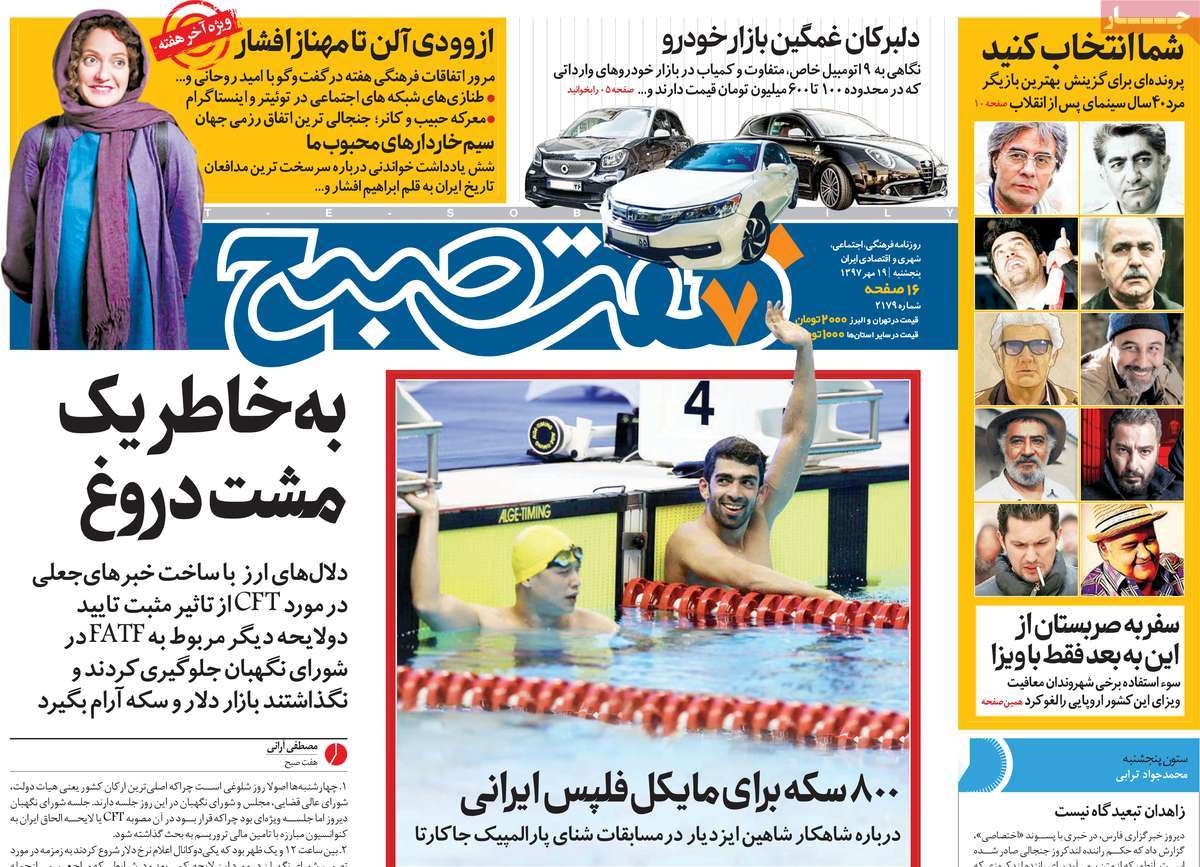 1- Based on Parliament’s Decision, Temporary Detention Time to Get Shorter 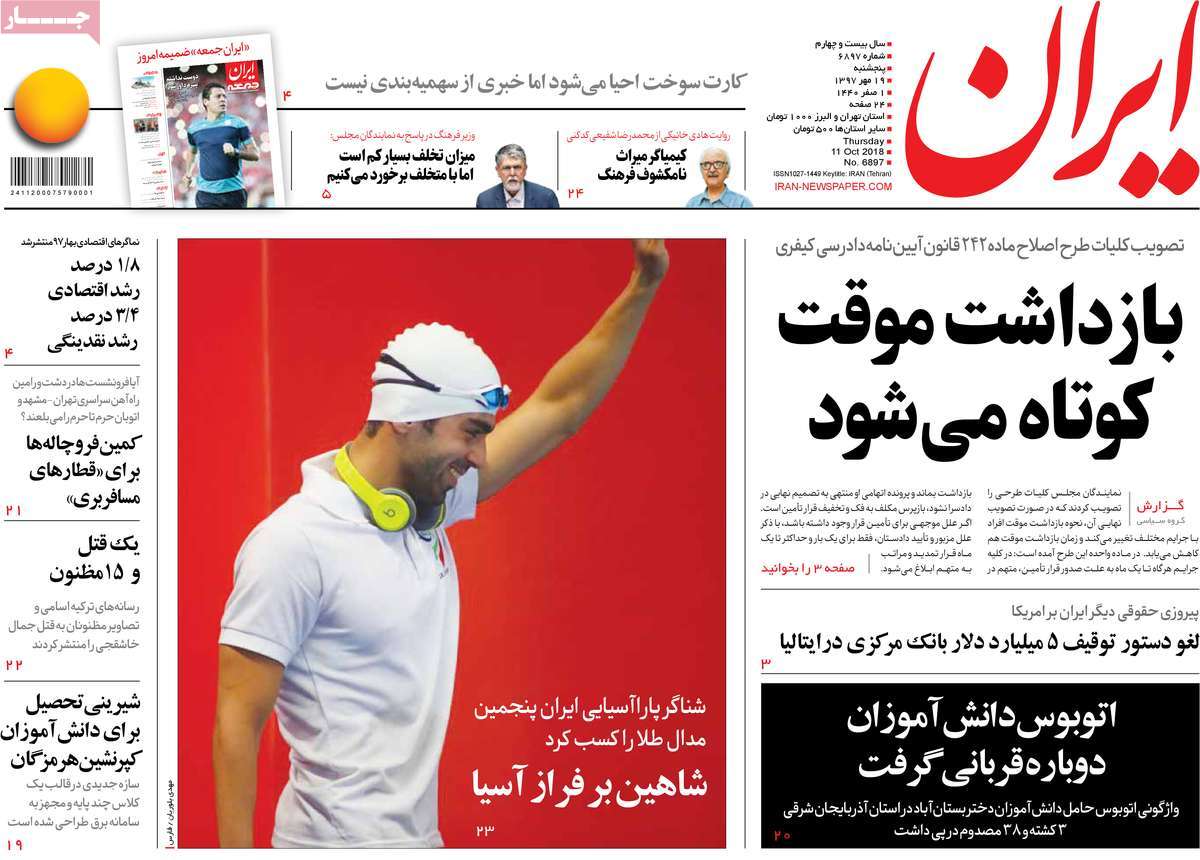 2- US Backs Off for Fear of Iran Losing Its Patience 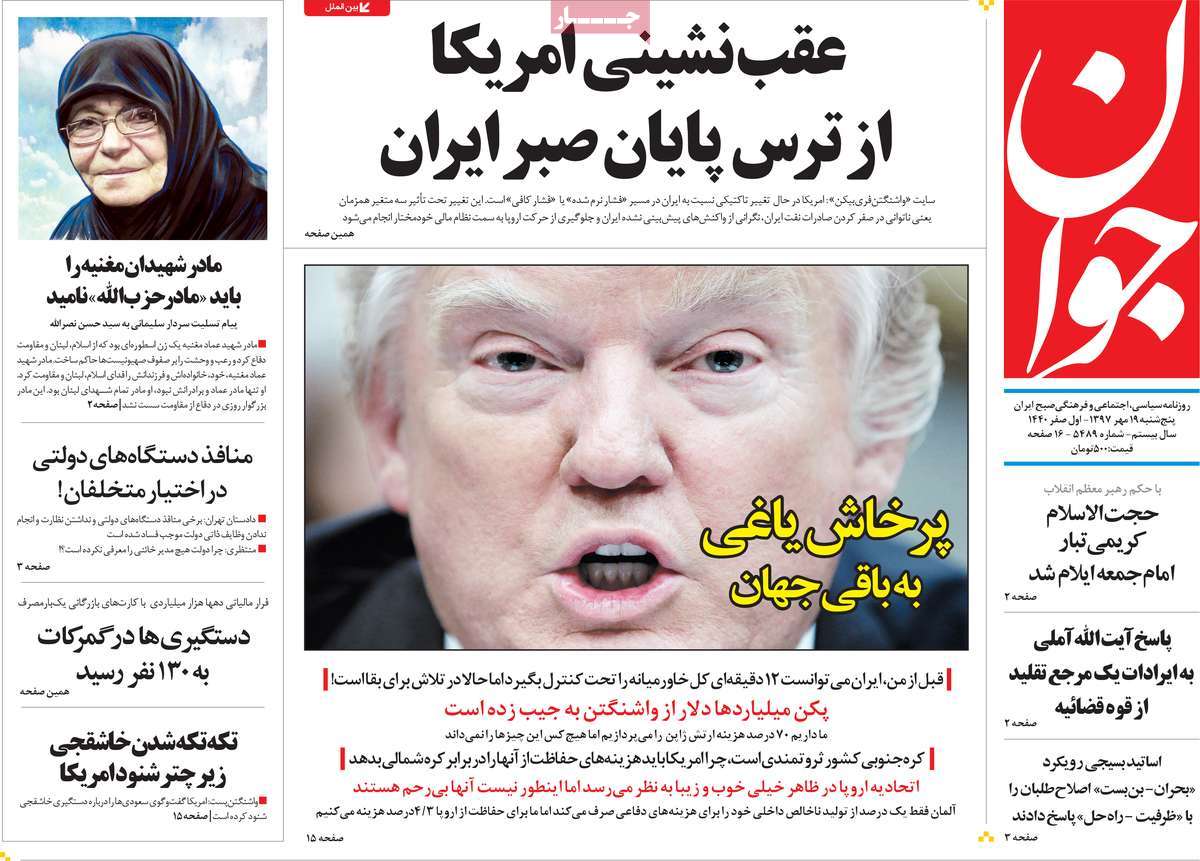 2- French Senators Call for Reinforcement of Euro to Support Iran 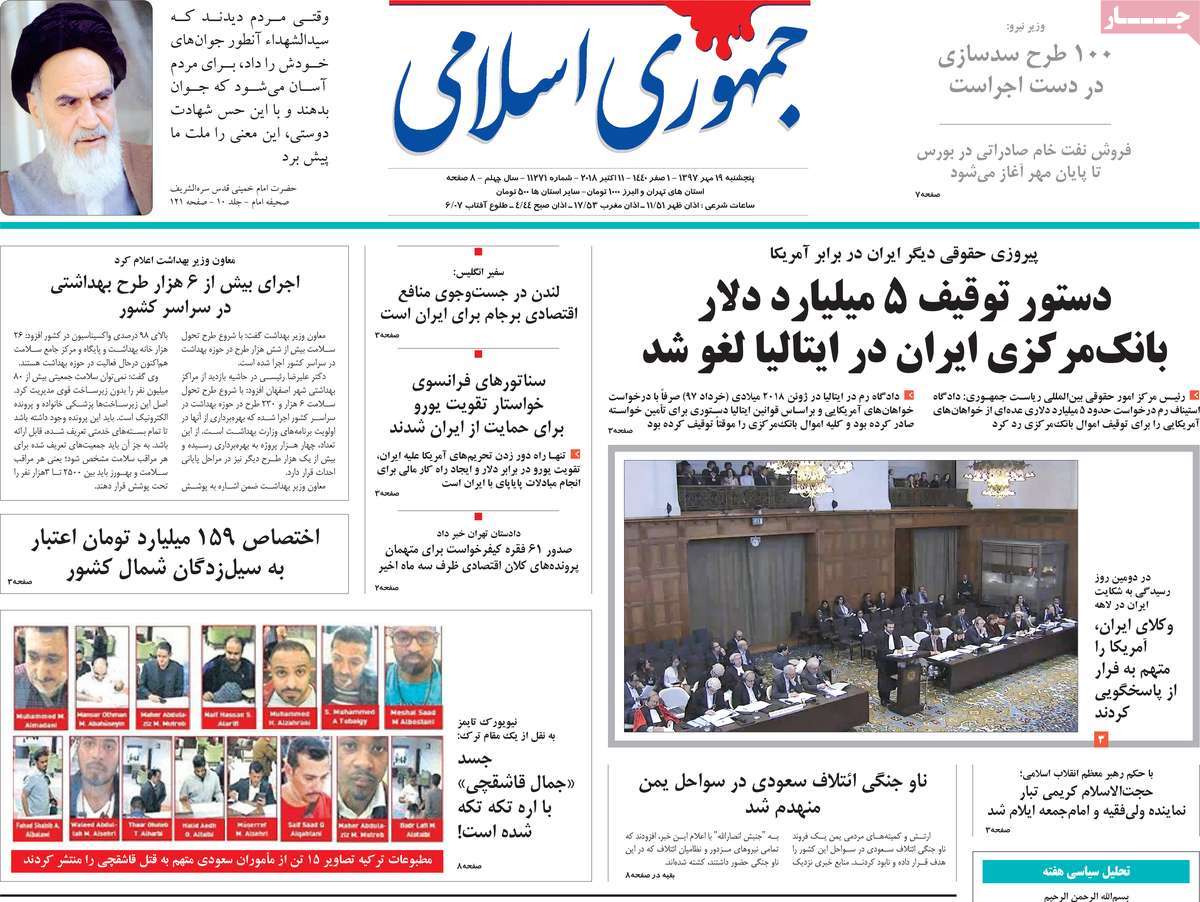 * This Is Why FATF Needs to Be Rejected

3- Funeral Held for ‘Mother of Hezbollah’ in Beirut

4- Iran Could Take Control of Entire Mideast in 12 Minutes: Trump in Ridiculous Claim 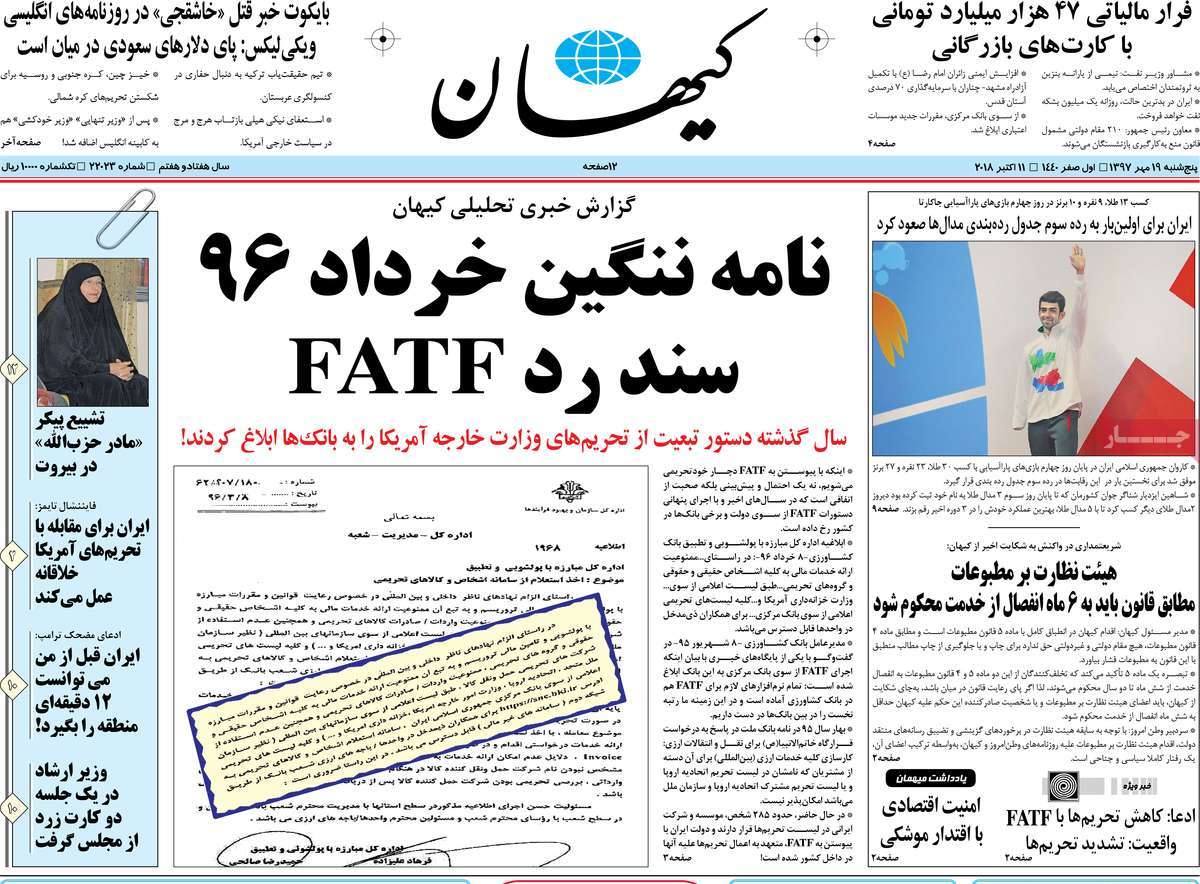 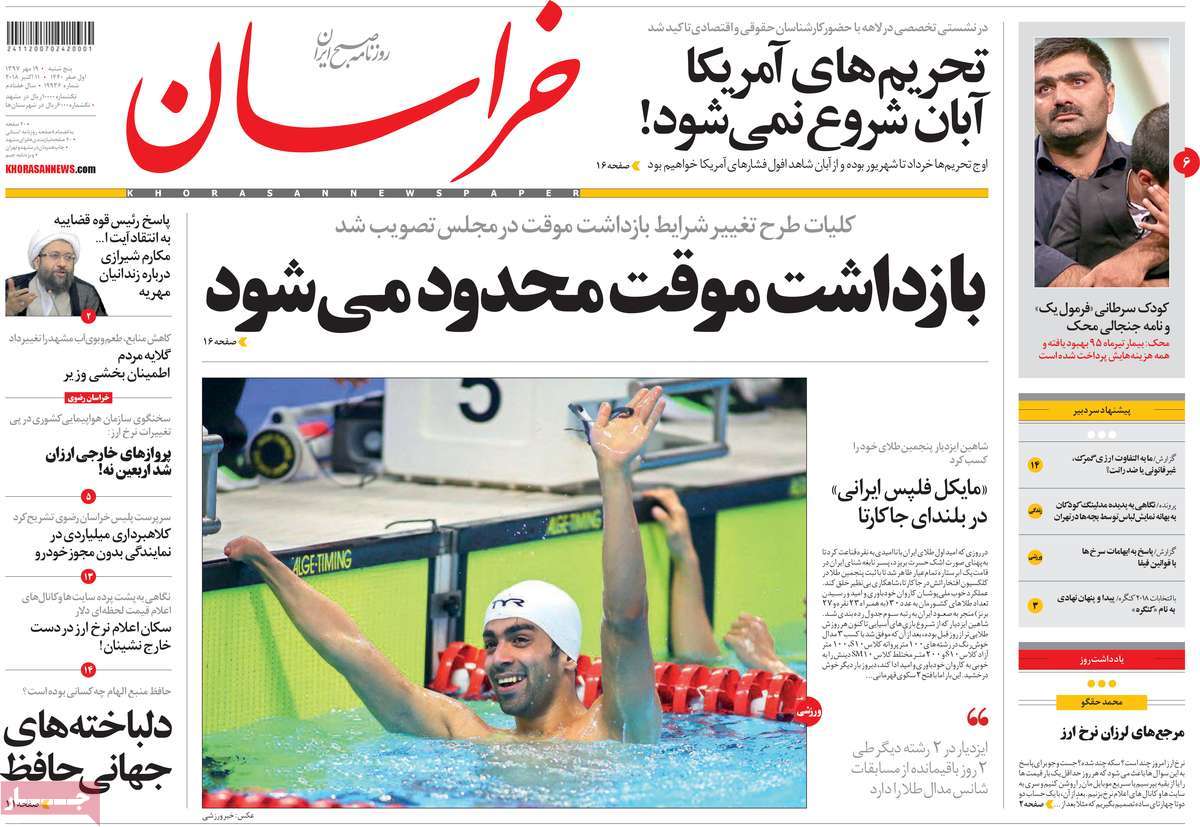 1- Iran’s Second Victory at The Hague

2- Haley another Victim of Trump: Who Are Possible Candidates to Replace Her? 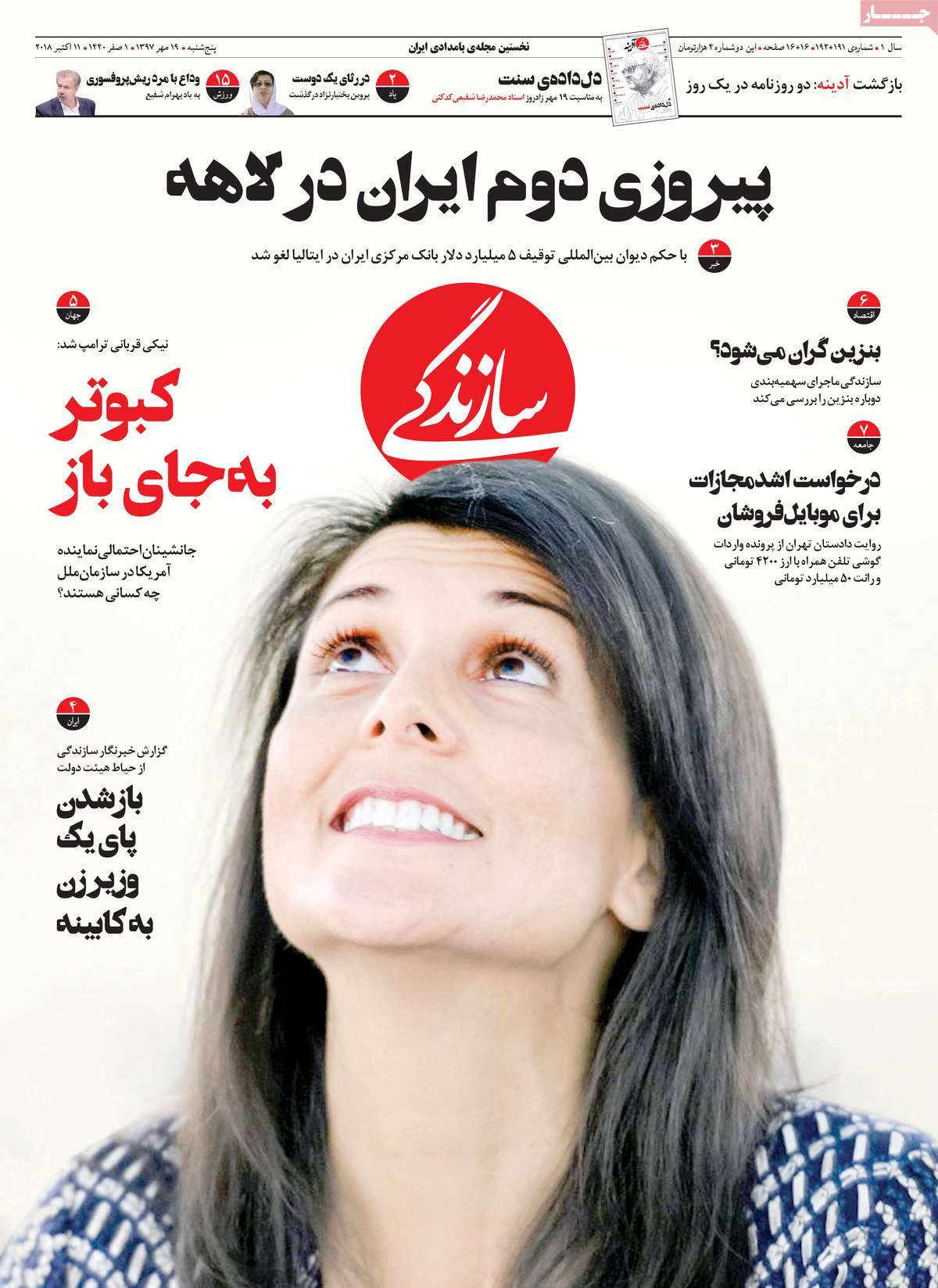 1- Why Divorce Rates Not Going Down 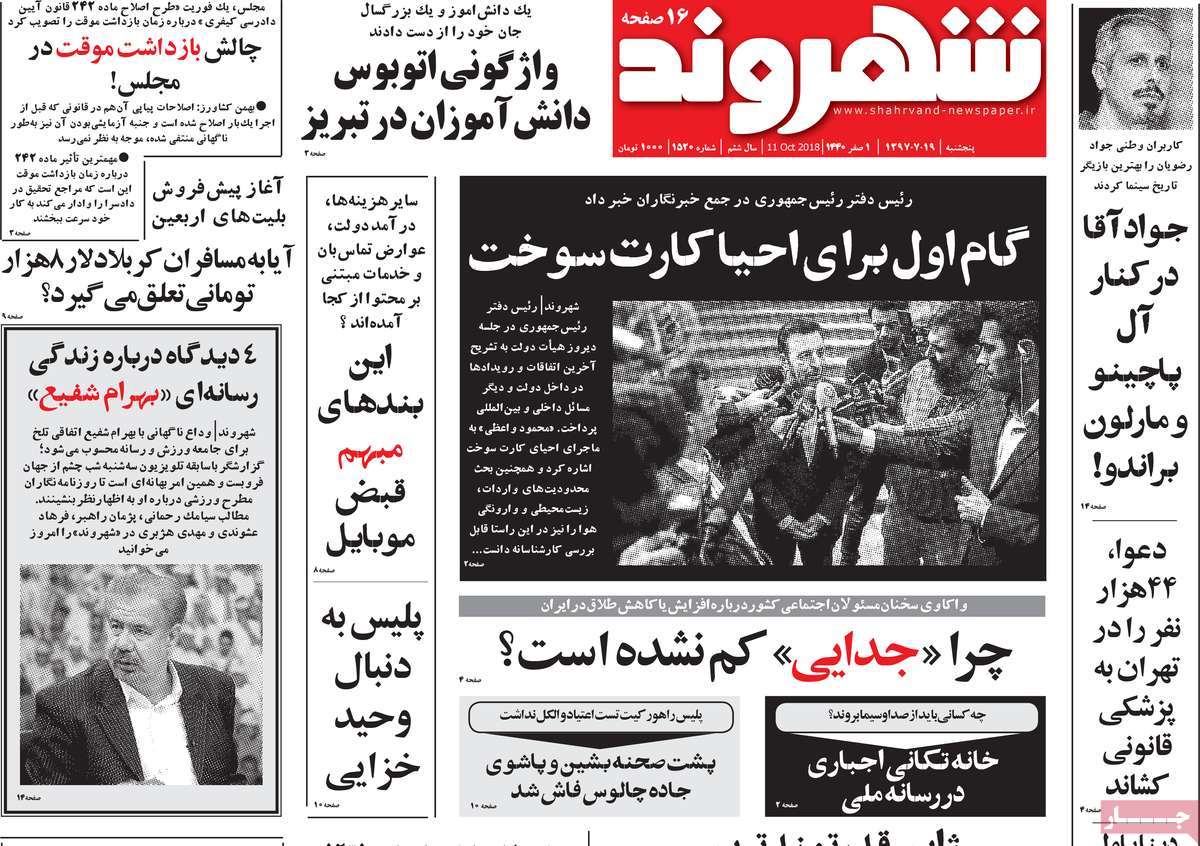 2- Who Will Replace Haley in UN: Anti-Iran or Moderate Figure? 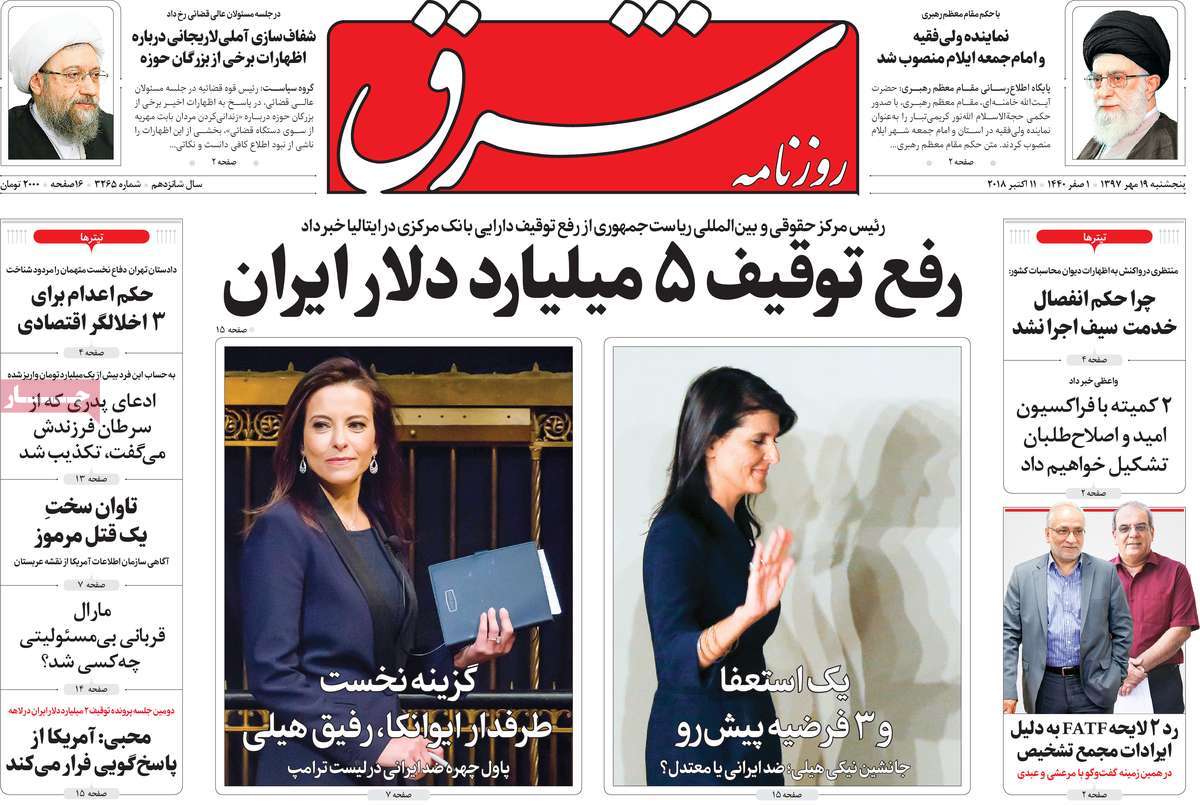 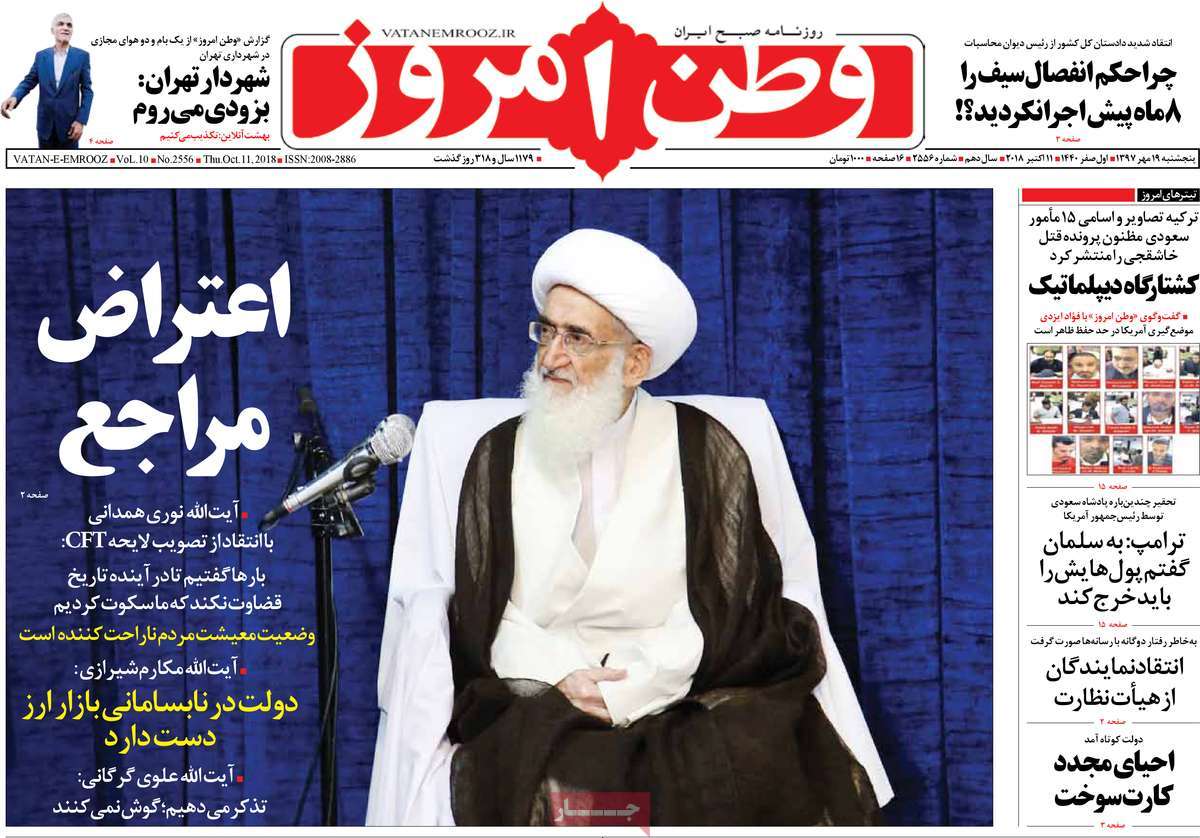