A look at Iranian newspaper front pages on October 8

Iran Front Page – IFP has taken a look at the front pages of Iranian newspapers on Monday, October 8, 2018, and picked headlines from 16 of them. IFP has simply translated the headlines and does not vouch for their accuracy.

All papers today covered the Iranian Parliament’s “historic” decision to pass a bill on the country’s accession to Combating the Financing of Terrorism (CFT) despite fierce opposition by conservatives.

A top story was the impact of the Parliament’s decision, which still needs to be ratified by the Guardian Council to be signed into law, on the Forex, gold coin, and stock exchange markets. 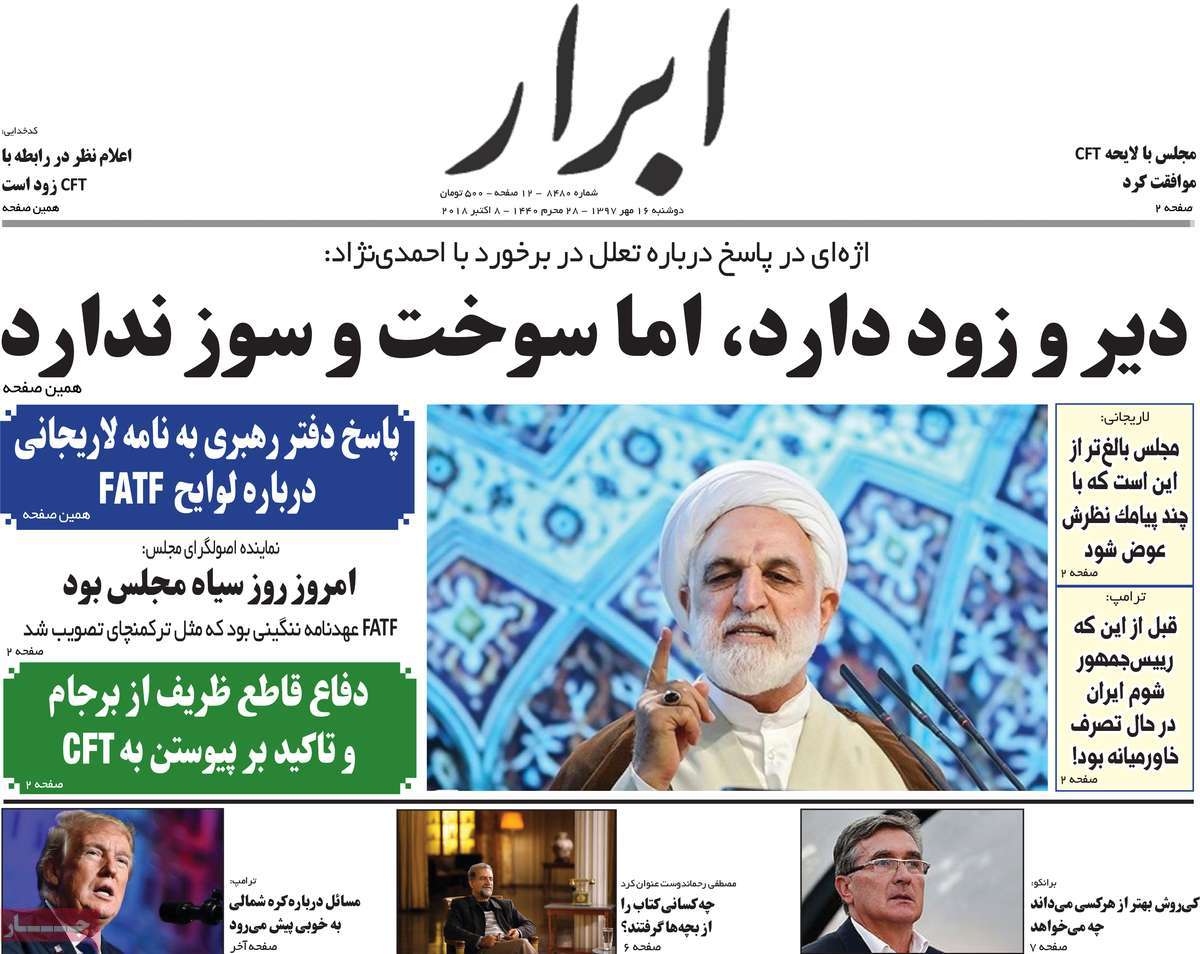 1- Controversial Victory: CFT Approved despite All Controversies Created by Hardliners 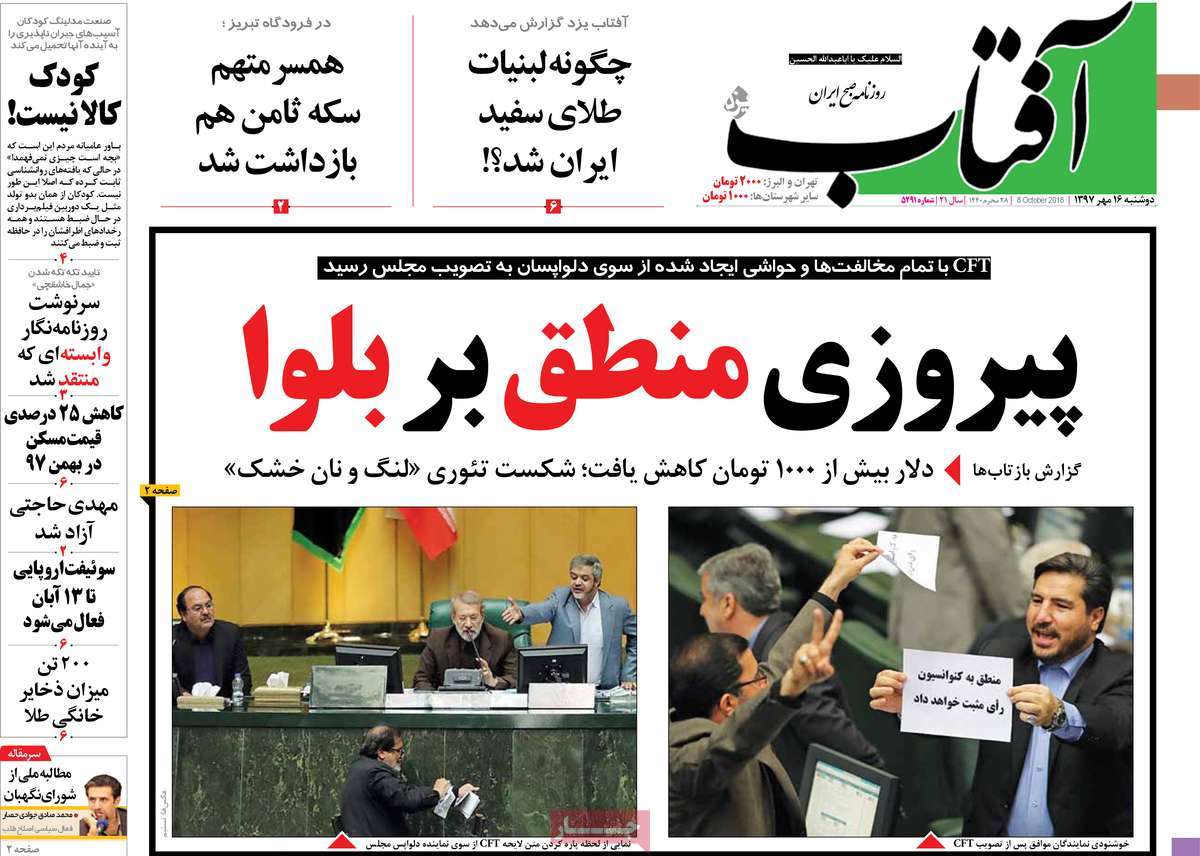 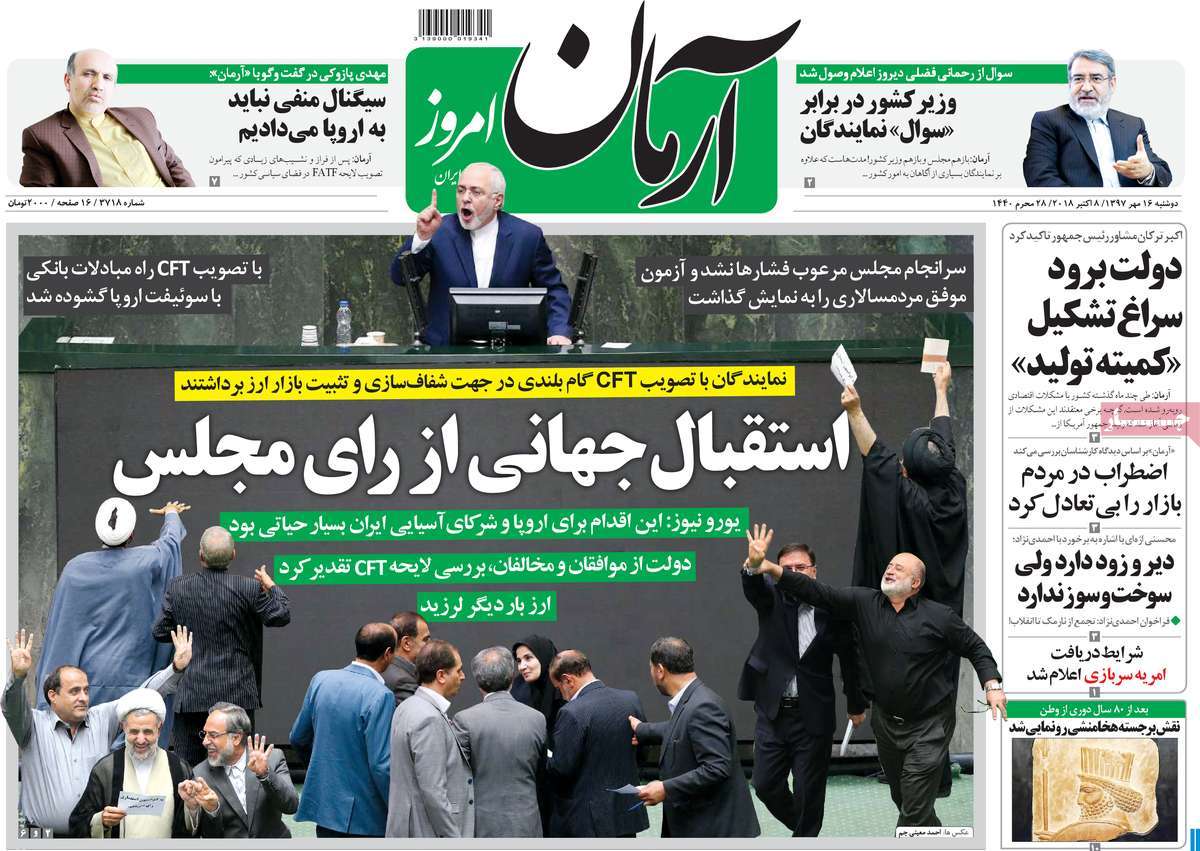 1- Blood of Khashoggi in Saudi Consulate 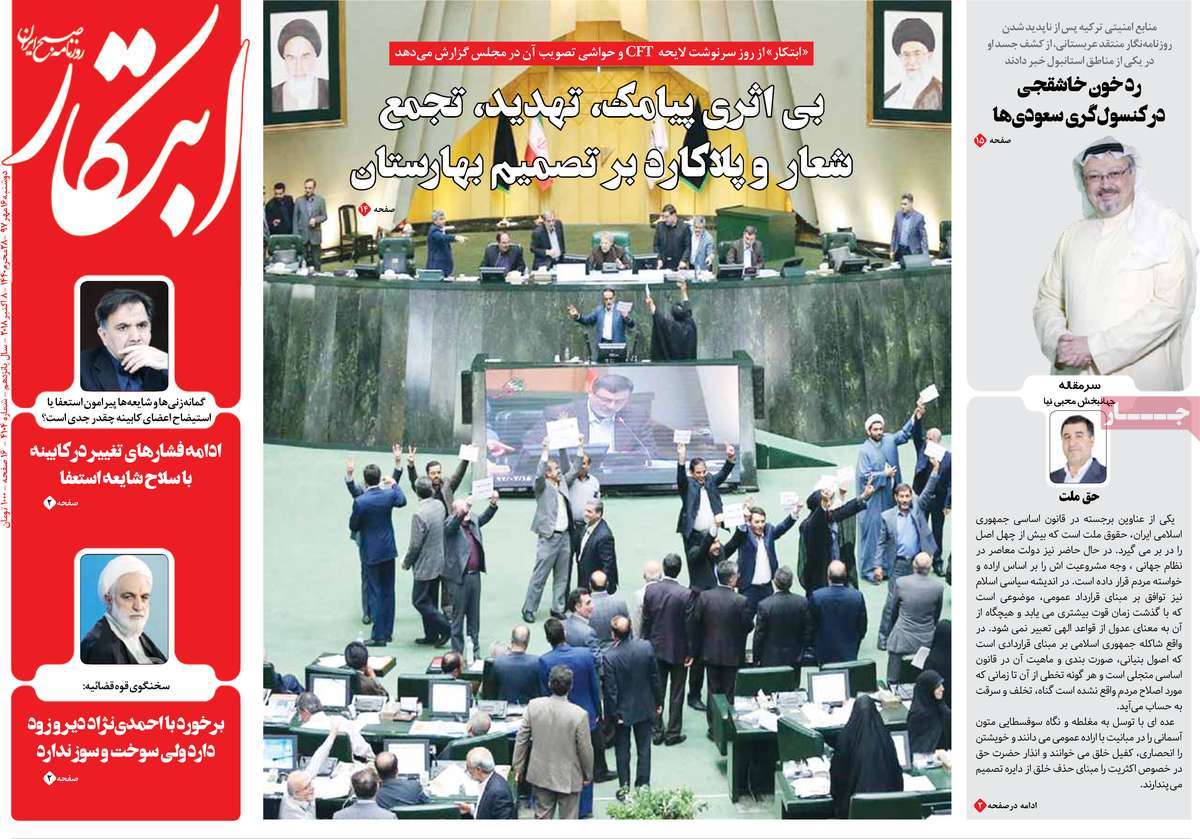 2- Transparent as Approval of CFT 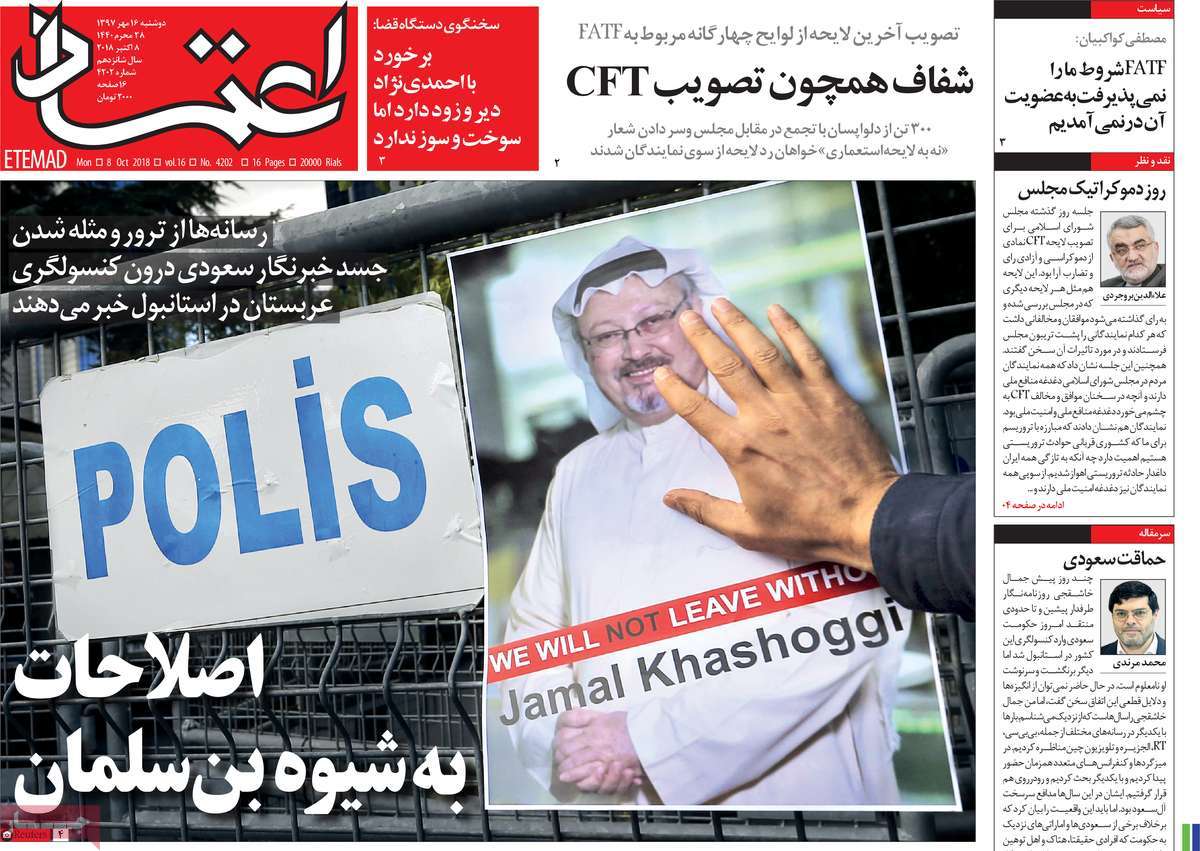 1- Iran’s Accession to Combating the Financing of Terrorism (CFT)

2- Achaemenid Relic, Returned to Iran from US, Unveiled in National Museum of Iran 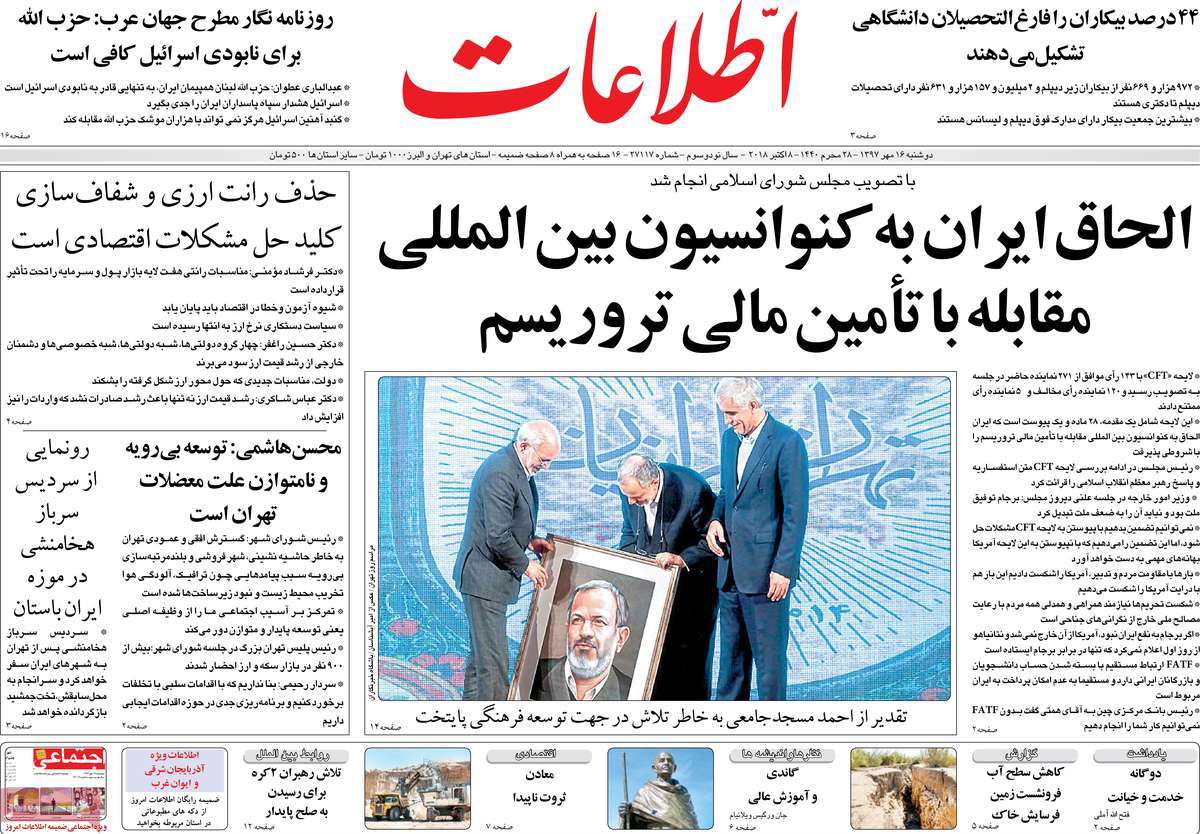 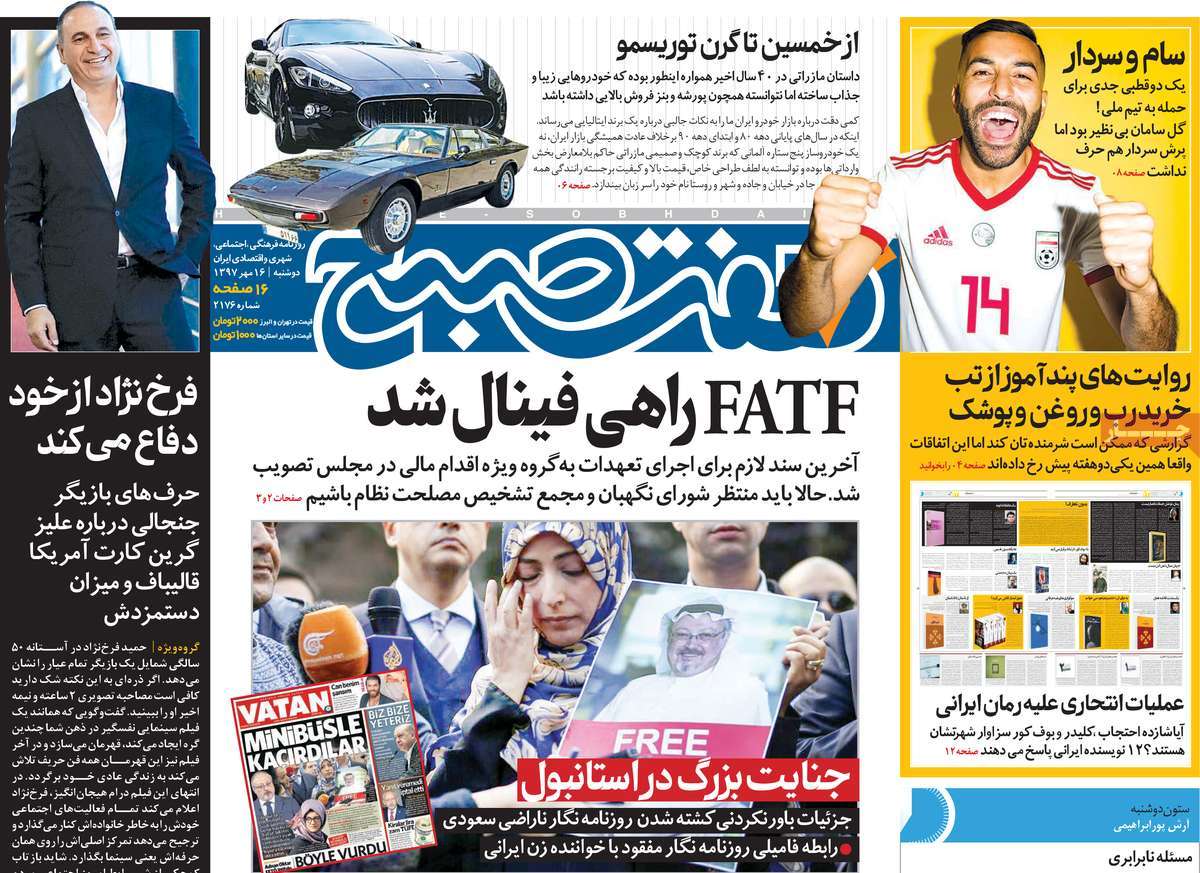 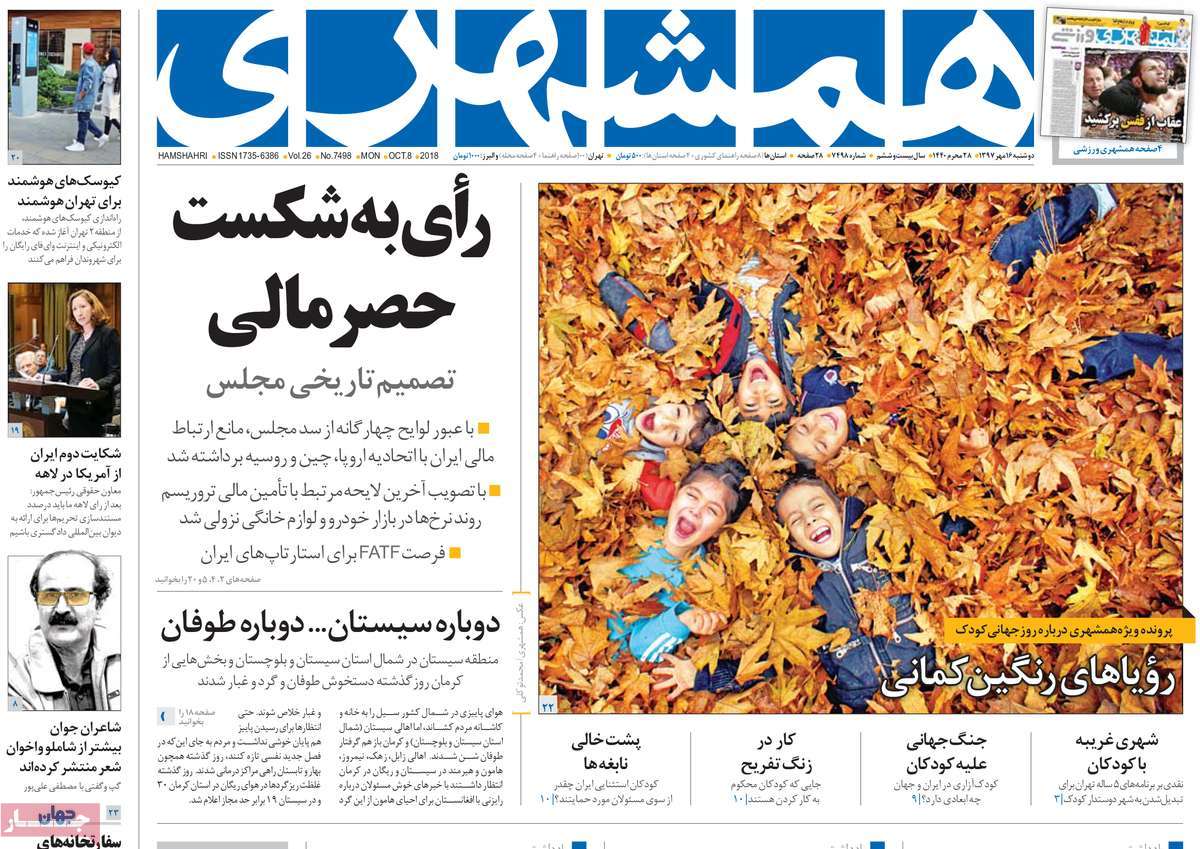 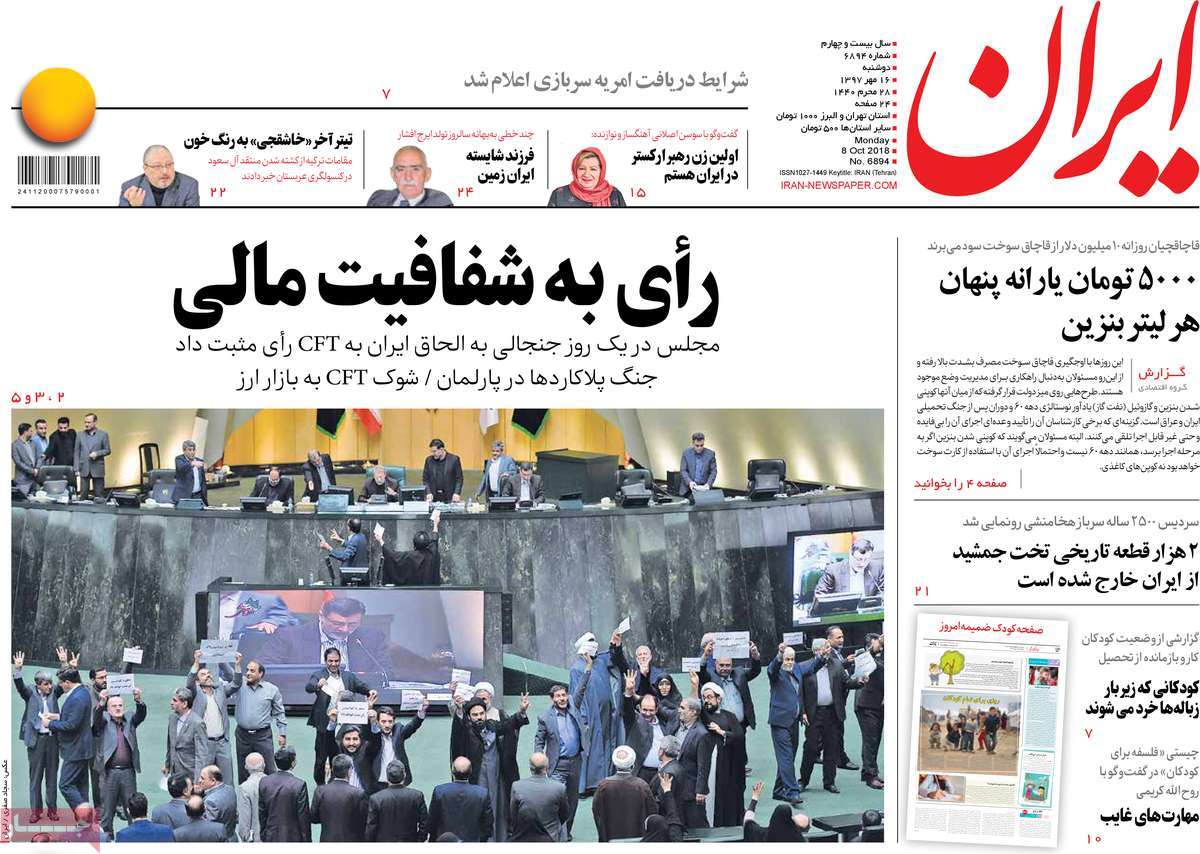 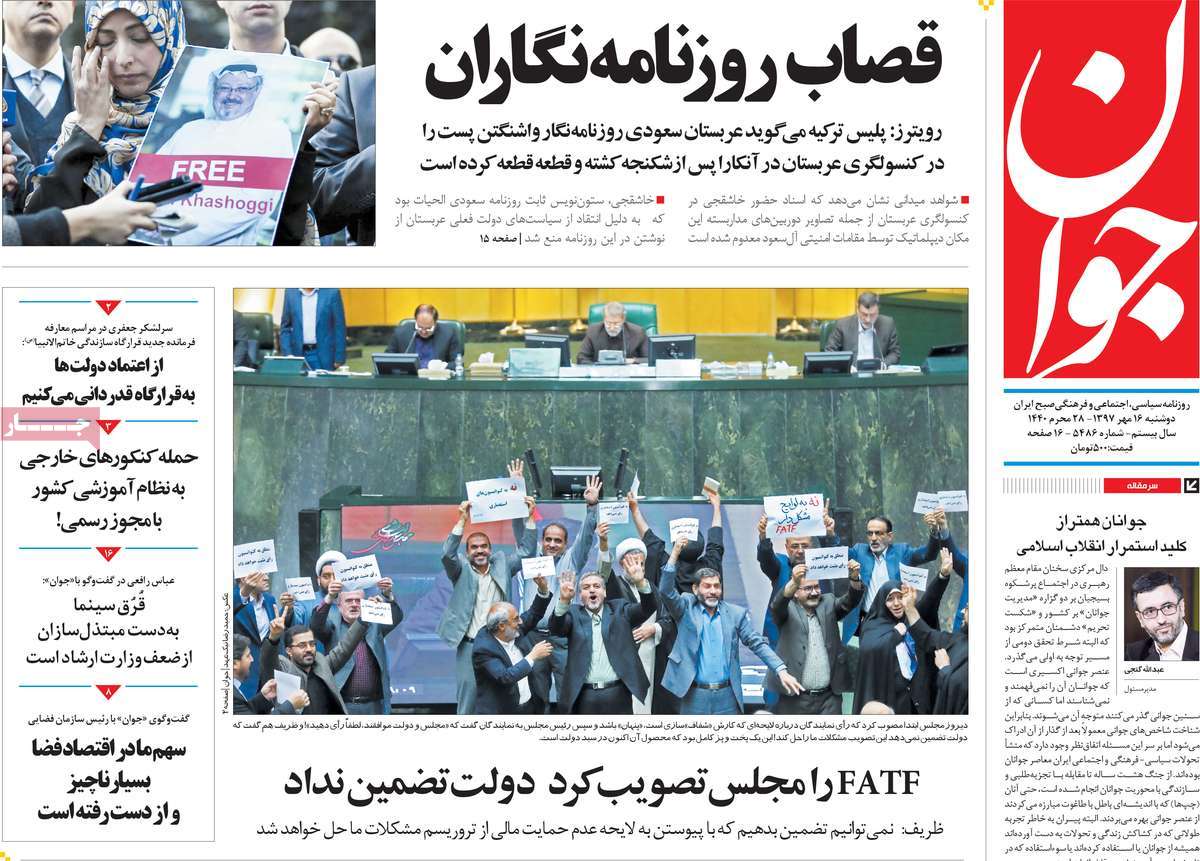 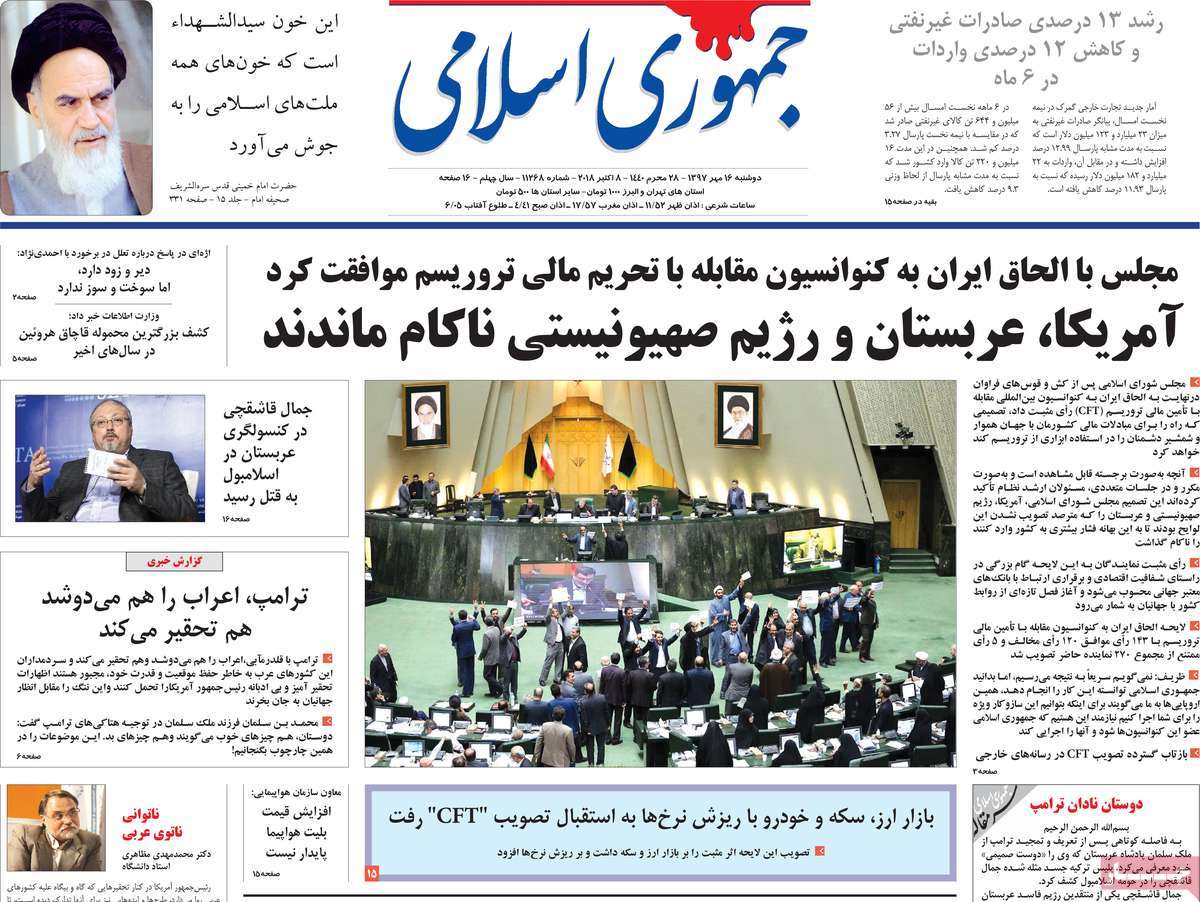 1- Vote in Darkness: Why Are CFT Proponents Afraid of Disclosing Their Names? 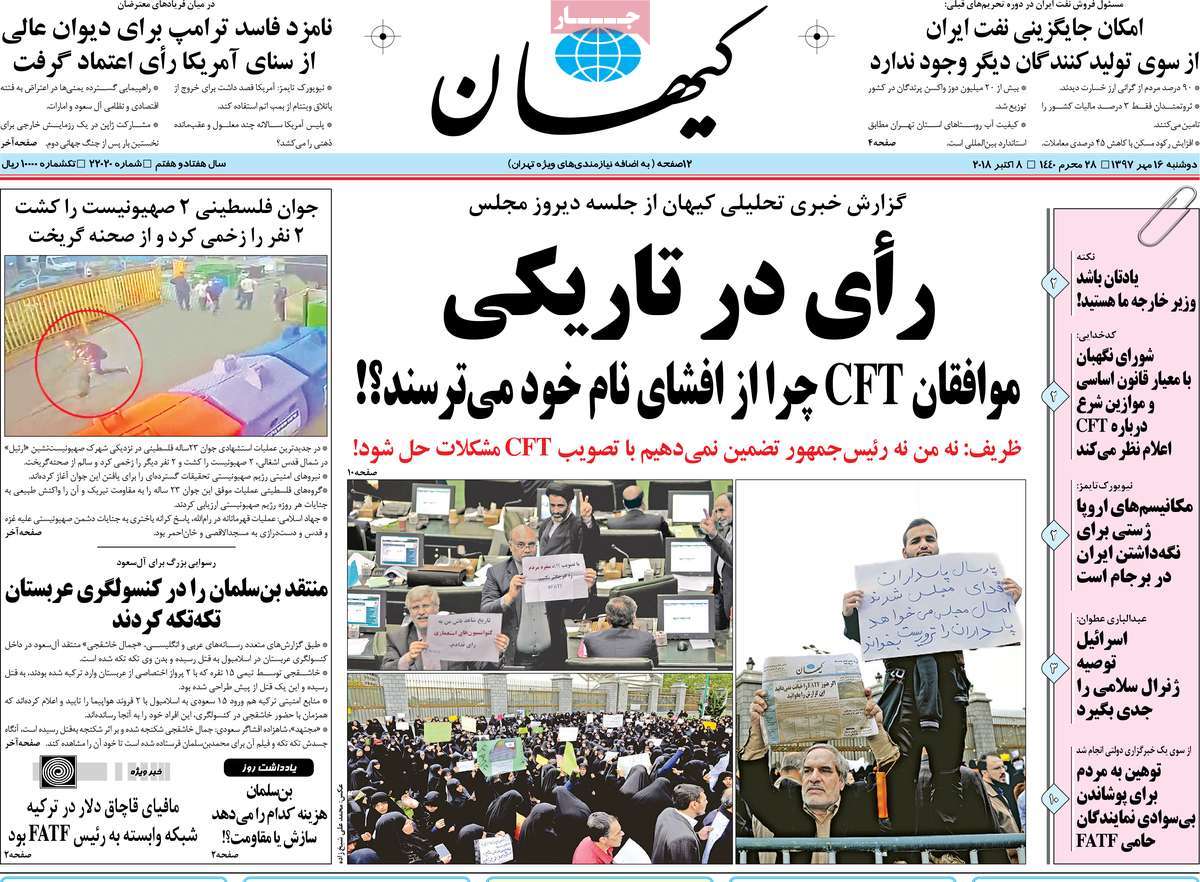 1- CFT Law Passed in Parliament Thanks to Secret Votes 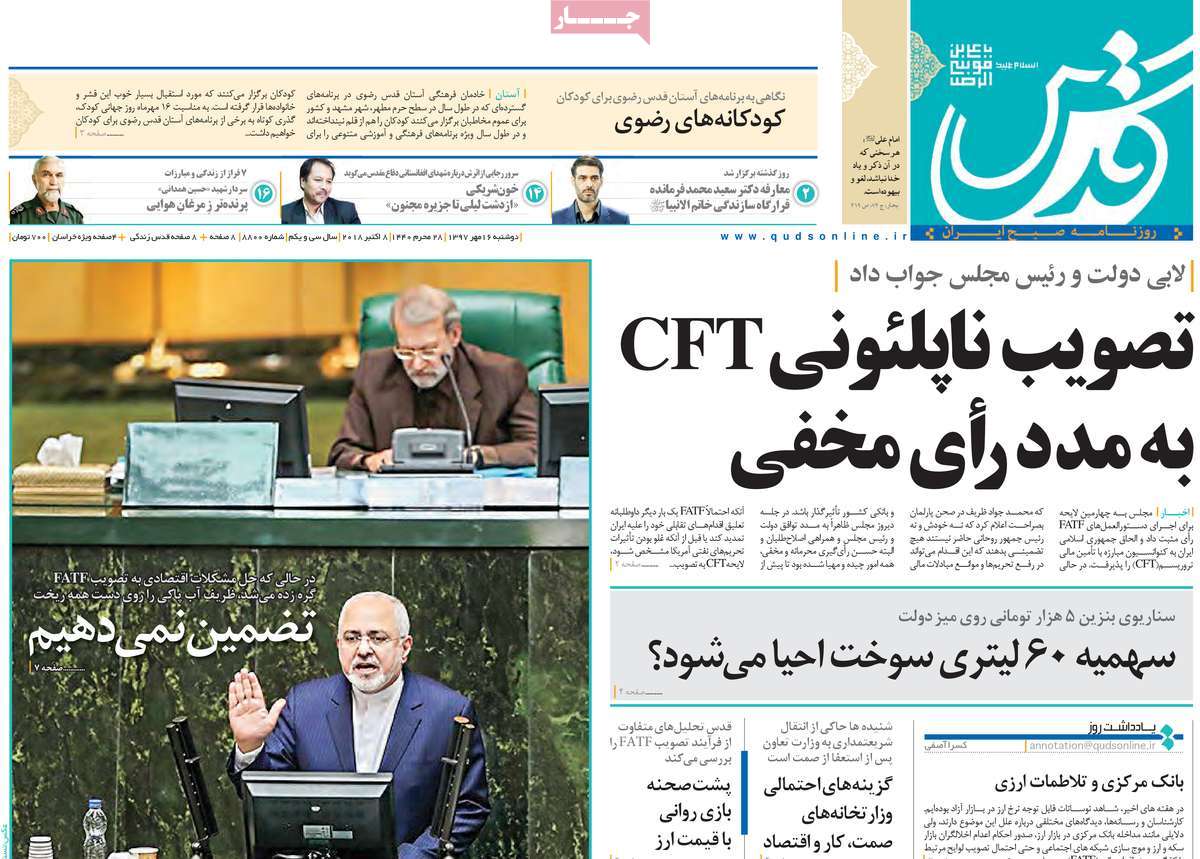 2- Day of Larijani: How Did Parliament Speaker Foil 7 Scenarios of CFT Opponents 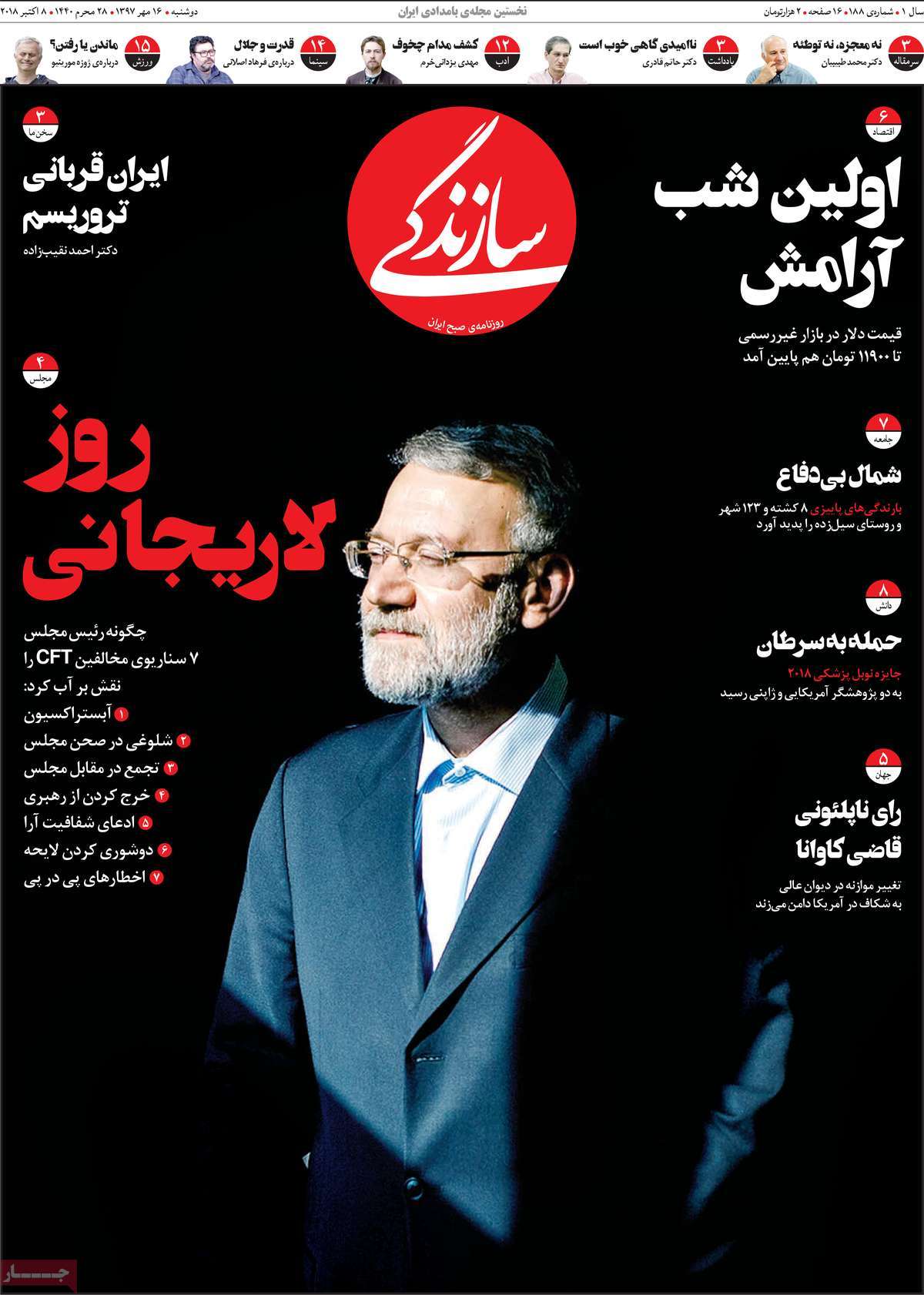 1- Parliament Votes for What People Wanted 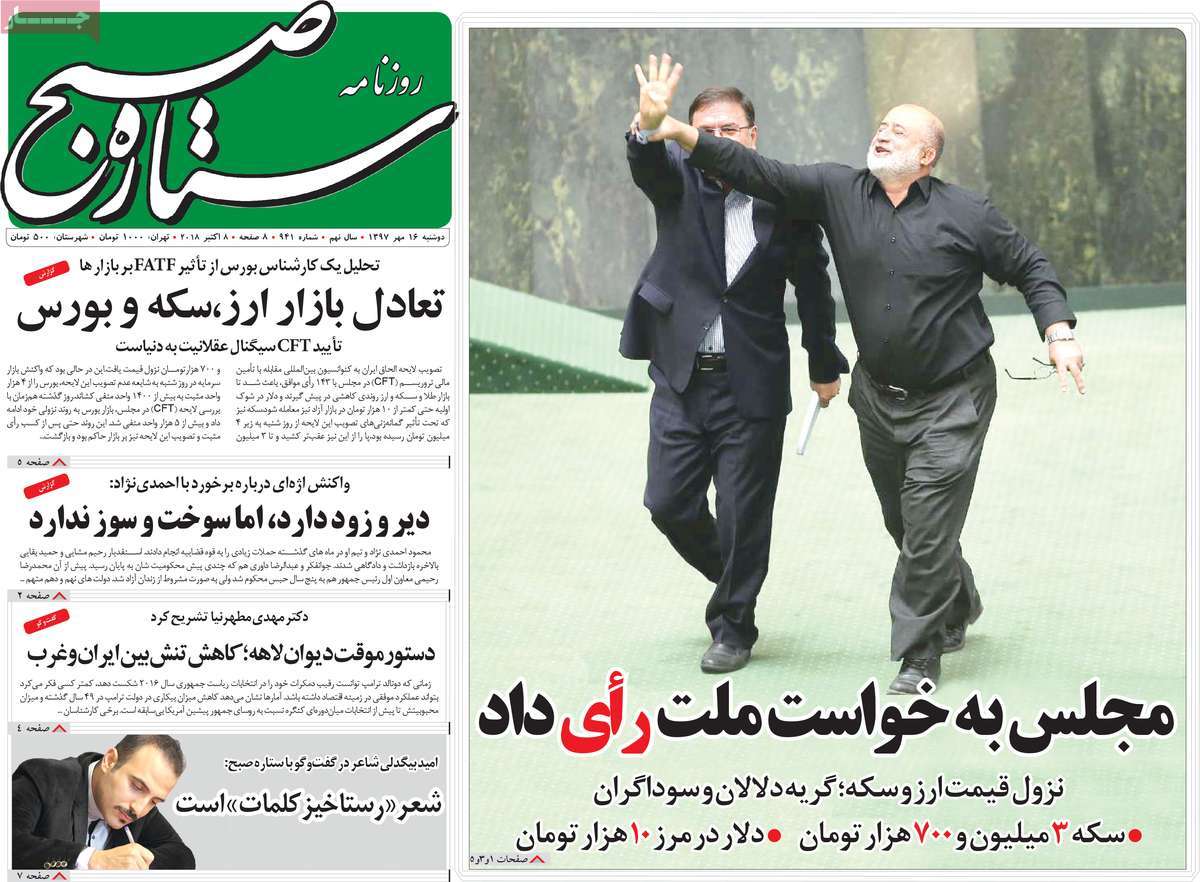 1- FATF to Be Discussed by Guardian Council 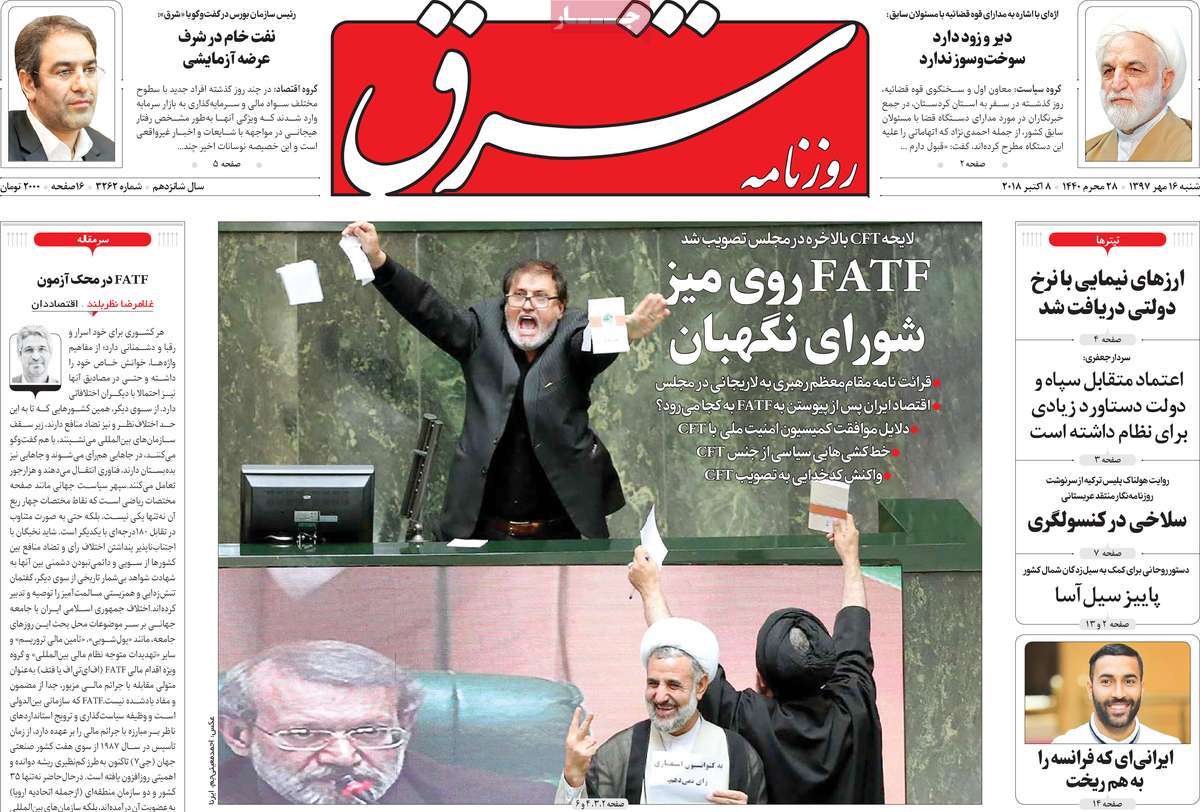