A Look at Iranian Newspaper Front Pages on October 3

Iran Front Page – IFP has taken a look at the front pages of Iranian newspapers on Wednesday, October 3, 2018, and picked headlines from 15 of them. IFP has simply translated the headlines and does not vouch for their accuracy.

The surprising decrease in the US dollar rate, which started on Monday, continued to make headlines in Iran on Wednesday.

Several papers also highlighted the deaths of 40 ISIS ringleaders in the IRGC’s recent missile attack on their positions in Syria, which were 3 miles away from US forces.

The Iranian Parliament’s upcoming vote on a bill on Combating the Financing of Terrorism (CFT) also remained a top story, with many conservative papers expressing strong opposition to a possible yea vote.

2- Iraqi FM: We Won’t Cooperate with US Sanctions on Iran Either Directly or Indirectly

3- Araqchi: No Talks of Suspension of Sanctions

4- UN to Resume Plan on Return of Syrian Refugees 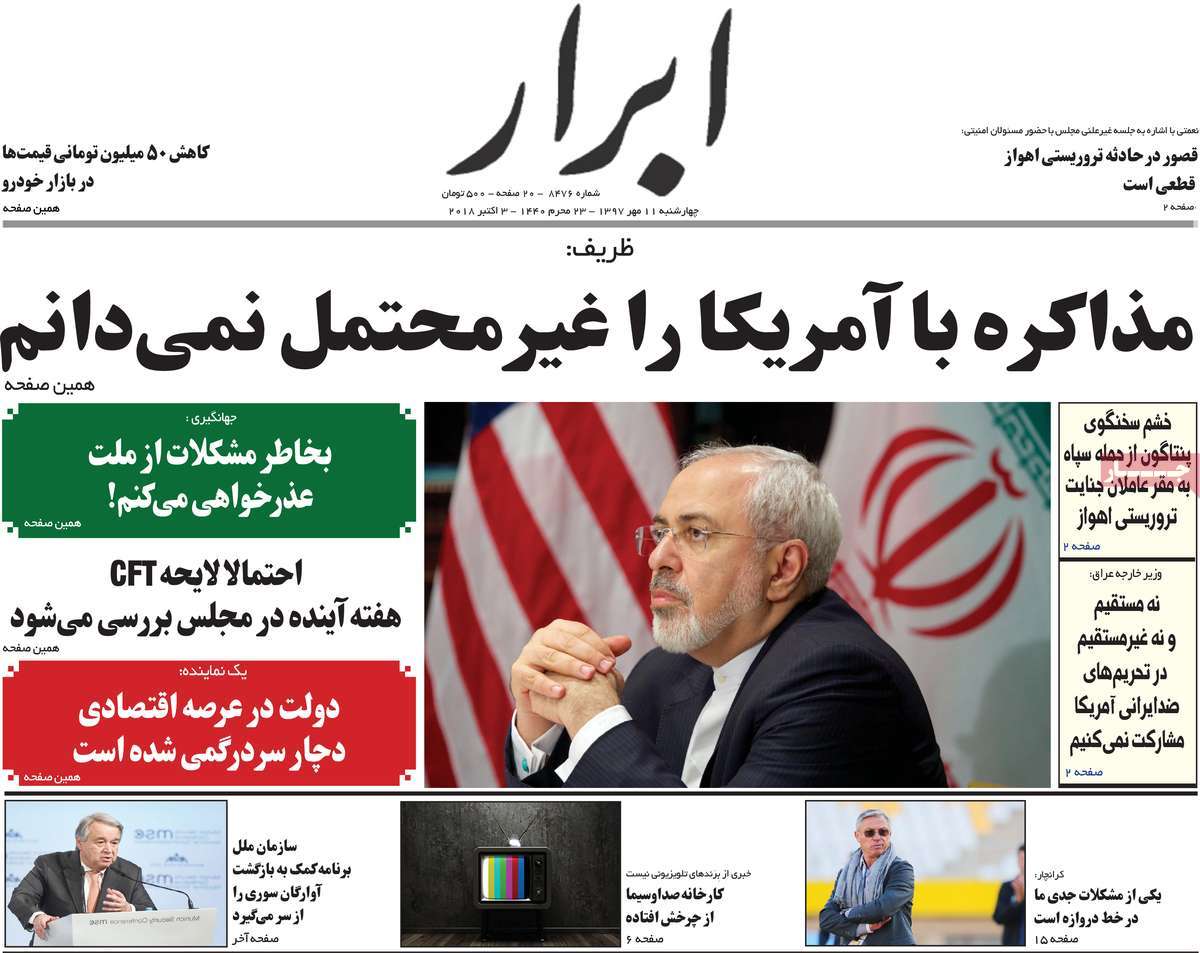 1- Zarif: I Don’t Rule Out Possibility of Talks with US If Conditions Are Provided 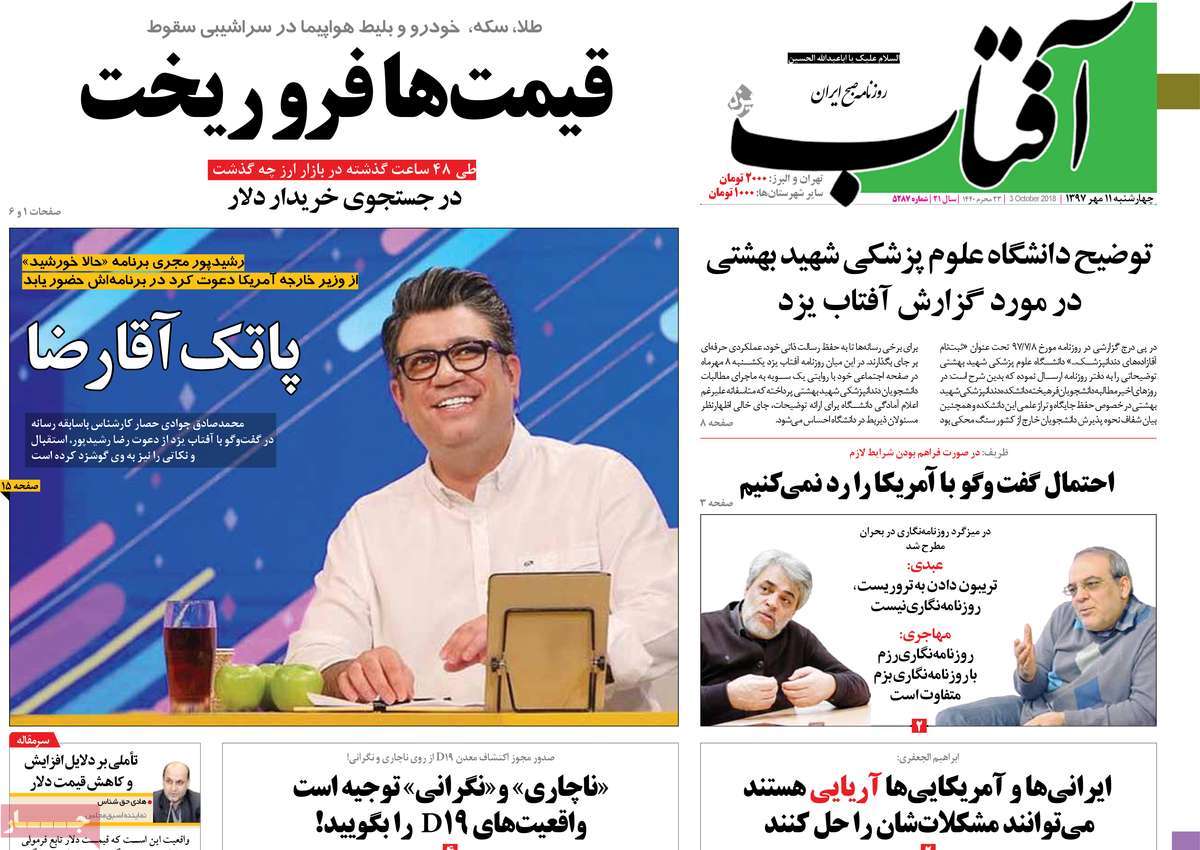 2- CFT Bill Will Definitely Be Passed 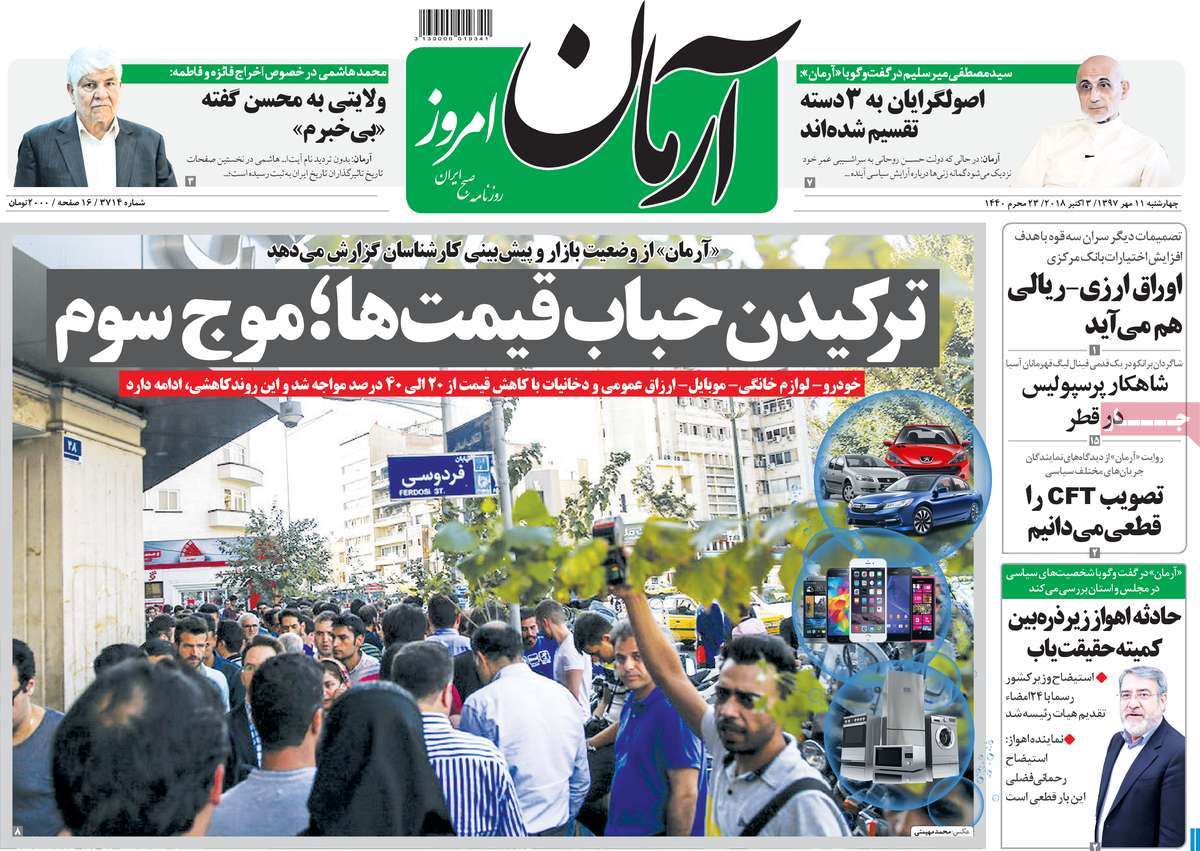 1- Zarif to New Yorker: We’re Waiting for US’ Realism 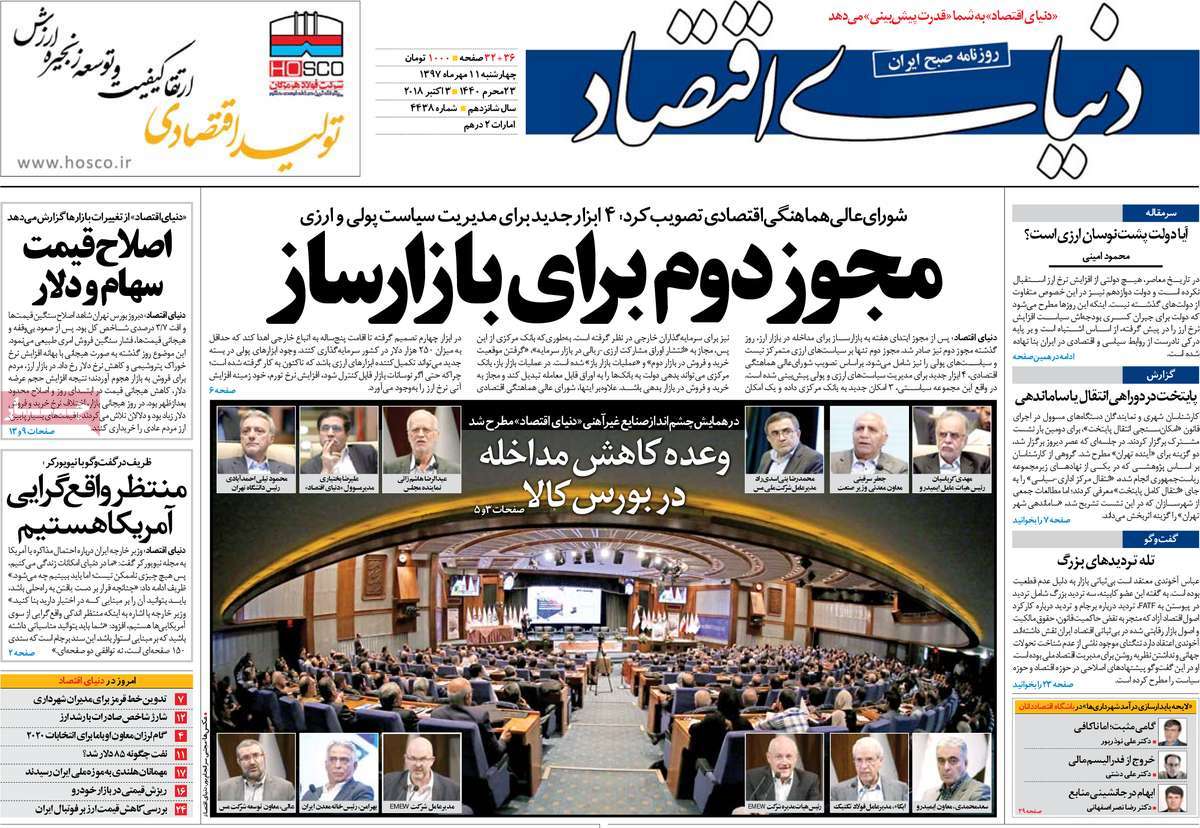 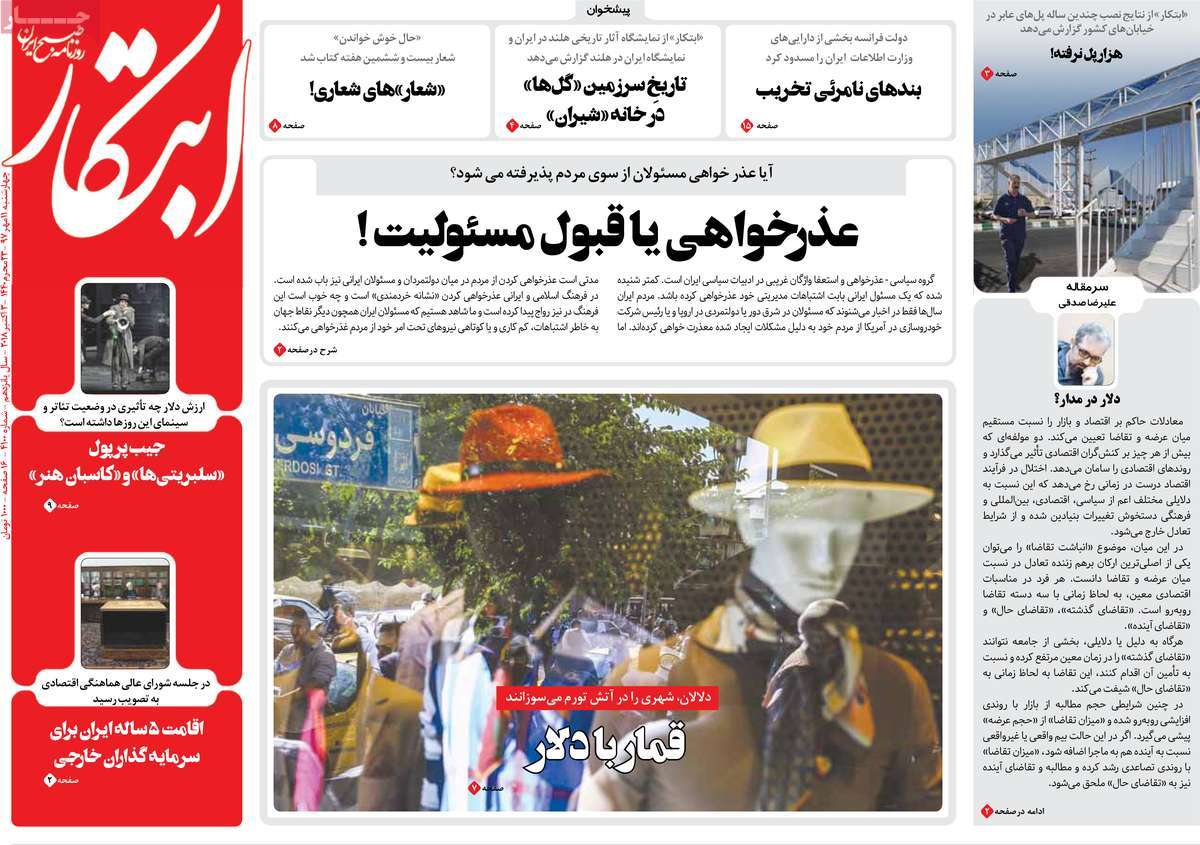 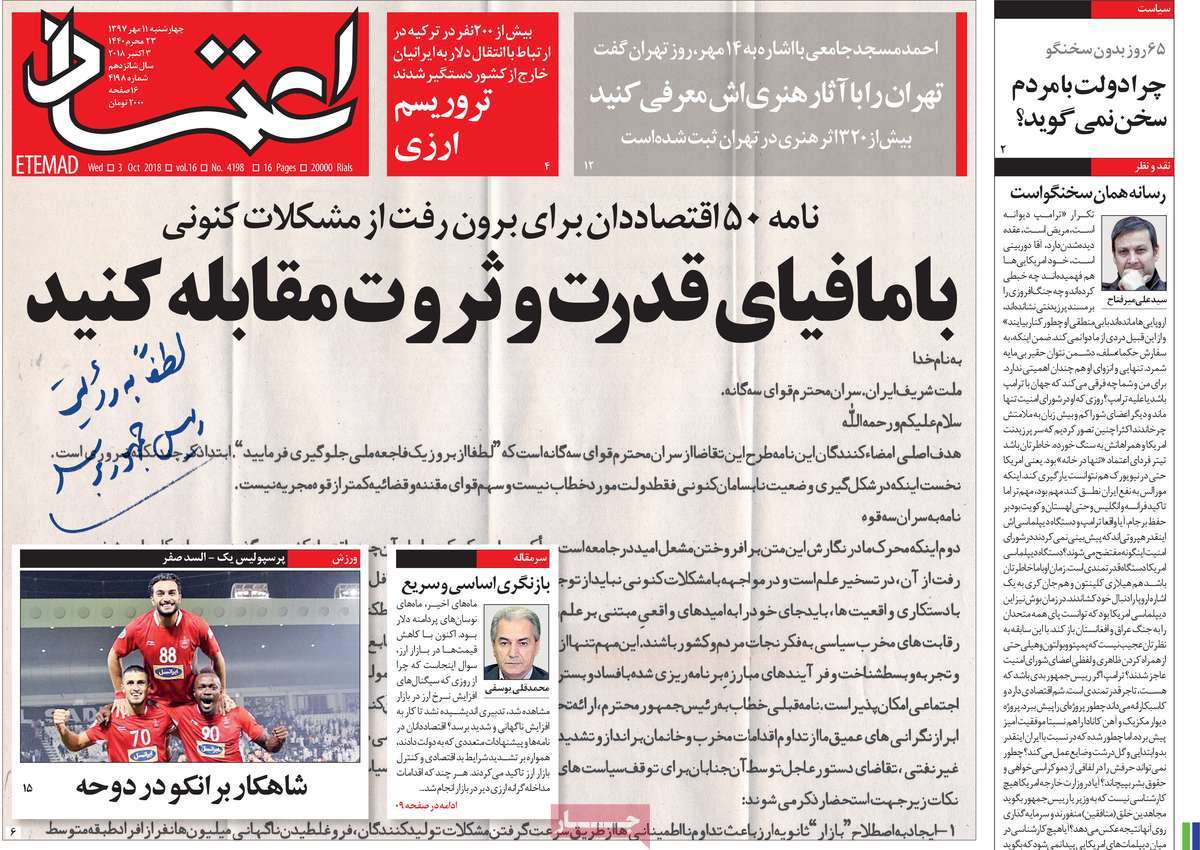 1- Shamkhani to Bolton: IRGC Missiles Landed 3 Miles Away from You!

2- US Provides Israel with $38 Billion in Military Aid 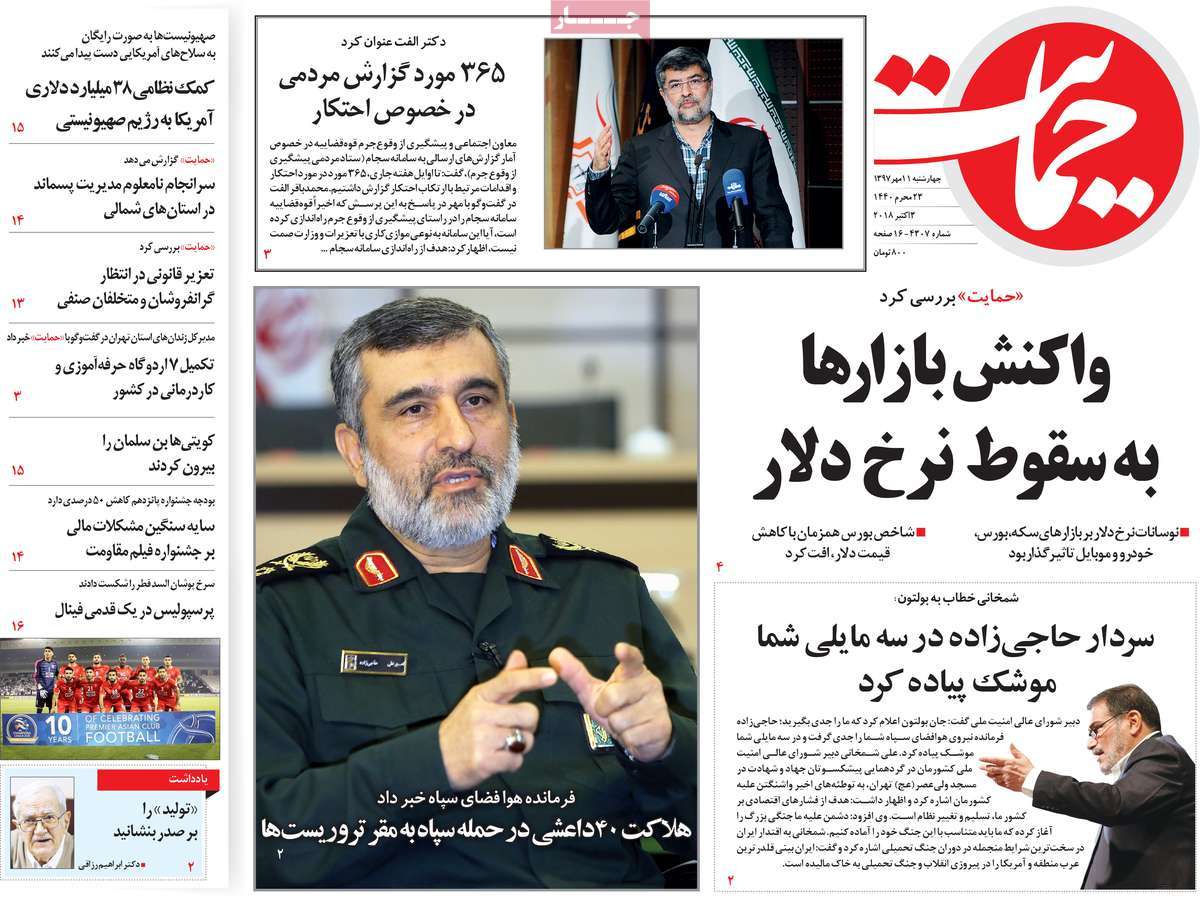 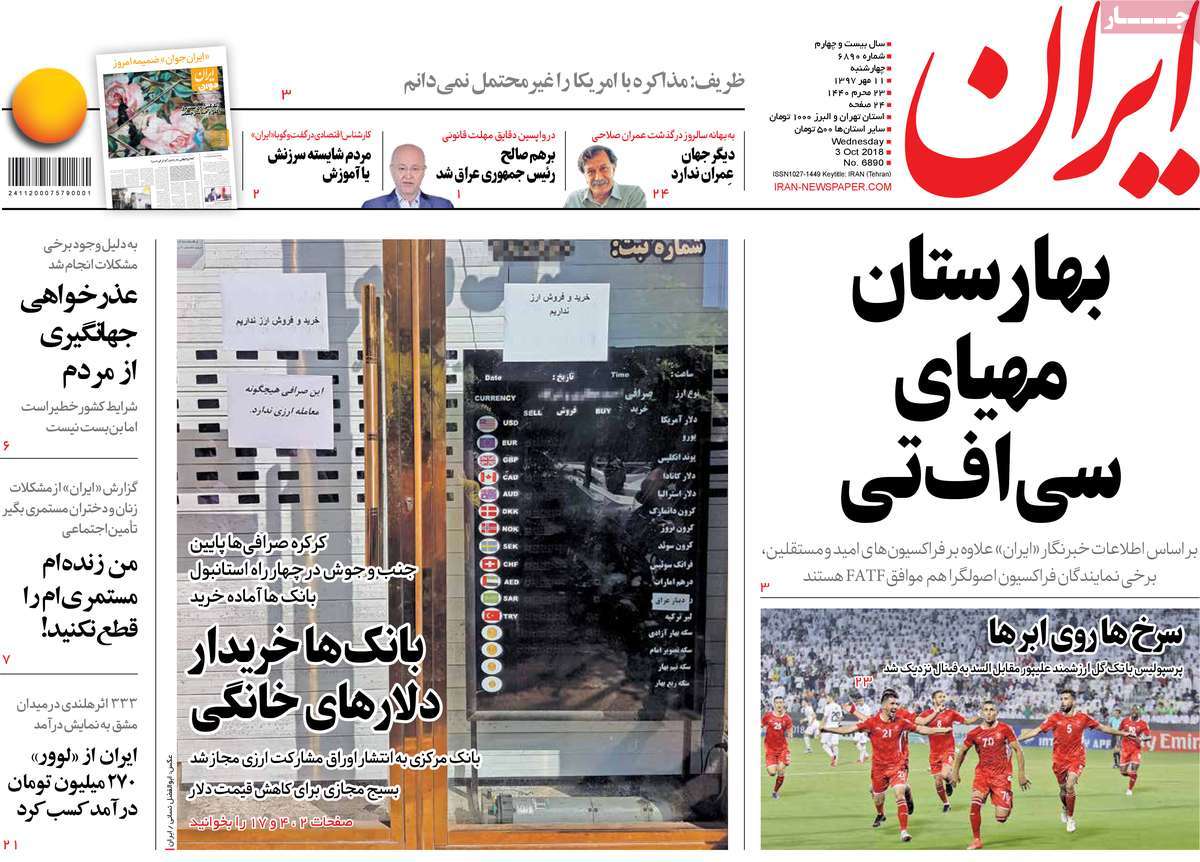 1- Mr Zarif! You Should Watch “Darkest Hours” as Well

2- What Should Government Do with Opportunity of Decreased Dollar Rates 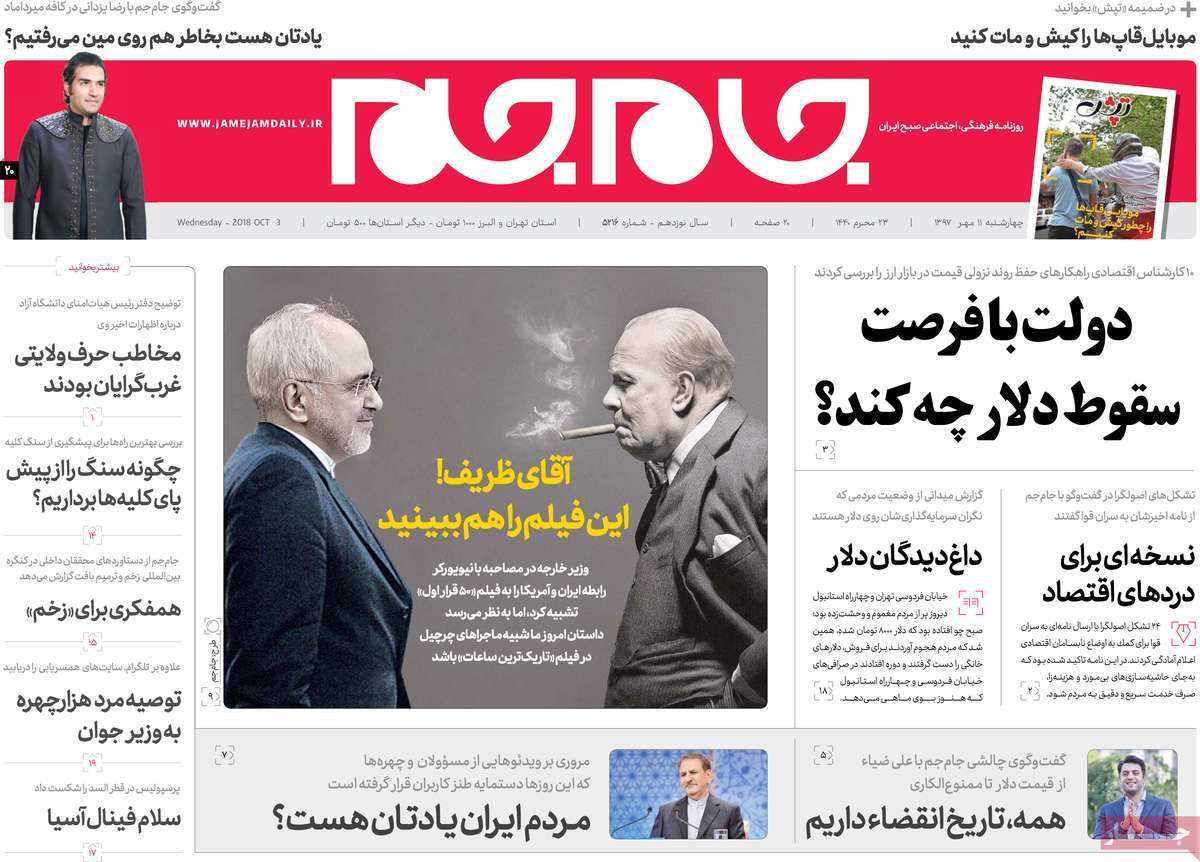 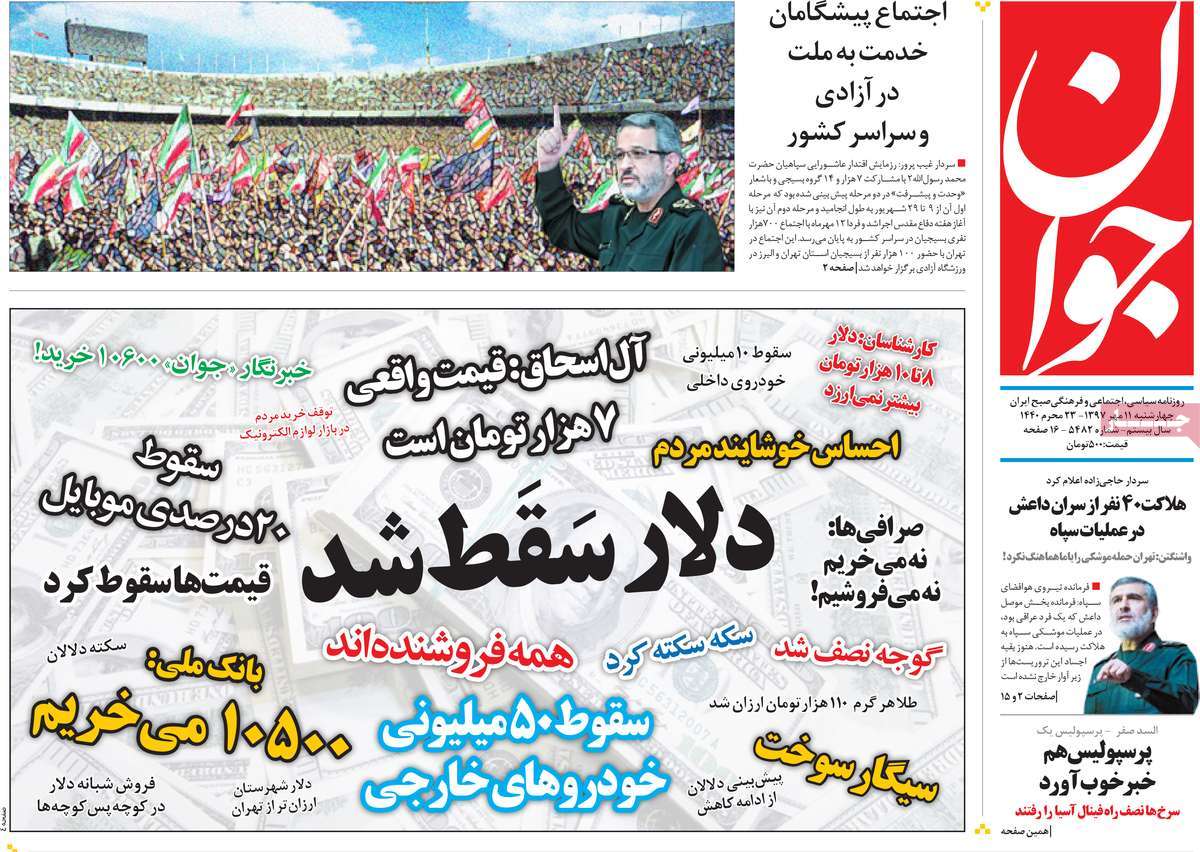 1- JCPOA Took Away Nuclear Energy from Iran, FATF Will Take Away Security, Economy 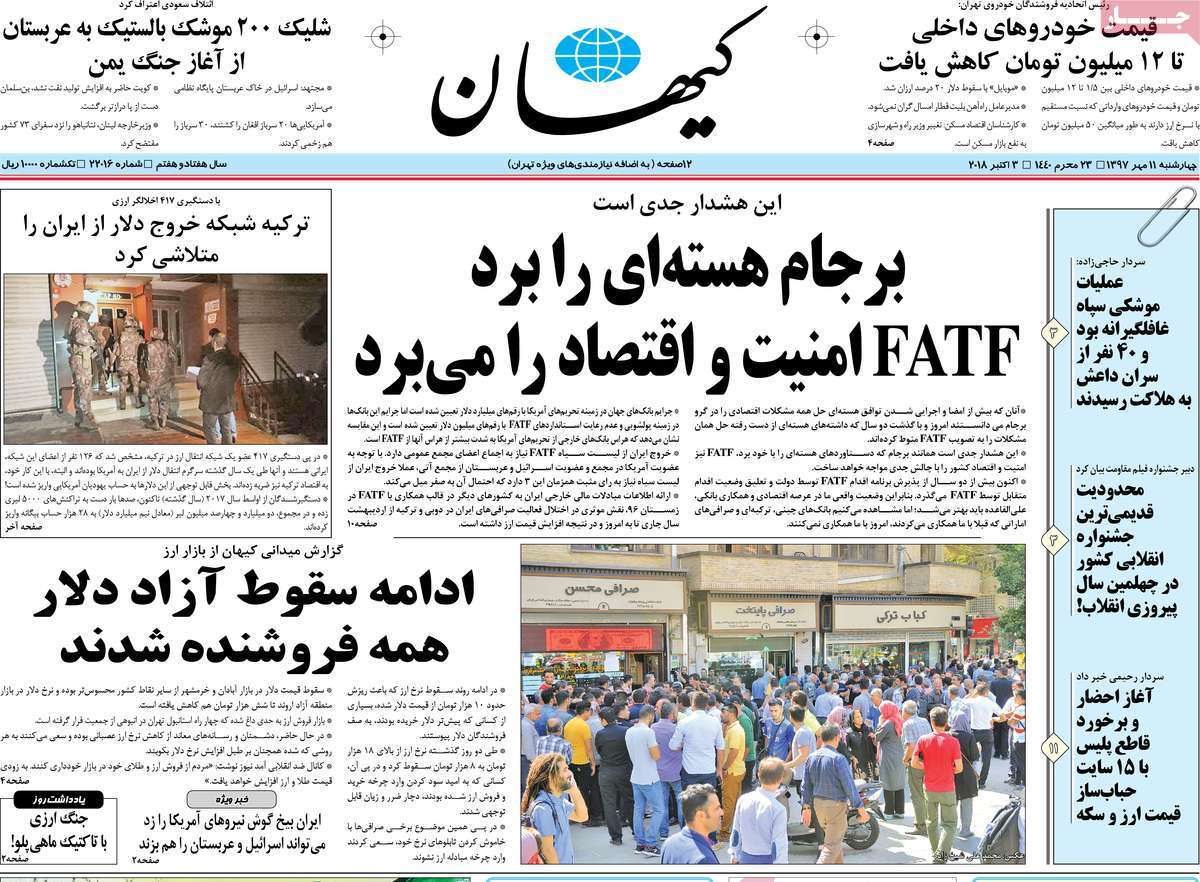 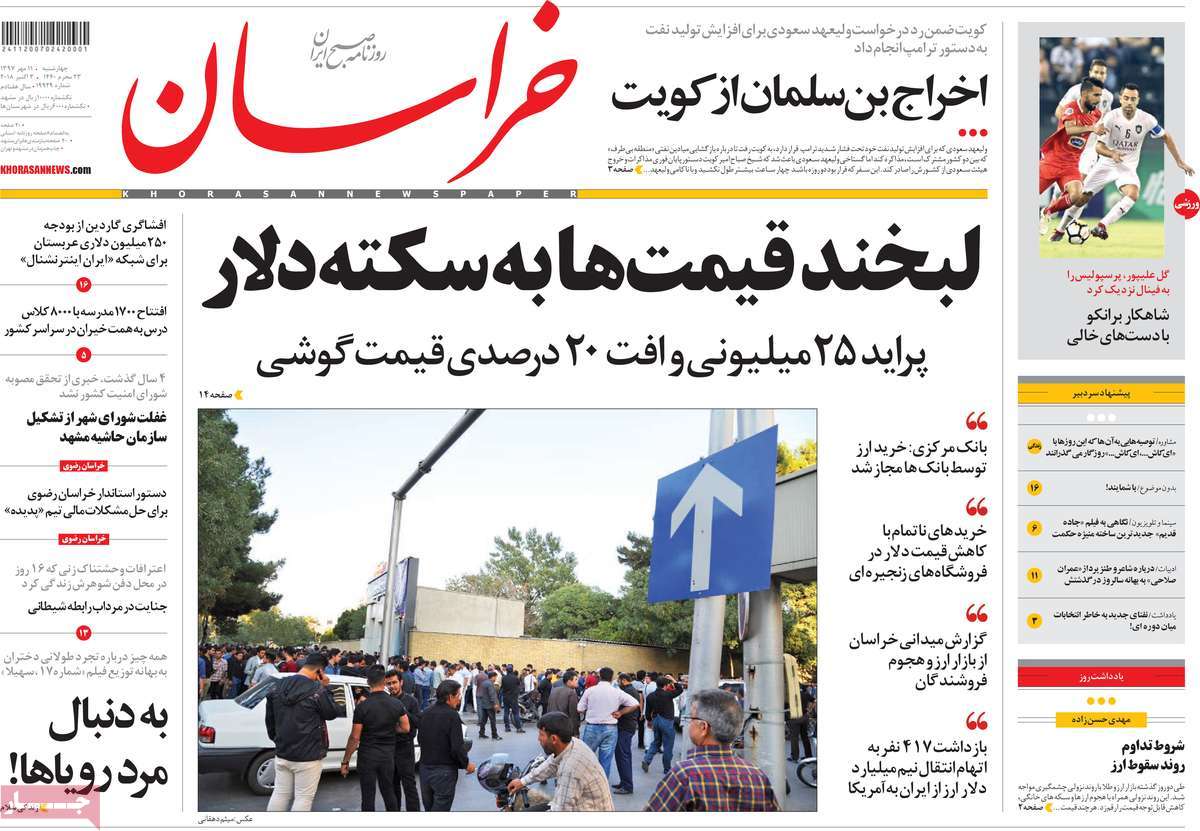 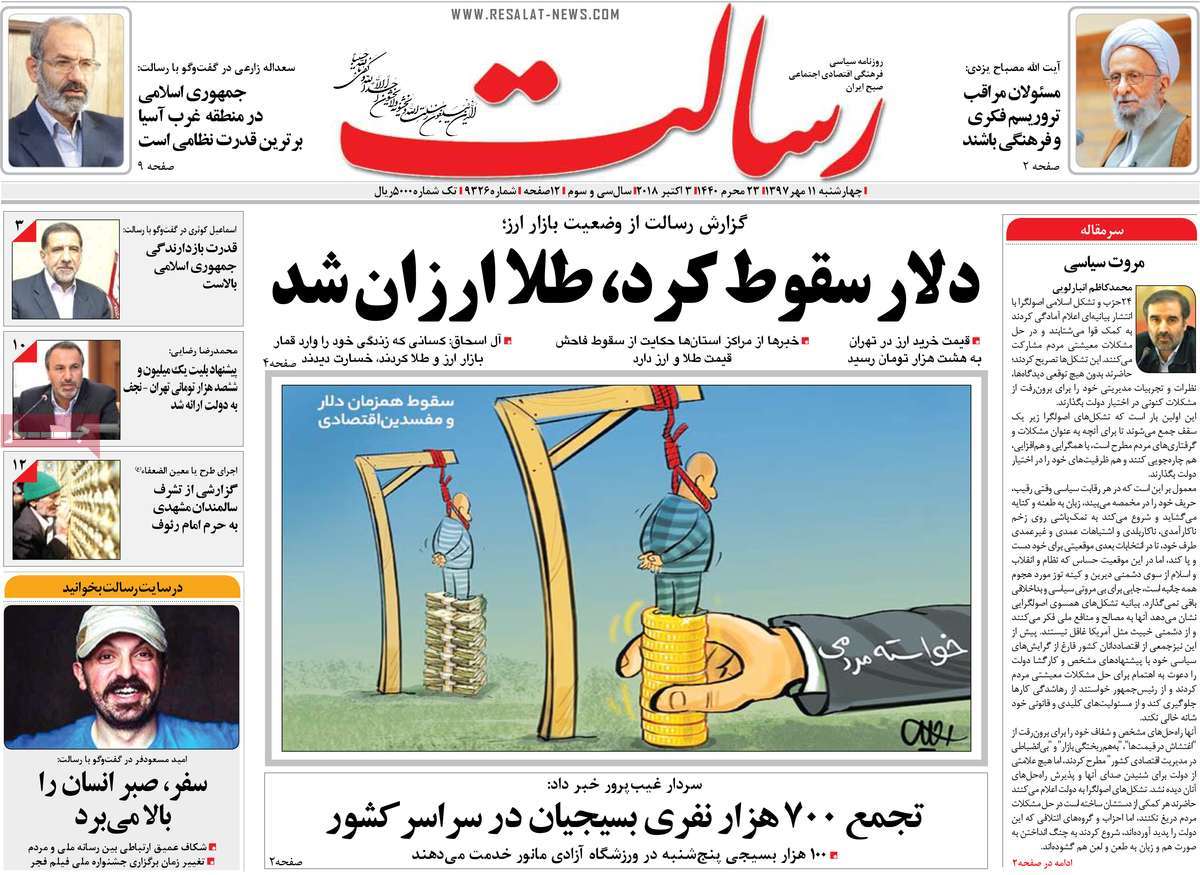 1- Best Way to Know the Unusual Character of Trump [Editorial]

2- Rouhani Invites Reformists for a Meeting