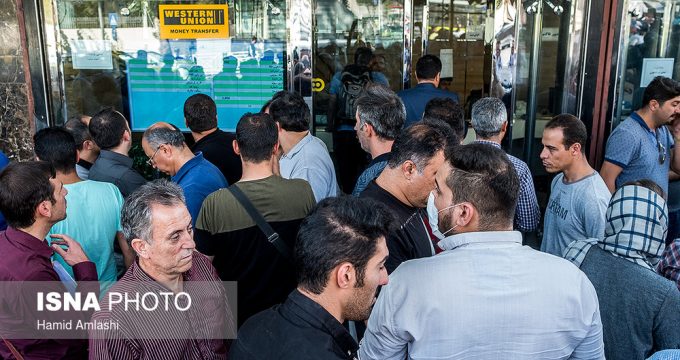 ISNA | Hamid Amlashi: Today, Iranian national currency the rial regained some of its previously lost value after the Central Bank of Iran announced new policies to manage the market. Many people came to sell their dollar banknotes which in turn resulted in further depreciation of foreign currencies, most notably US dollar, against the rial. The following photos show Iran’s leading exchange market in the heart of Tehran which sets the prices for foreign currencies in other cities. The price of US dollar, which had risen up to 192,000 rials last week, went down as low as 160,000 rials today.