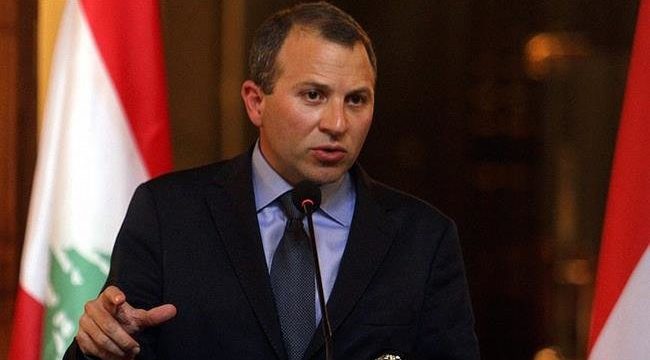 Press TV – Lebanon’s Foreign Minister Gebran Bassil says Israel is seeking to “justify another aggression” against his country after Israeli Prime Minister Benjamin Netanyahu made “false allegations” against the Lebanese resistance movement Hezbollah that it has purportedly built missile sites in the midst of civilian districts of Beirut.

During his speech at the 73rd annual session of the United Nations General Assembly in New York on Thursday, the Israeli premier alleged that Hezbollah had built “three” clandestine missile storage facilities “along Beirut’s [Rafic Hariri] International Airport”, showing some pictures of the so-called sites.

On Monday, the Lebanese top diplomat, however, harshly lambasted Netanyahu’s fresh allegations, saying that what he had claimed were “based on inaccurate information.”

Bassil added that Netanyahu’s allegations were supported by no “evidence” whatsoever, and that showing some pictures “does not contain any proof.” The resistance movement “has missiles but they are not near the airport”, he further noted.

The Lebanese foreign minister also stressed that his country has “the legitimate right to resist until the liberation of all the occupied territories” from Israeli occupation, referring to Lebanon’s Shebaa Farms, which were occupied by the Israeli regime during its full-scale war against Arab territories in 1967.

“Today, Lebanon is raising its voice to reach all the countries of the world, especially the permanent members of the United Nations, to reject the Israeli allegations, to prevent any Israeli aggression on Lebanon, which will have implications for the entire region, especially for the Syrian and Palestinian refugees living in Lebanon,” Bassil further warned.

He also revealed that Israeli military has violated Lebanon’s territories through “air, land and sea 1,417 times for the last eight months, that is, more than 150 times in each month.”

Meanwhile, Lebanon’s Foreign Ministry convened foreign ambassadors to Beirut to respond to Netanyahu’s allegations, saying that the ministry would take the convoys on a tour of at least one of the locations in the capital.

Lebanese President Michel Aoun asserted earlier that Israel’s latest “threats” would not work to cause an escalation with Tel Aviv.

Hezbollah, for its part, ridiculed Netanyahu’s new allegations against the resistance movement, with Mohammad Fneish, a Hezbollah senior member and Lebanon’s caretaker youth and sports minister, saying, “Let’s leave Netanyahu with his lies and delusions, to speak about what he wants and incite in the way he sees fit.”

He also affirmed that Hezbollah “has significant capabilities” as outlined by its Secretary General Sayyed Hassan Nasrallah, vowing that the resistance movement would strongly respond to “any new attack on Lebanon.”

Hezbollah was founded in the 1980s following the Israeli invasion and occupation of southern Lebanon. Since its establishment, the movement has helped the army defend Lebanon both in the face of foreign aggression, including wholesale Israeli wars in 2000 and 2006, and against terrorism. The Israeli regime suffered a humiliating defeat during the second war.

This is not the first time that the Israeli prime minister has been known to level baseless accusations against Iran’s allies in the region and the Islamic Revolution itself.

Taking the podium to address the 73rd annual session of the UN General Assembly in New York on Thursday, Netanyahu claimed that Iran was working to develop nuclear weapons at “secret” sites.

He used a map and photographs of a building that he claimed was a “secret atomic weapons warehouse” in the Iranian capital, Tehran.