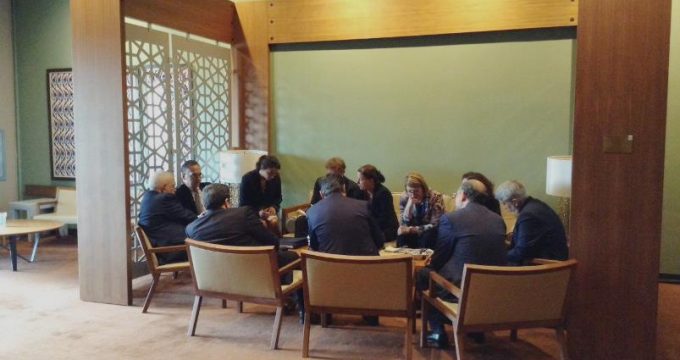 IRNA – The Iranian and German foreign ministers discussed the 2015 nuclear deal known as the JCPOA late on Thursday on the sidelines of the 73rd United Nations General Assembly in New York.

During the meeting, Heiko Maas and Mohammad Javad Zarif dealt with the JCPOA and US violation of the deal, EU and P4+1efforts to implement Special Purpose Vehicle (SPV) to ensure Iran’s benefits under the deal.

Earlier, Zarif held talks with foreign ministers of Group 4+1 as well as counterparts from other countries.

He also participated in the Nelson Mandela Peace Summit and held talks with the P4+1 foreign ministers.