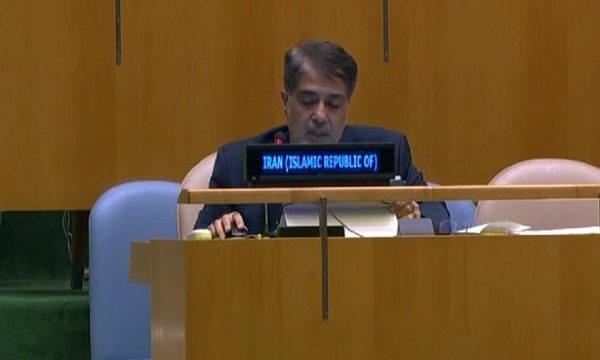 MNA – Iran’s envoy to the United Nations General Assembly (UNGA) Farhad Mamdouhi called Israeli PM a liar who is mocking democracy, adding that the Islamic Republic is fully aware of the regime’s provocations in the region.

Speaking on Thursday in response to the baseless and unfounded claims of Israeli prime minister regarding Iran’s nuclear program, the Iranian envoy to the UN General Assembly added that “the Zionist regime has had a long history of opportunism and misleading public opinion … and is the source of instability and crisis in the region.”

“Netanyahu’s illogical and unwise behavior indicates his unconscious and involuntary tendencies to lie and distort reality, mainly aimed at diverting attention from the barbarism of this regime against the Palestinian people.”