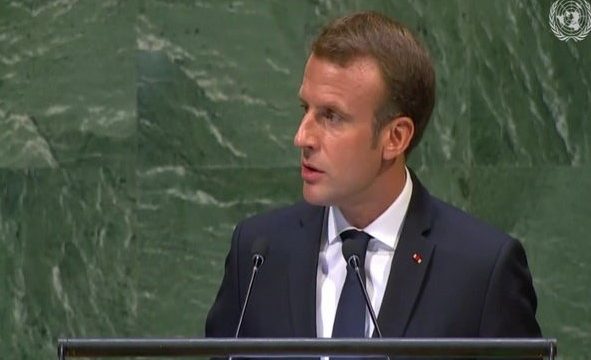 According to Agence France-Presse (AFP), speaking shortly after Trump at UN General Assembly on Tuesday, the French leader credited the 2015 accord rejected by Trump with curbing the nuclear program of Iran.

“What will bring a real solution to the situation in Iran and what has already stabilized it? The law of the strongest? Pressure from only one side? No!” Macron said.

“We know that Iran was on a nuclear military path but what stopped it? The 2015 Vienna accord,” he claimed.

But Macron said “as I was saying a year ago, today we should not aggravate regional tensions but rather through dialogue and multilateralism pursue a broader agenda that allows us to address all the concerns caused by Iranian policies — nuclear, ballistic, regional.”