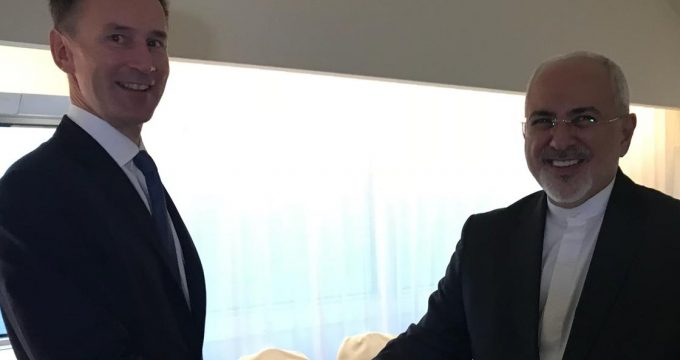 IRNA – UK Secretary of State for Foreign Affairs Jeremy Hunt conferred on Tuesday with his Iranian counterpart Mohammad Javad Zarif at his residential place at the UN on issues of mutual interest and regional and global developments.

In the meeting, the two sides exchanged views on expansion of relations, the JCPOA and regional developments.

During his stay in New York, Zarif also met with his French and Chinese counterparts as well as EU foreign policy coordinator.

Iranian foreign minister also attended a meeting with G4+1 on the JCPOA.